If you’ve got some other great Bug Birthday Party ideas that you don’t see in this post leave me a comment below and I’ll include them at the bottom! You can also check out our Bugs & Insects Pinterest Board here! 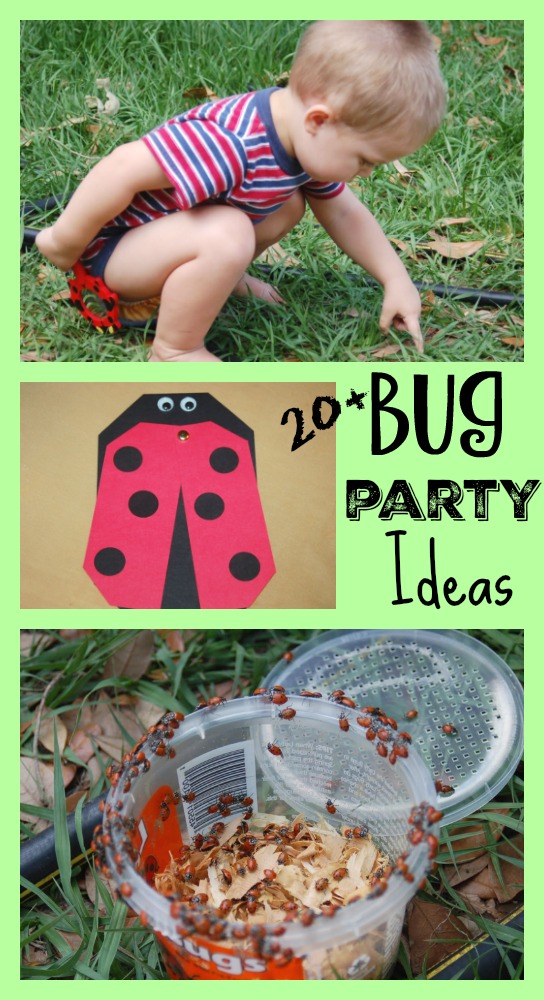 For my son’s 4th birthday we threw a big BUG Birthday Party! My kids are just CRAZY about critters so it was no surprise when he asked for a Bug Birthday Party. We spent an extremely minimal amount too! We spent about $12 for party favors (each kid received a bug catching net and magnifying glass), $4 for piñata treats & toys, $8 for snacks, although the price has considerably dropped since then I paid $18 for the live ladybugs to release (ouch!), and $4 for the materials to make the invitations!
So under $50 for everything- the bugs were the biggest cost. The picture below is the invitation that I made (I am no good at crafts so this had to be simple!). Basically the wings slide out and underneath you read the party details. (You can read how I made it here!) 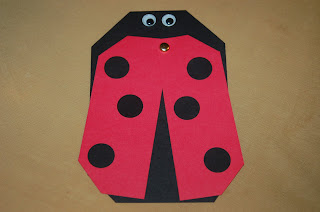 I did not have much in the way of decorations because the majority of the party was all outside. I had a few balloons laying around the house which we blew up for the kids to kill some time, but we didn’t buy anything for decor. I did, however, write my son a happy birthday sign on our chalkboard! 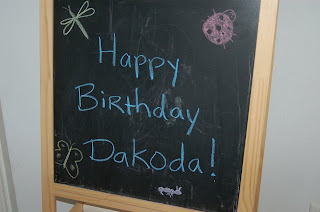 While we were waiting for all of our guests to arrive I had a few bug-themed games laying out for them to play if they wanted. We had Cootie Bug

We ordered live ladybugs to release outside in the backyard during our “BUG HUNT”! This, although I cringed at the expense ($18!), was a huge hit! Now the live ladybugs shipped run around $10ish. Yes, you may think we are nuts, but my son just loved it-as did the other party guests. Believe it or not we ordered our live ladybugs

! The smallest quantity I could find was 1500 ladybugs- which were packed in an incredibly small container! I couldn’t believe it! 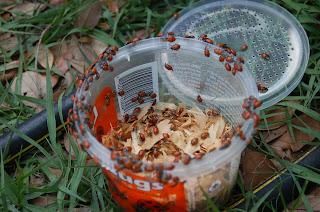 And thus the hunt outside began! The party-goers caught ladybugs, lizards, and anything else they could find outside! I couldn’t believe how easily occupied the kids were! In fact some of the older kids decided to stay outside throughout the party searching for lizards- some even took them home to release later! 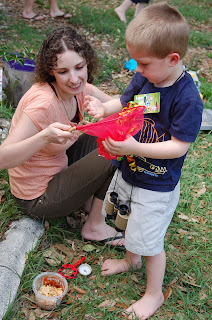 And of course, what’s a good outside party without a piñata? A homemade ladybug piñata at that?! 🙂 You can see how we made that here. 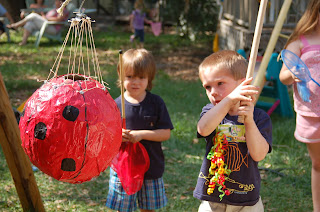 After all of the fun outside, we came in for a little birthday “cake”. Now my youngest is severely allergic to soy, and both boys are lactose intolerant so I had to get creative with the “cake”! I decided to go a non-traditional route and made a rice krispy ladybug cake (brief description of how to make it here)!
I used googly eyes and pipe cleaners for the decor since I couldn’t find anything suitable that was non-dairy at the time. What I was REALLLLLY wanted to do was coat the whole thing in bright red fondant for a red ladybug…..maybe next time!

You can also have the kids make this easy Ladybug Paper Plate craft to take home! Below are some other cool Bug Birthday Party ideas and gifts! You can also consider making this delicious Dirt Pudding or this Bug Birthday Cake. Need MORE ideas? Check out our Bugs & Insects Pinterest board here! 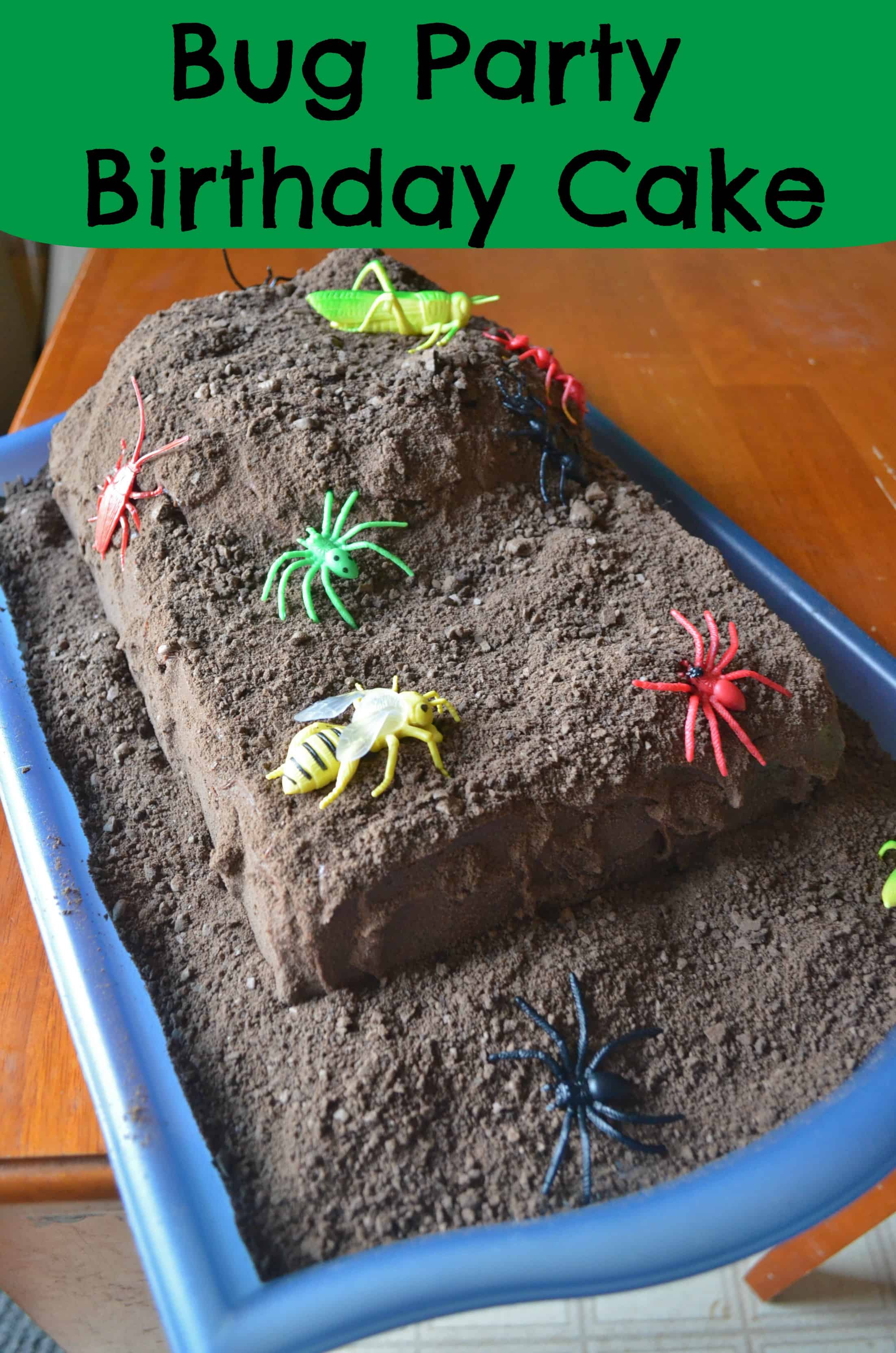