Last year I showed you guys an awesome “Make Your Own Lava Lamp Experiment” which we actually did both at home and in a classroom and the results are just fantastic! BUT in a classroom setting especially it can get incredibly pricey as you need a very large amount of oil. 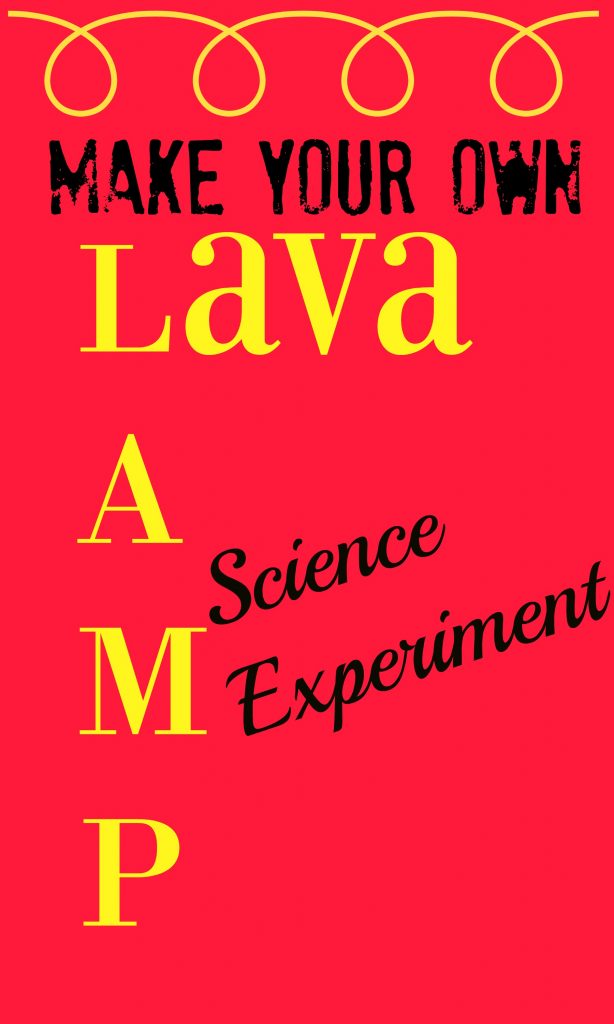 So I wanted to find a cheaper alternative to this experiment with similar effects. This Lava Science Experiment in a Bowl doesn’t have quite the bang as our other experiment but it’s certainly MUCH more cost effective! 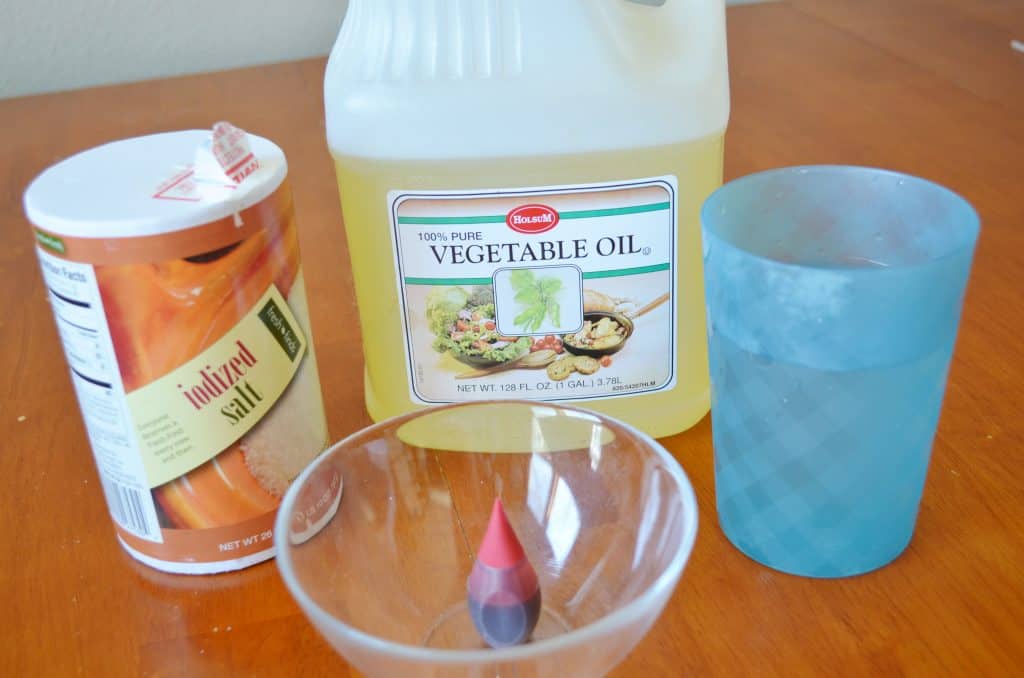 We used a clear glass bowl but you can also use a clear cup. Pour the water into your container until it is about 3/4 full. Add 6 drops of red food dye. Ask your students what they think will happen if you pour the oil on top. Then pour a good amount of oil into your bowl. 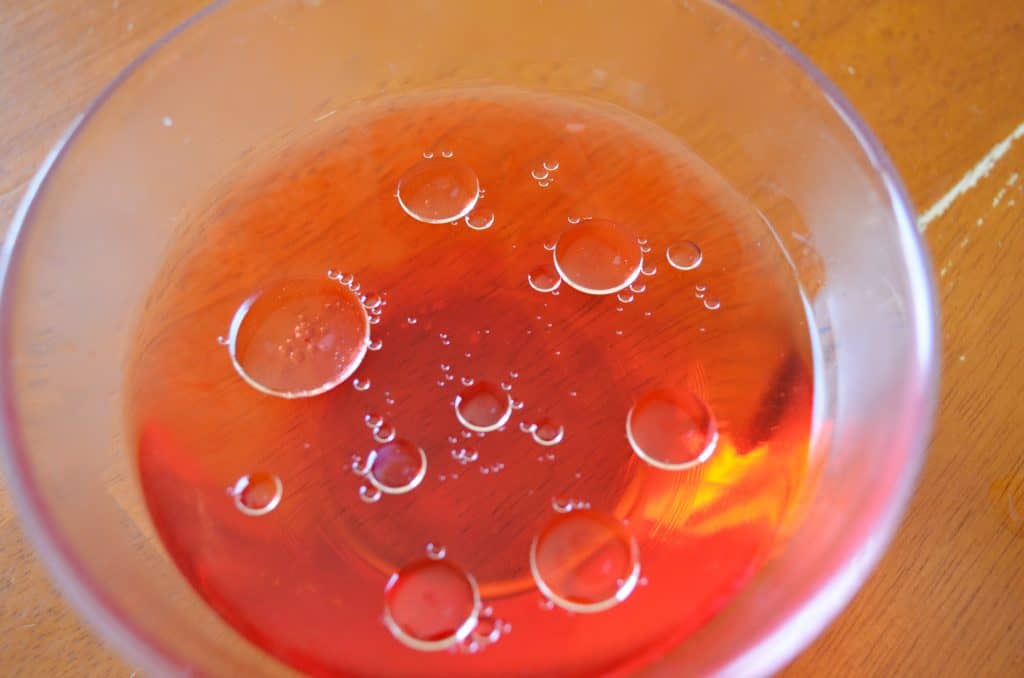 This is a great and simple way to introduce density! The oil floats on the water…..but what happens if you then pour salt on it? 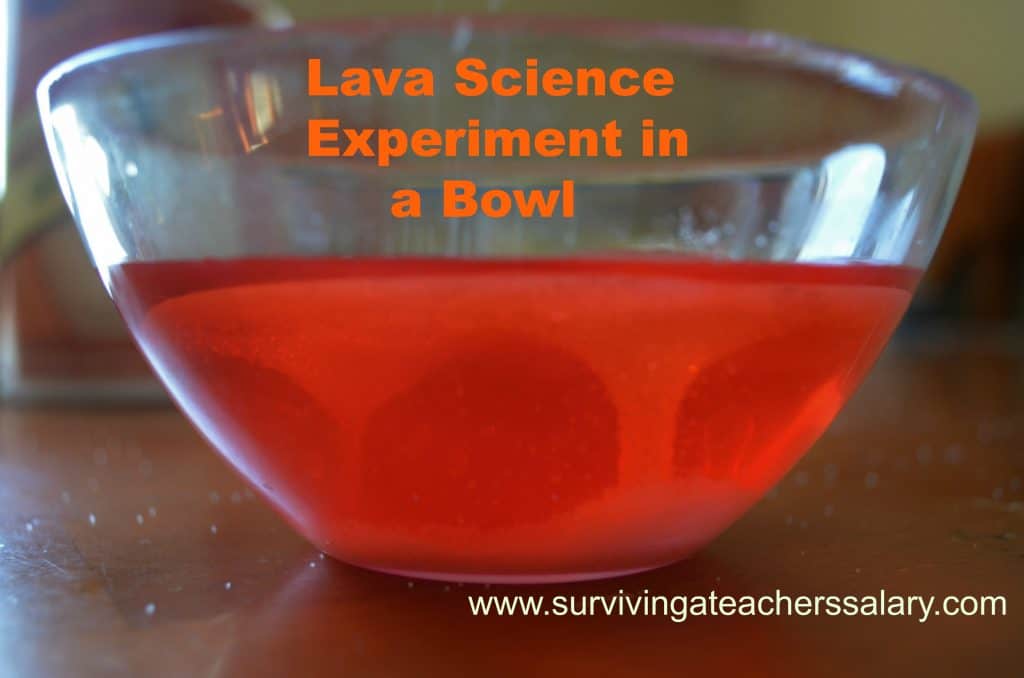 The salt is heavier than the oil and the water so it falls down into the bottom of the bowl carrying some oil with it. As the salt dissolves the oil then rises back to the top since the oil is lighter than water. This causes a “bubbling lava” type effect which can best be seen from the outside of the bowl. 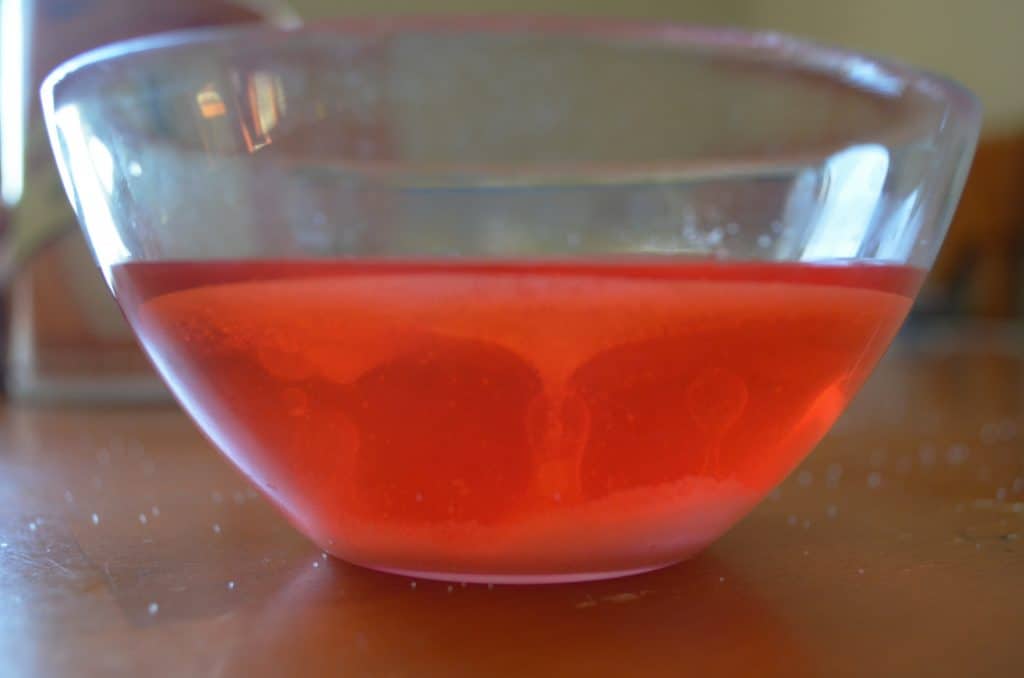 Add more salt to see the “lava” bubble! Again this doesn’t have quite the “WOW” effect as our other experiment but it is extremely simple to do, very cost efficient and still very easy to get the point across! Below you can see our water bottle version of the Lava Lamp Science Experiment. 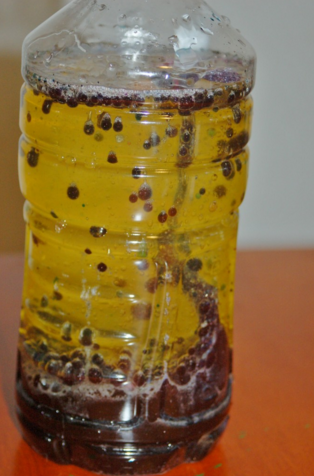