↑
Home » science » Color Changing Celery – a Simple Science Experiment for Kids
This post may contain affiliate links, view my disclosure policy.
Most of us at one time or another have done the color changing celery science experiment – whether it’s with your children or when you yourself were in elementary school. This easy science experiment is a great cause and effect science lesson for kids! 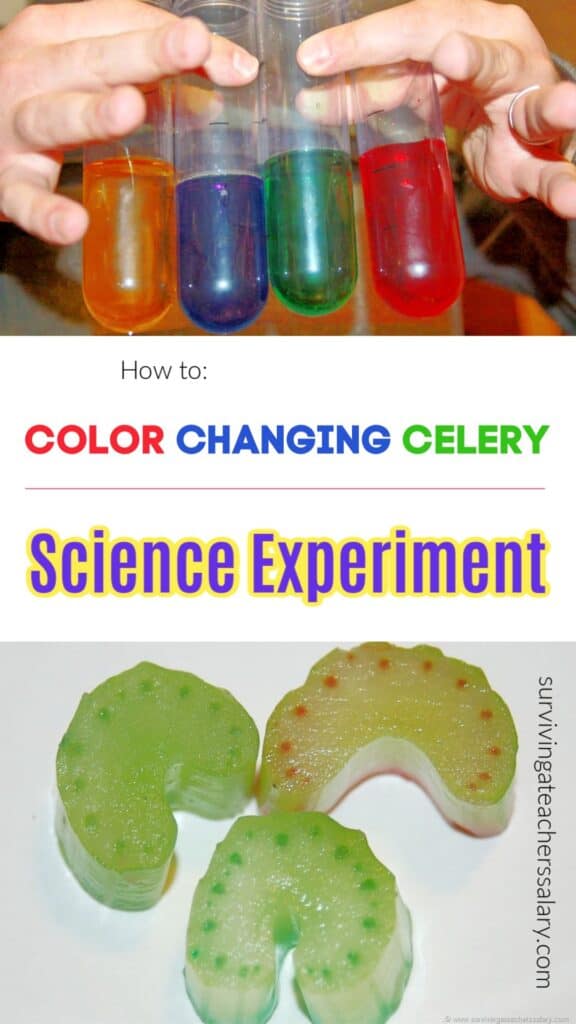 Even though I have done this experiment in the past and have a degree in Biology I STILL learned something new this time around! It would make a GREAT science fair project for younger children! 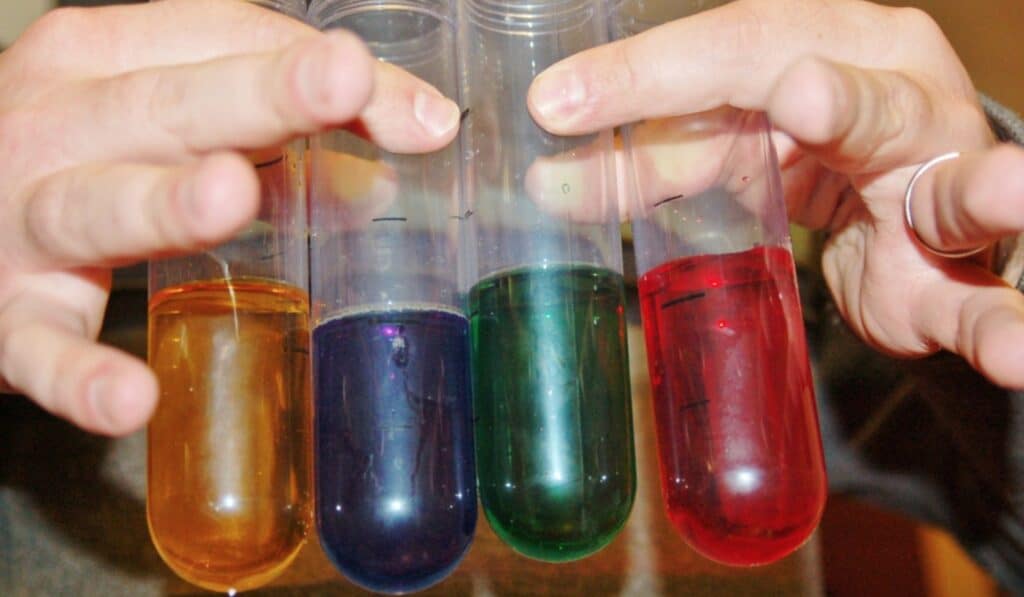 Pretty cool colors huh? We used our Jumbo Test Tubes we bought from Learning Resources for our celery experiment but you can use cups too – my boys just thought it was cool to be able to see through the clear container.
Pour the same amount of water in each container, then add any colors desired, preferably a different color in each container. 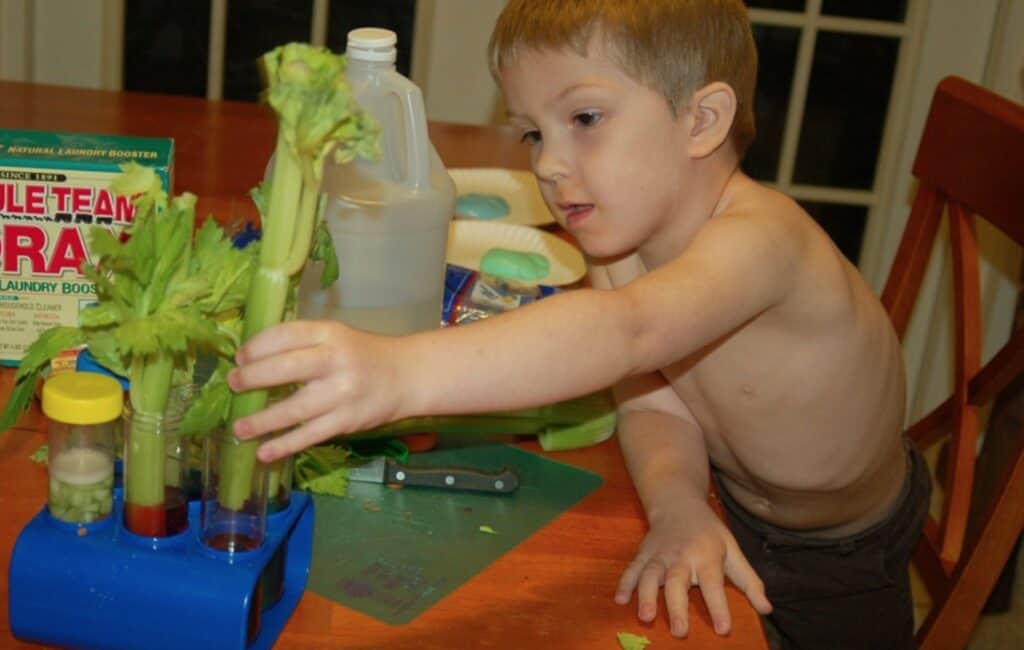 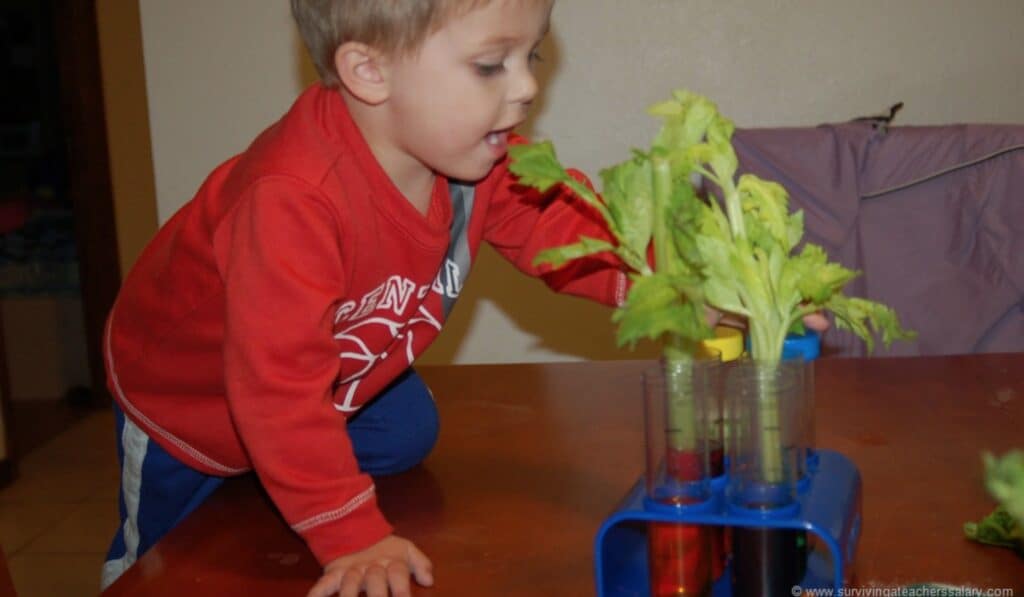 I let my kids pick out their own colors, celery, and set it up themselves. This is a great and very simple hands-on project for even the youngest ones.
Because my children are younger I sat down with them before the put their celery in the water and made sure they understand how plants “drink” water. I then showed them how the celery gets it’s water.
If you are doing this for a science fair project or want to take your experimenting even further you may want to try and see if there is a difference between cold, warm, and hot water. 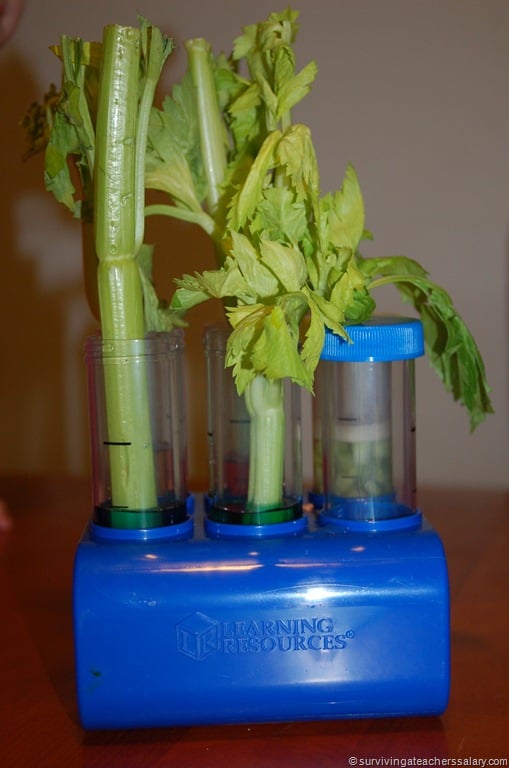 Once our celery was in place for the night I asked my 4 year old to hypothesize what he thought was going to happen. His hypothesis was that since the water was colored the plant would not be able to drink it. I wasn’t expecting that observation but it was a good thought!
So I told him we would check the celery in the morning to see if they were thirsty or not!
The next morning my kids were eager to check out their celery so I began cutting a slice into the celery – the results were fantastic! My kids were thrilled to see that their celery not only drank the water while they were sleeping but that it also dyed the inside of the celery as the water traveled up to the leaves! 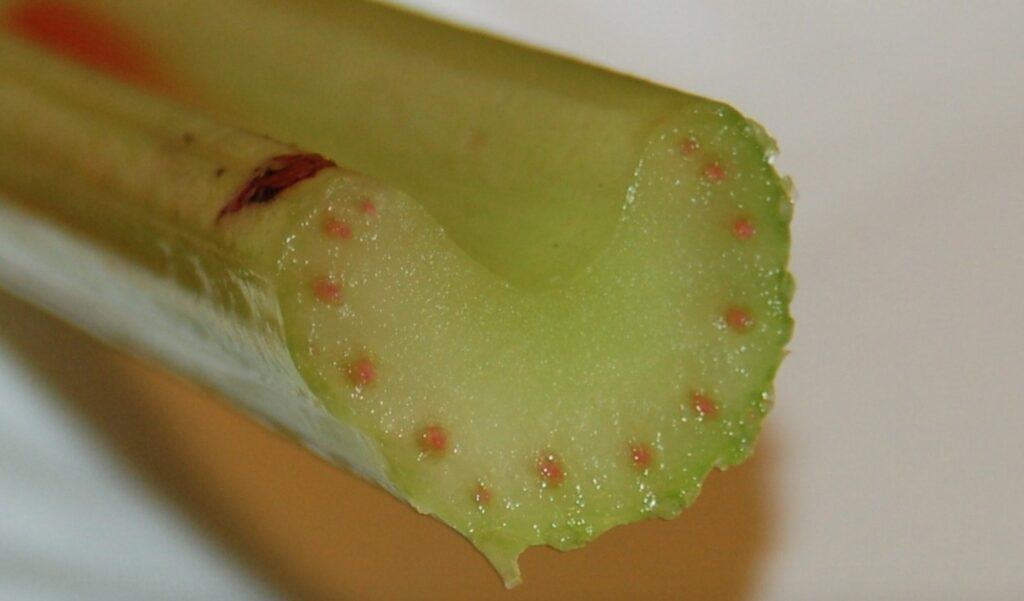 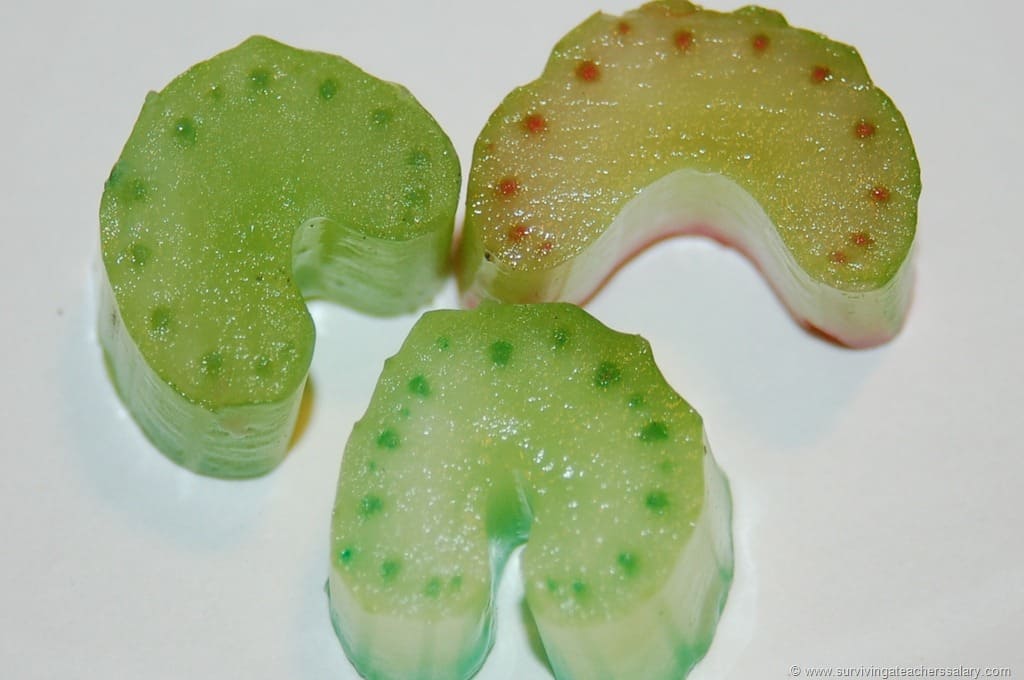 Now I’ve done this experiment in the past but never thought about the difference as to whether the celery had the leaves on top or if they were cut off.
I was intrigued to find that you could see the vein pattern in the leaves from the colored dye – even though the celery was a bit old and welted – see the red veins in the leaf below? That is from the red food dye. 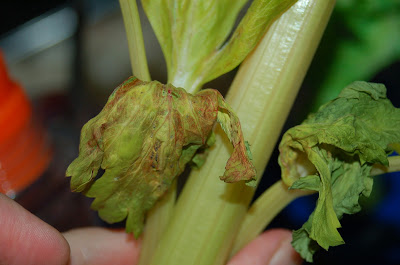 This one is a little hard to notice but it is splashed with the blue dye from the veins of the celery. 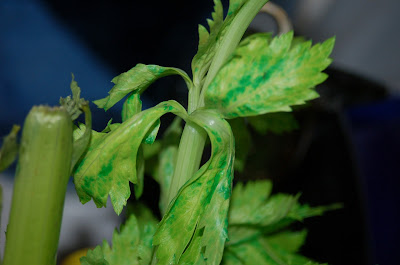 Only some of our celery still had the leaves at the top so once I noticed that the leaves had soaked up the colored water as well, I noticed in the test tube that there was a HUGE difference in the level of the water even though each container had the same amount of water to begin with.
In fact by the 2nd morning the containers with celery that had leaves had NO water left in the test tube whereas the celery with no leaves had almost the entire amount of water left! It was certainly an interesting observation that would make a clever science fair project!
It certainly makes sense but it was an interesting observation that I had never noticed in the past! It’s amazing how doing the simplest science experiments with your kids can even teach you something too!!