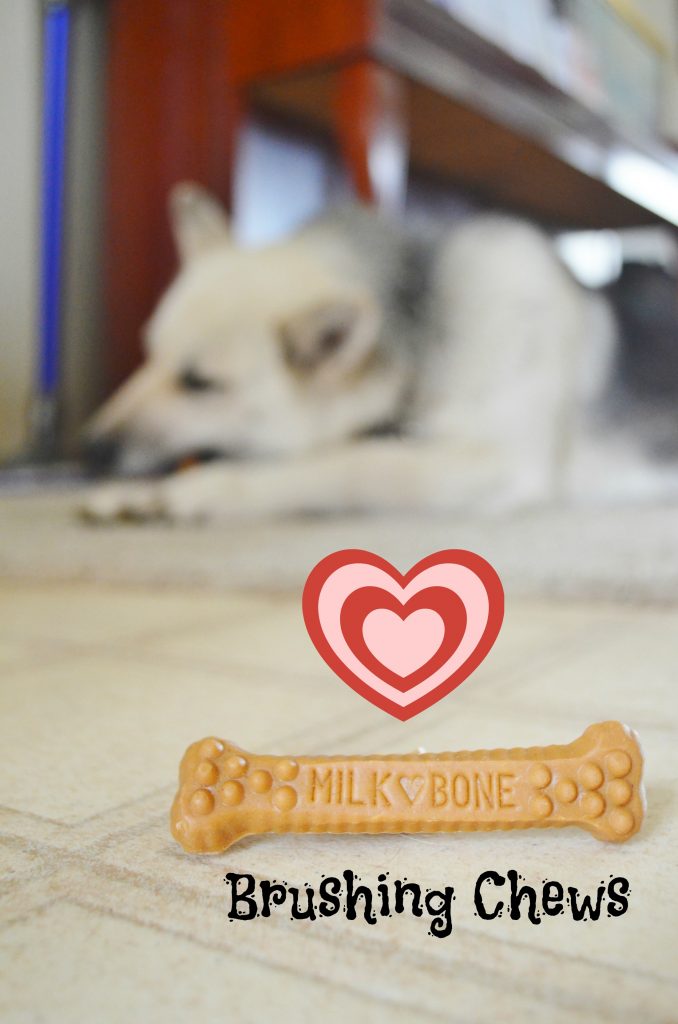 If you were following my blog about a year and half ago you may remember that our family rescued a German Shepherd/Husky mix that we named Jenny. When we adopted her she had no clue what treats were or how to play with toys! It took a while but she finally decided that dog treats weren’t such a bad thing after all!

I’ve been concerned about properly caring for her teeth since I have no idea what kind of care she had (or didn’t have!) before us since she was found on the streets so I was really eager to try out the Milk-Bone® Brushing Chews™ for her which are clinically proven to be as effective as brushing your dog’s teeth twice per week based on reduction of tartar build up and bad breath.

I can tell you that BOY does her breath stink and if you’re a parent of kids like I am you certainly don’t have the extra time to brush your dog’s teeth! I’m lucky just to get my kids in a good oral care routine let alone my pup! 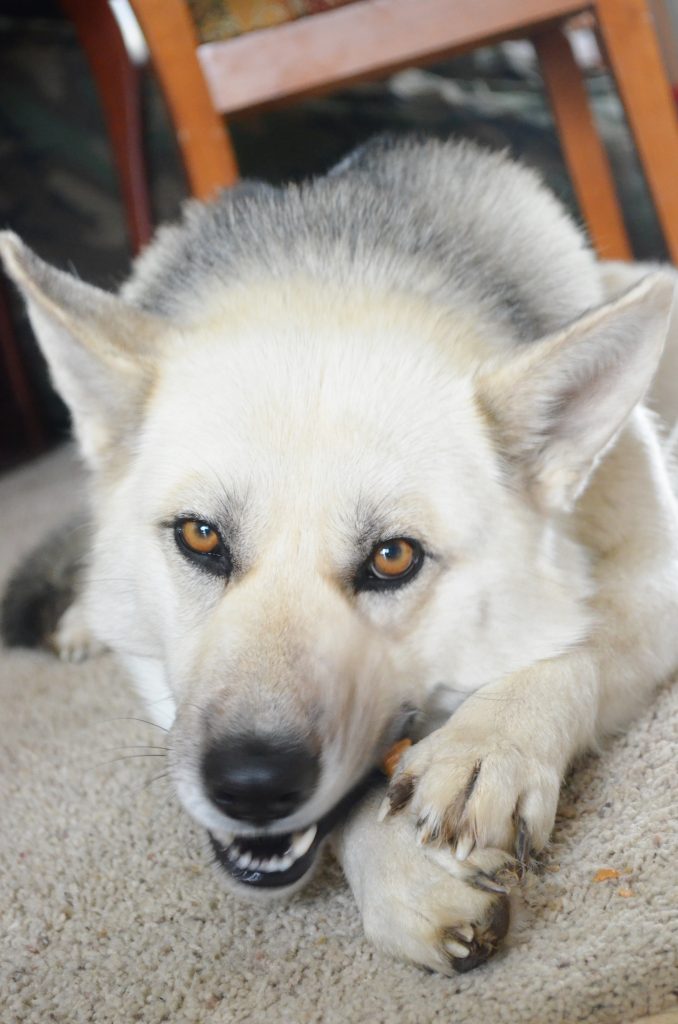 My Jenny girl is fairly picky with her treats and has just recently begun enjoying them – her favorite was rawhides! That is until she tried these Milk-Bone® Brushing Chews™. Now she’s a NUT over them….and oddly enough I have to hide the bag because my cat attacks them too! I won’t lie – they actually smell really good!!

I absolutely LOVE giving them to her – not only because they make her happy but because I know that they are healthy for her teeth too! I will definitely be looking to buy these for her when her box runs out! I want to keep my dog healthier in the long run and prevent unnecessary dental bills because vets sure aren’t cheap! 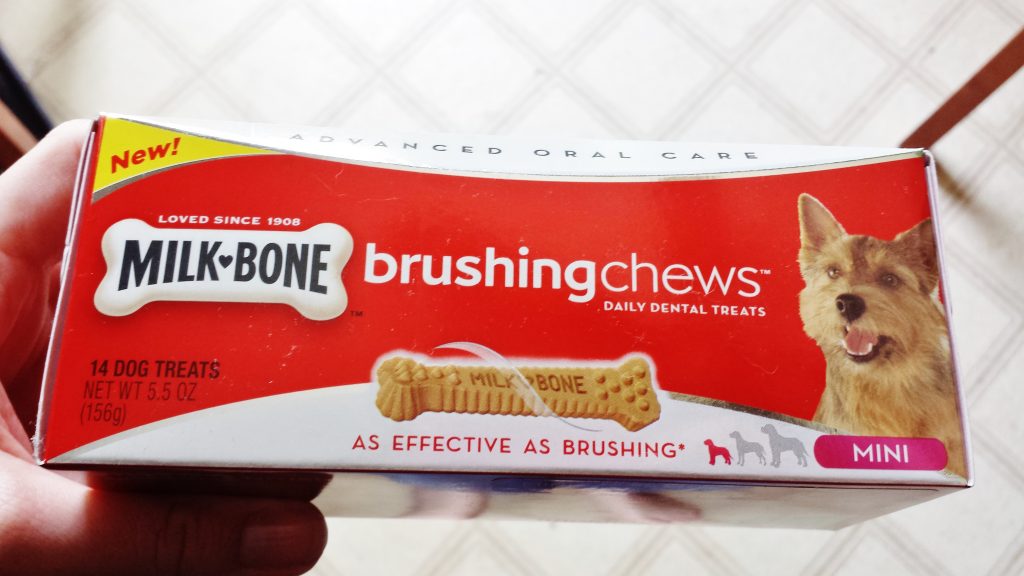 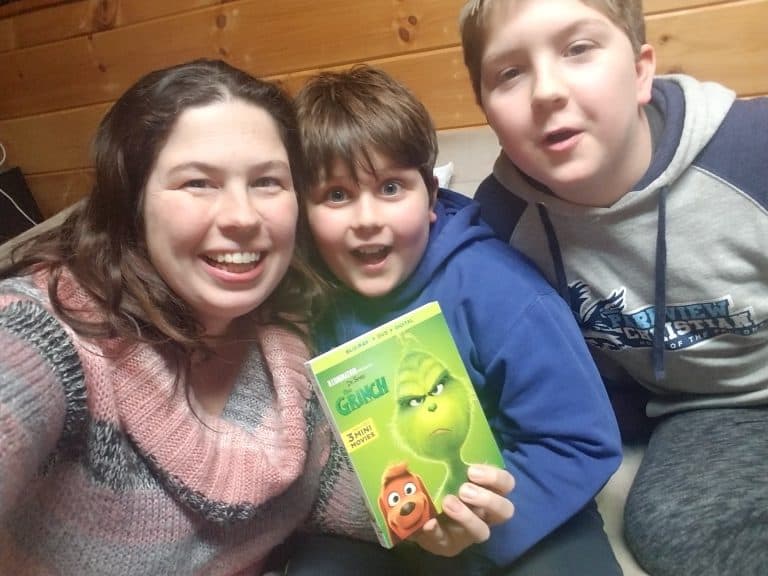