Disclosure: I was not compensated for this review. I received a monkey….no, not a real monkey silly. 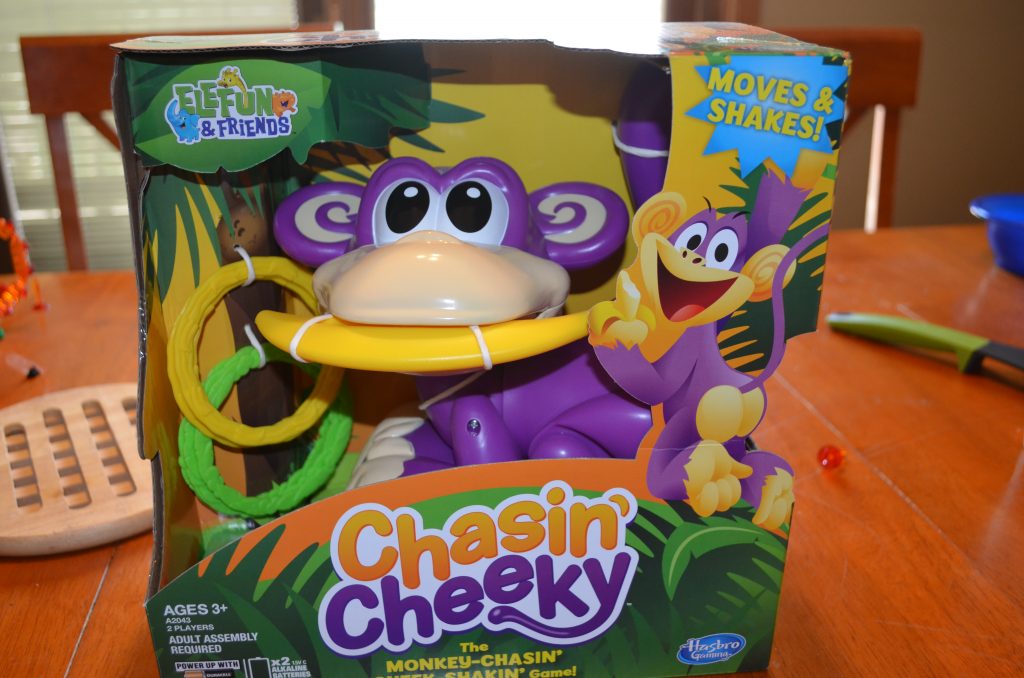 Recently Hasbro sent me their new Chasin’ Cheeky game for preschoolers to review. My youngest son, heading off to preschool next week, is a huge fan of monkeys so I thought this would be perfect for him! It looked SO cute….and I quickly realized WHY he is called Cheeky LOL. His little monkey butt shakes like I’ve never seen on a plastic game toy before! 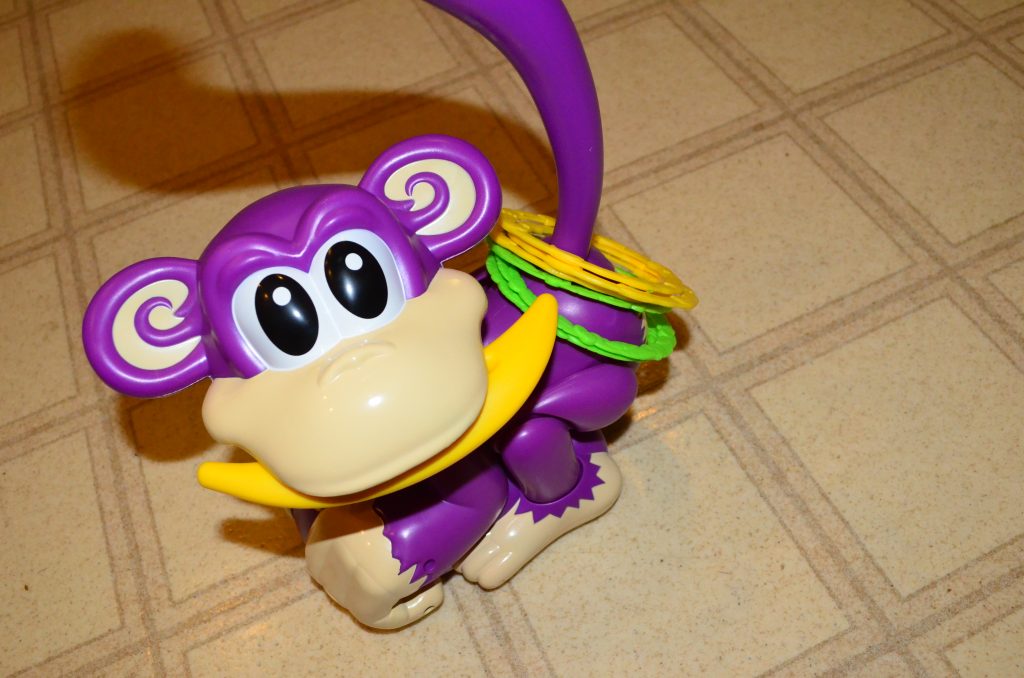 The object of the game is to throw the rings on Cheeky as he is “running” around on the floor. Once all three of your colored rings are on his tale you can grab the banana out of his mouth and you win the game!! 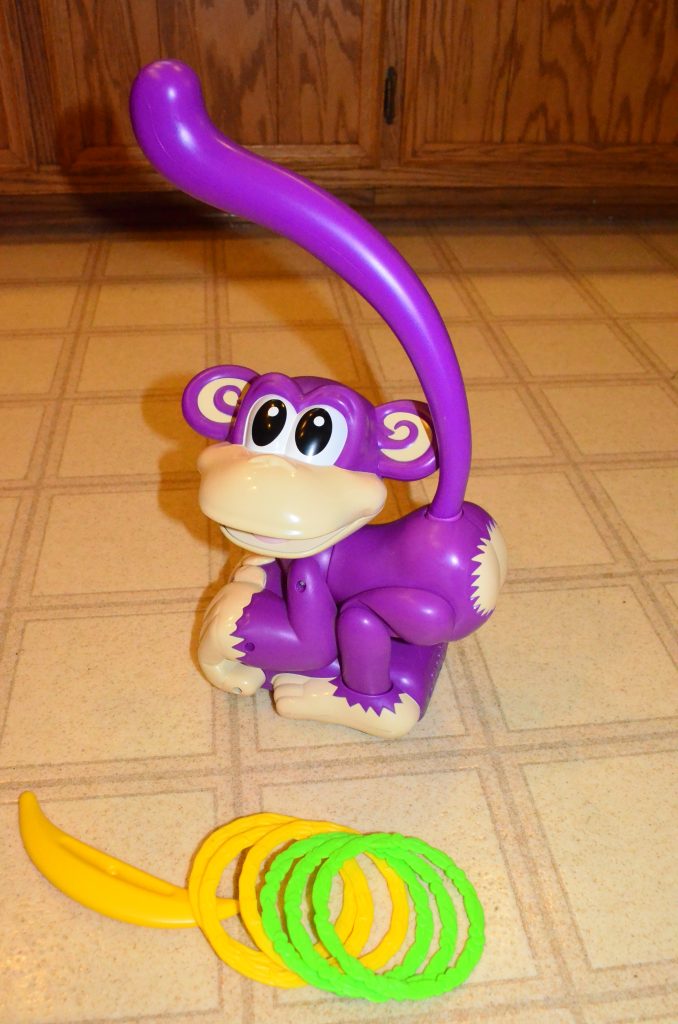 My boys, ages 6 & 4 years old, both had a blast playing with Cheeky. We started having them play together but we quickly realized that they were on such different levels they just fought about who was throwing the rings and who was just putting them on the tail – so we decided to change the game up a bit and have them throw the rings on Cheeky’s tail individually. They thought it was hilarious that the monkey’s butt wiggled around and I have to admit, it was quite a sight to see!

It’s a fun and challenging game for preschool or elementary kids! My boys have had a lot of fun taking turn trying to see how quickly they can throw their rings onto the monkey then stealing his banana. He has an on/off switch so you don’t waste the batteries. (phew!) When you turn it on it scurries around the floor and turns in circles so you never quite know which direction the monkey will turn it’s tail.