Every week we try to have a special family movie night, and have had this tradition since the kids were born! This week we received a special box in the mail from our friends at Universal Pictures Home Entertainment. Inside was the NEW Dr. Seuss’ The Grinch movie! It is available on digital January 22nd and on 4K Ultra HD, 3D Blu-ray, Blu-ray and DVD February 5th!

Below are some crafts, activities, recipes, and BONUS FEATURES details on the new Blu-ray! 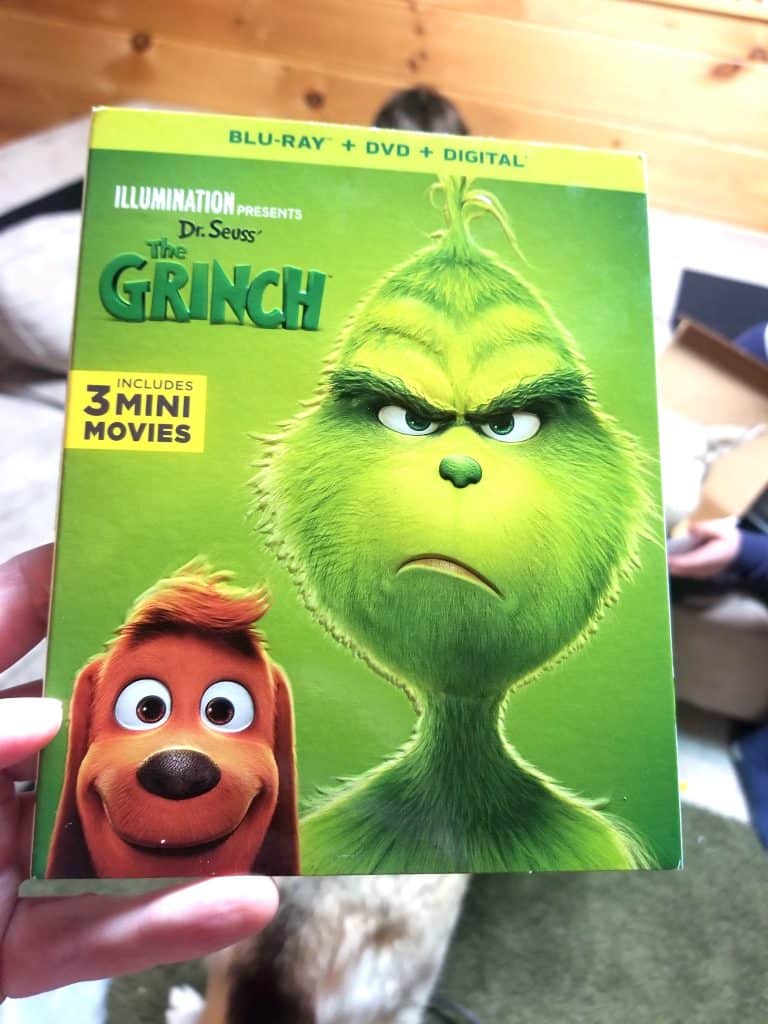 We didn’t get the chance to watch this movie in theaters so all 5 of us were pretty psyched to watch The Grinch at home!! It is SO CUTE and by far my favorite Grinch story yet!

Check out the trailer below:

The Grinch on Blu-ray / DVD / Digital comes with 60 minutes of bonus content!! Included are three hilarious new mini-movies featuring the Minions and Max! In fact there is even a “how to draw” session that kids will love! My kids really enjoyed all of the extra bonus content! 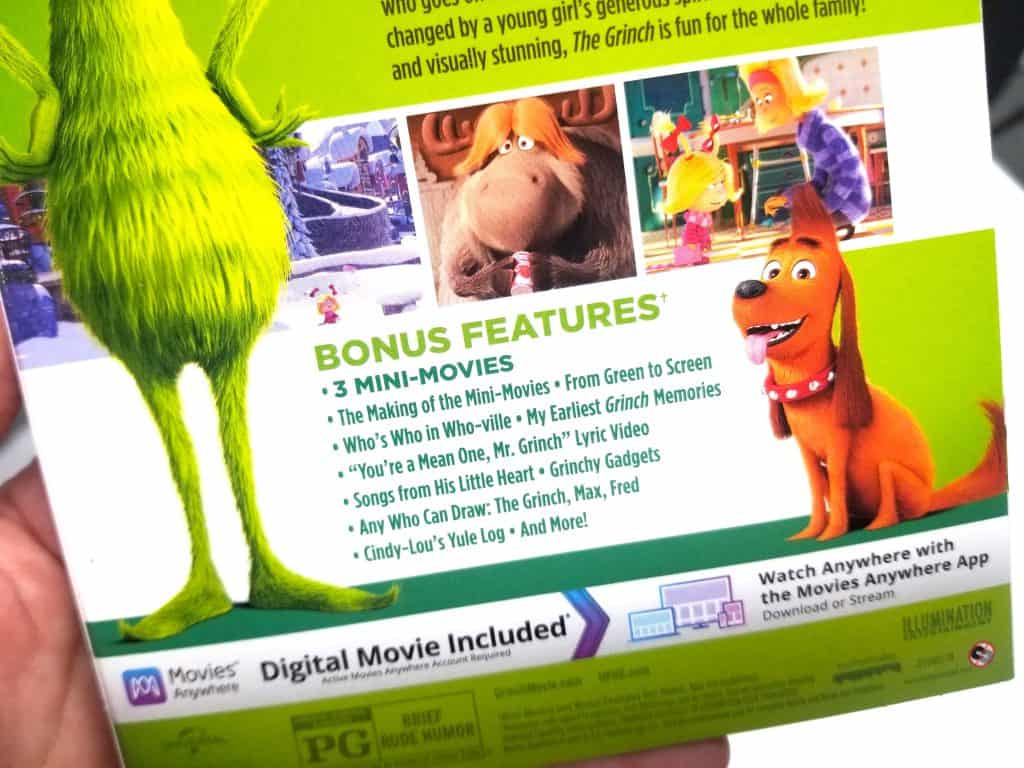 Narrated by Grammy Award®winner and Oscar® nominee Pharrell Williams, Dr. Seuss’ The Grinch stars Academy Award® nominee Benedict Cumberbatch (Dr. Strange, “Sherlock”) as the infamous Grinch, who lives a solitary life inside a cave on Mt. Crumpit with only his loyal dog, Max, for company. The incredible voice cast includes Rashida Jones (“Parks and Recreation,” The Muppets) as Donna Who, Kenan Thompson (“Saturday Night Live”) as Bricklebaum, Cameron Seely (The Greatest Showman) as Cindy-Lou Who, and featuring legendary actress Angela Lansbury (Anastasia, Beauty and the Beast) as the mayor of Whoville. 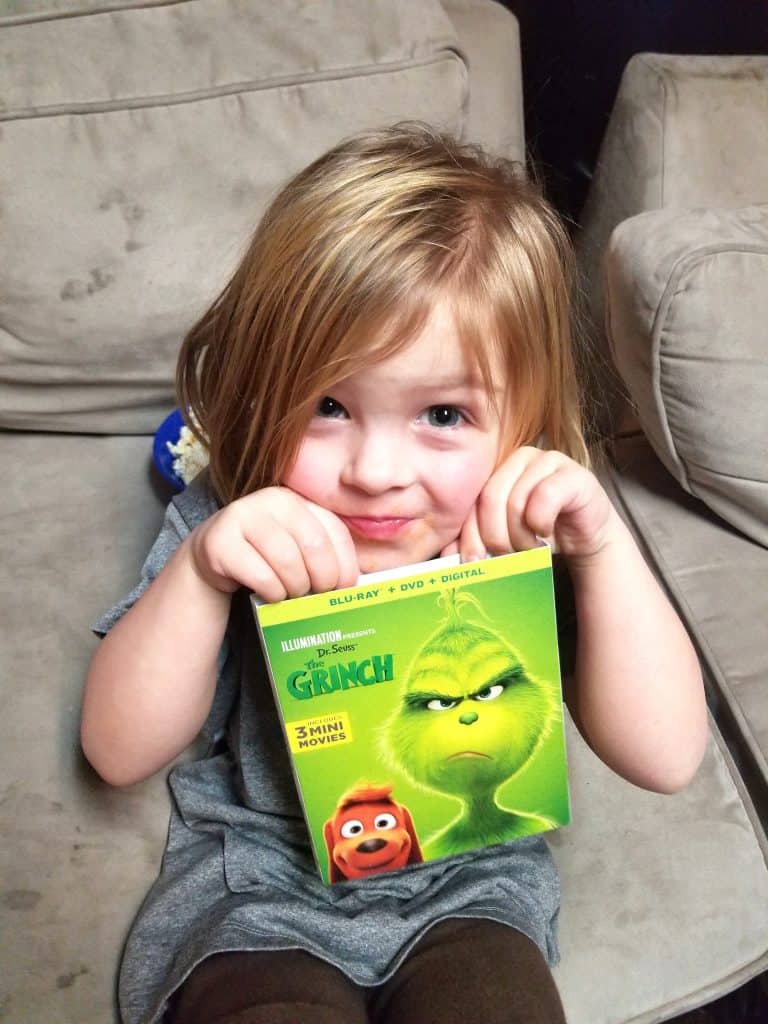 If you’re looking for an awesome family Valentine’s Day gift this would be a perfect surprise! Check out inspired by Grinch crafts and recipes below that you can do for a fantastic movie night surprise! Or you can find our other Dr. Seuss related activities here! 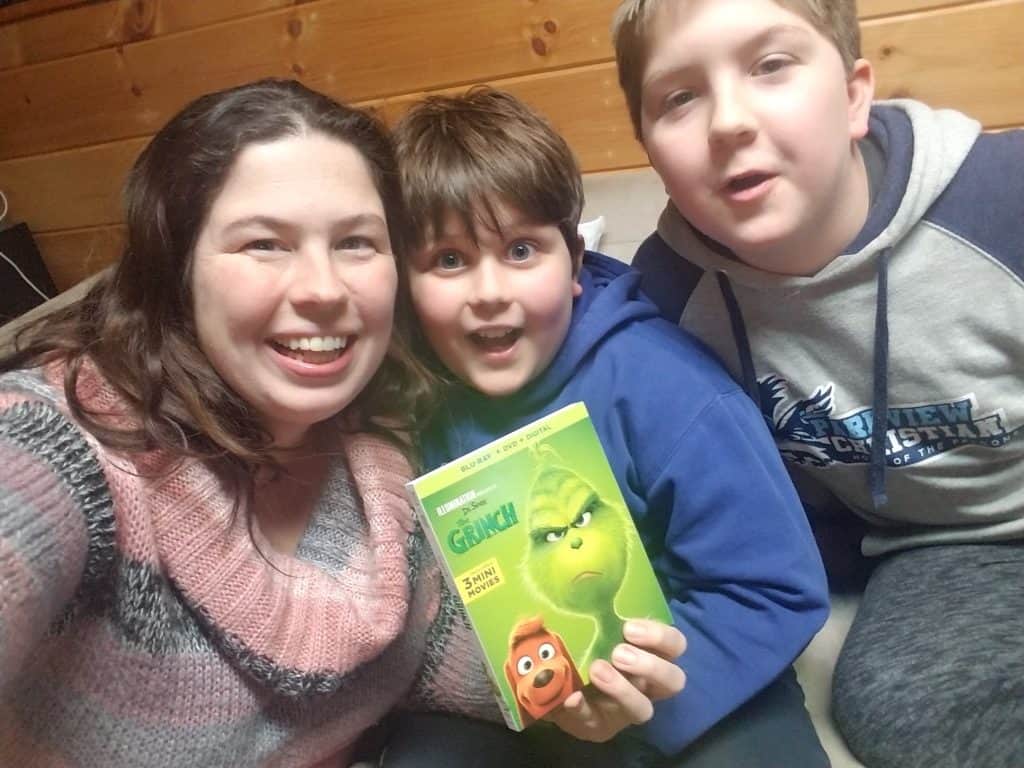 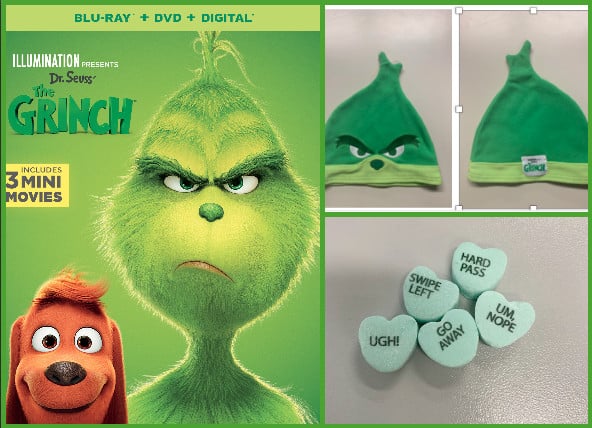 Want to win this awesome prize pack? Leave a comment below letting me know who your favorite character is in The Grinch!!! Giveaway ends January 31, 2019 at midnight CST.  Included in this Prize Pack is The Grinch Blu-ray, a Grinch beanie, and Grinch Valentine’s Day Candy Conversation Hearts!

**Open to contiguous USA Address only. Prize(s) shipped and responsible for by sponsor. Winner will have 48 hours to respond to e-mail before a new winner is chosen.