I have to admit, I am NOT a professional photographer, but I am a bit of a camera snob. Six years ago I purchased a Nikon D50 dSLR, and ever since I can’t stand point and click cameras. They are too slow, they are blurry, they are dark – they just don’t work for me. But now that my kids are getting older and are more mobile I’ve been wanting to find a small camera that I can fit in my purse or in my pocket so I don’t have to tote around such a large camera.

When I received the NEW Nikon Coolpix S800c digital camera I was excited because I favor Nikons, although apprehensive since it was a point and click. After all, I have been quite spoiled by my fancy dSLR camera since before my kids were born! 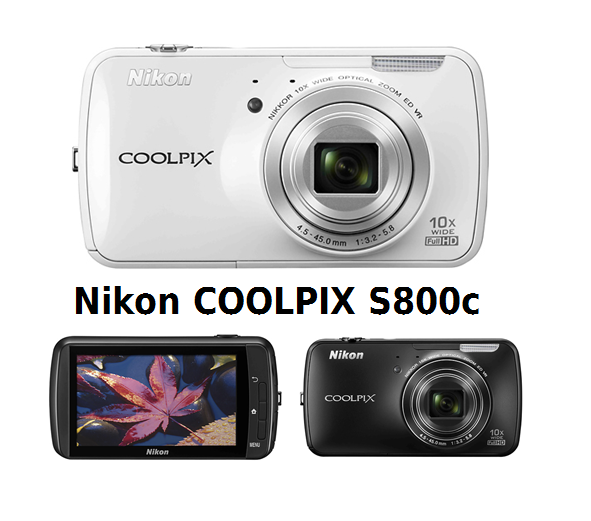 As soon as it came I quickly pulled the box apart and spent the rest of the evening (and the next few weeks) taking as many pictures as I could! There were SO many setting options – I was impressed! For those of you techy folks the Nikon COOLPIX S800c boasts 16 MP, uses an Android operating system, offers full HD movie mode 1080p, comes with vibration reduction image stabilization, a 9 point autofocus system, has a 1.7 GB internal memory, 10x optical zoom, special effects AND get this – it also includes a Smart Portrait feature.

If you’ve never heard of Smart Portrait – don’t worry – I hadn’t either. I just thought it was an enhanced portrait effect so I tried using this feature to take photos of 8 small kids together and was confused as to why my camera was snapping random pictures when I wasn’t even touching the button! I thought there was something wrong with it until someone actually explained to me that a Smart Portrait setting means your camera can actually tell when someone is smiling and will snap the picture automatically! How cool is that?! (Unless you’re trying to take a picture with 8 small kids in it!!)

I was absolutely shocked at the technology of this little camera after I turned it on. It looked just like myAndroid phone except that it doesn’t make calls of course, but it pretty much does everything else. It connects to Wi-Fi, you can download apps, check your e-mail, upload directly to your online photo accounts, and more! It even has GPS! I have not had the opportunity to play with the Wi-Fi on my camera yet since mine had a technical glitch and I sent it back to Nikon to get it fixed so I will let you know more what I think about the wi-fi once I get my camera back and use it more! This review below is JUST about taking photos with the camera itself – NOT the wi-fi capabilities. 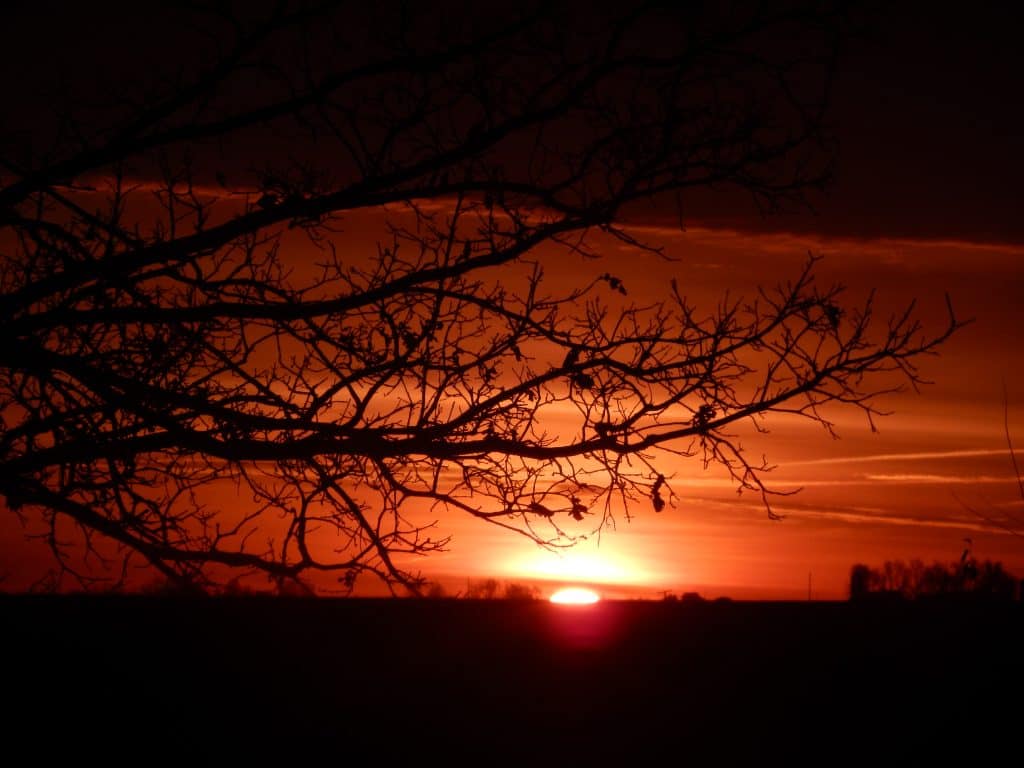 Although there was definitely a learning curve for me in trying all of the settings I was just floored at some of the dSLR quality pictures that I was able to take. Although yes, I still took some blurry shots with the Nikon Coolpix S800c I was also able to take photos that looked just like the quality of my dSLR ones. This  is so true that I don’t hesitate to grab this camera instead of my bigger dSLR camera when we’re on the go. This shot was taken while I was riding IN MY CAR on the Sunset setting. 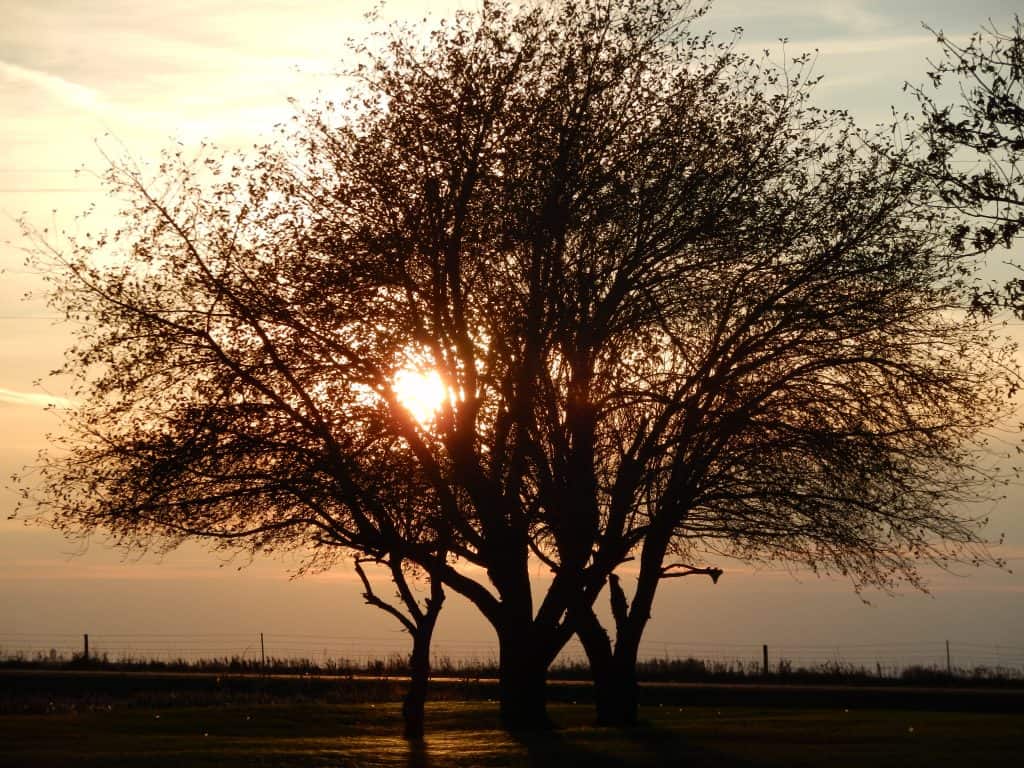 These photos are a far cry from the old point & click cameras that I’ve ever used!! Just about every photo I’ve taken at sunset has turned out gorgeous! 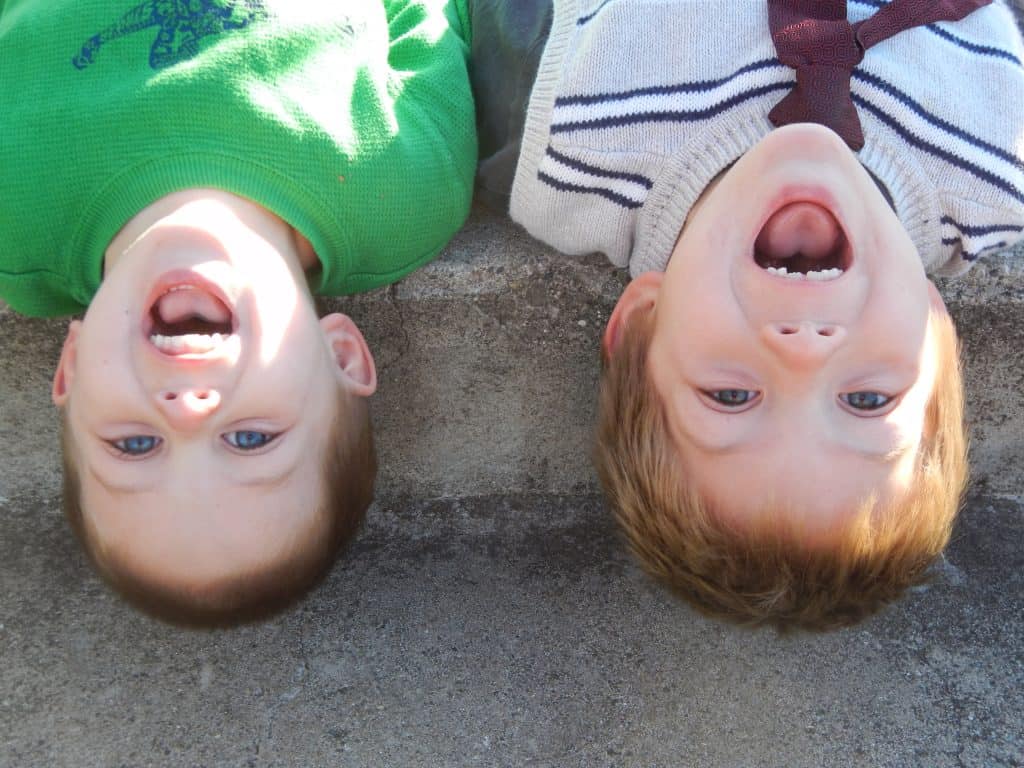 Although this is automatic I think that the clarity of my pictures from the Nikon COOLPIX S800c rival that of my Nikon D50 dSLR. I am really impressed! I would feel more than comfortable blowing up some of the photos I took to larger sizes as gifts or for display in my house. 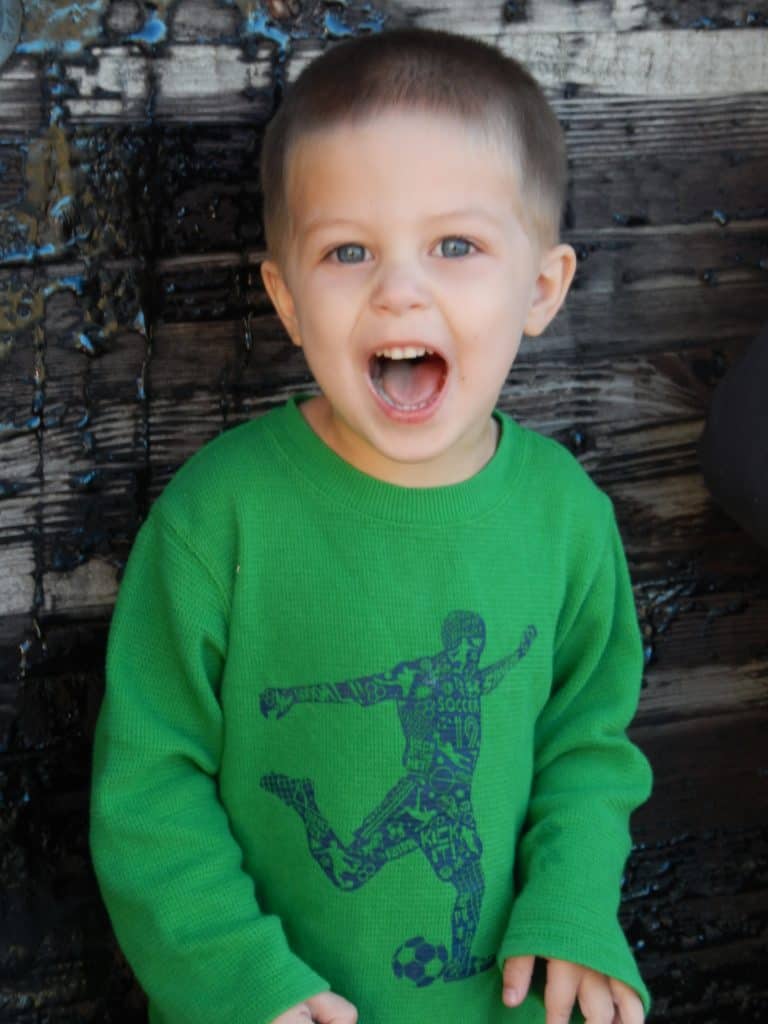 I was impressed at the vivid colors that it was able to capture as well. Check out the detail on the wood behind my son – you can just feel the “drip” behind him! 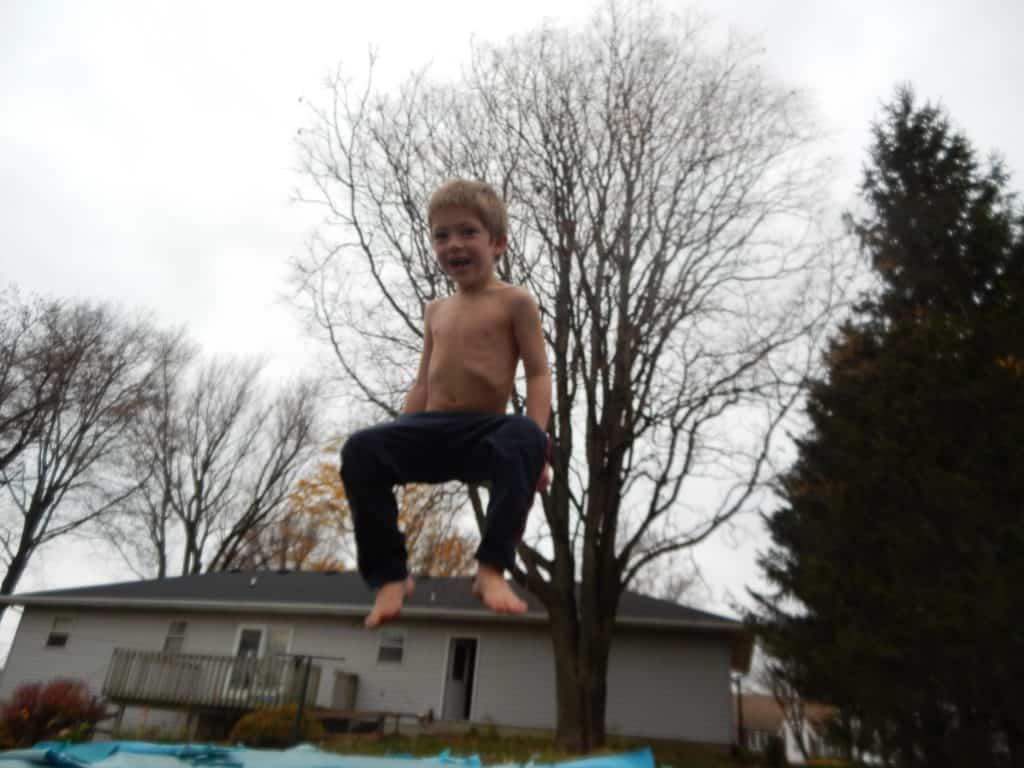 One mode in particular we had a lot of fun with is the sports mode. Basically you just hold down the shutter button and it continuously takes several pictures in a row as an object is moving. Our favorite use of this? Taking silly pictures of my kids jumping on the trampoline! OR as in the case of this picture – “sitting” in the tree! Here is a “clip” of a row of photos. 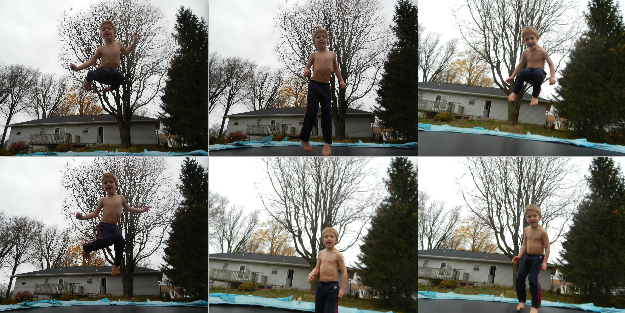 I was surprised at how clear these photos came out! I took some photos of my dog chasing my son and they were slightly blurry in many of them. 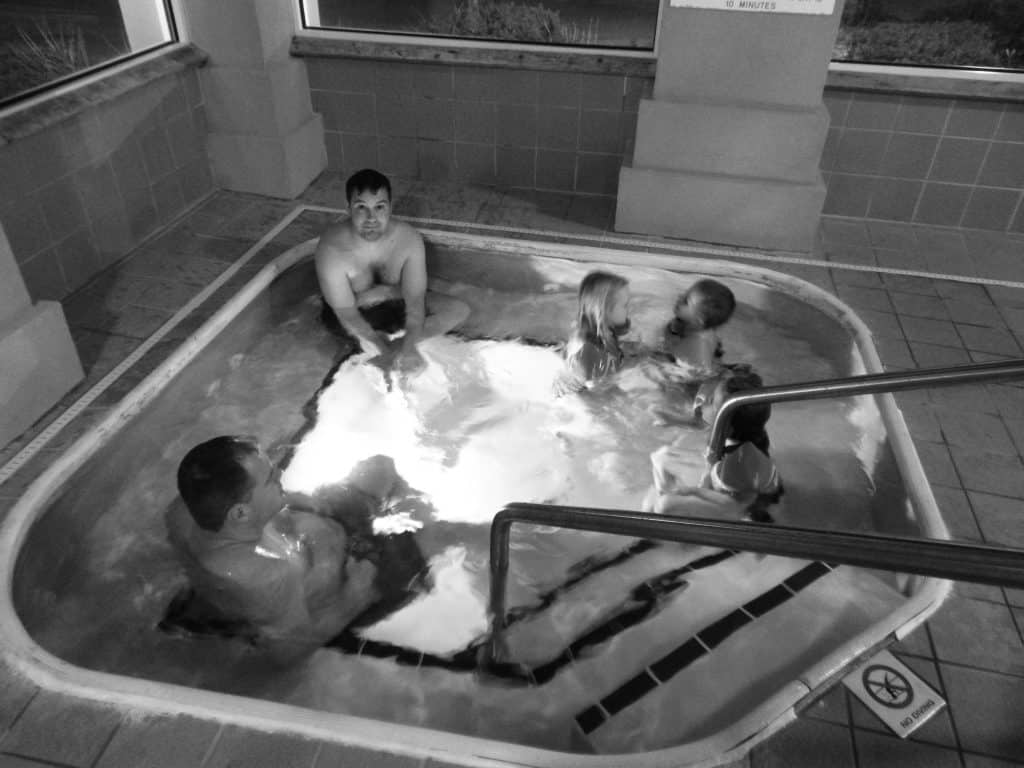 Although I did not spend a ton of time on the special effects I would love to explore them further! I played with the black and white option, the sepia tone, and the backlight. You can also choose one color to highlight in a photo or even distort your photo with a Fisheye look! 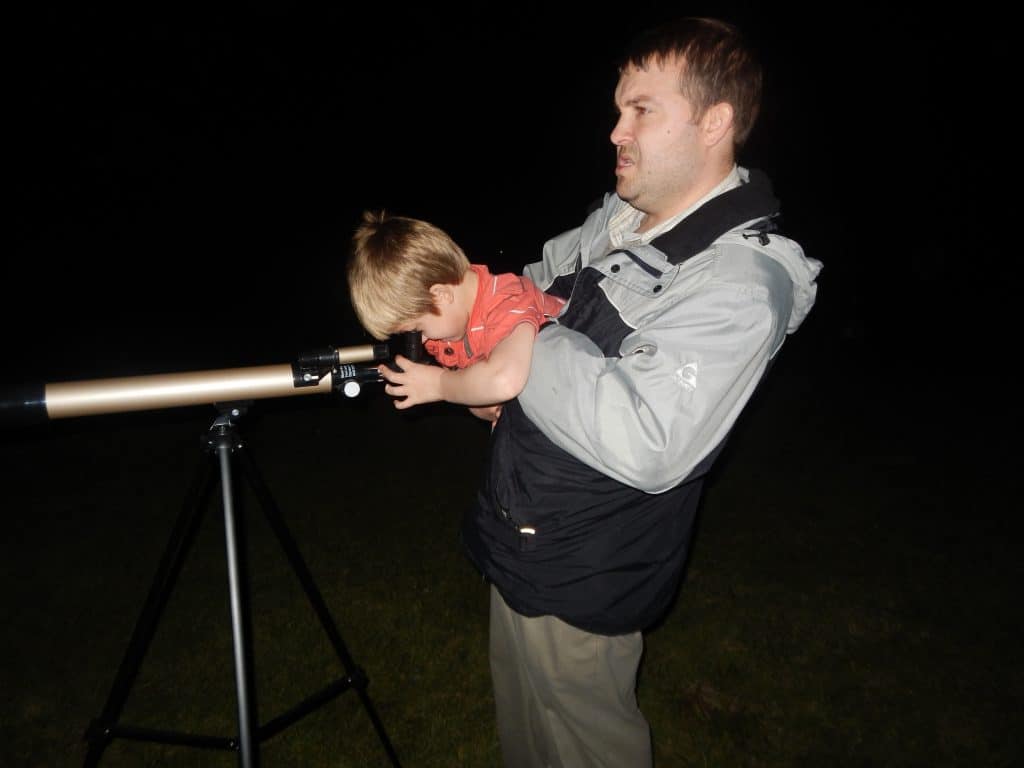 In this shot here (after you’ve gotten over the hilarious look on my husband’s face of having to lift our 50+ pound son to look in the telescope!) it is absolutely pitch black around us. No car lights, no street lights, nothing. In fact when I snapped this shot I couldn’t even see my husband & son – I was simply hoping that they would show up in my  photo – it was SO dark outside. I used the night time setting here and as you can see the quality is superb!

I didn’t get a lot of time to play with the PANORAMIC setting before I sent my camera back to NIKON but it is easy to take – here are the 2 panoramic shots that I took.

(this one turned out much better!)

What did I think? My honest opinion:

1. The Camera for Taking Photos & Quality of the Images
2. The Wi-Fi capability and photo sharing apps

1. As for my opinion on the actual camera photo taking ability and the quality of the images I am blown away! When I started using it there was definetely a learning curve for me as I was used to a dSLR. I spent a LOT of time taking them same photos on different settings. And I tried, and tried, and kept trying different shots. In the beginning there were a lot of blurry shots since I didn’t really know how to use it well. Within a few weeks the majority of my pictures were what I would consider high quality for a point & click camera.  Since I could change the setting for my photos (portrait, landscape, sports, etc) I was able to get quicker shutter speeds.

There’s nothing I hate more than snapping a photo and have it actually take the photo 5 or 10 seconds later when your target is long gone. This had pretty immediate “clicking action” for many of the settings that I used and I was more than happy with it. As you can see in my photos above I was able to get many quick moving targets in focus! The clarity of my photos were phenomenal for a click & shoot. In fact I was so highly impressed with the clarity I began putting down my dSLR and grabbing this camera a LOT more often. I didn’t even touch my dSLR for weeks and began to prefer using this one.

2. Ahhh the techy side. Shortly after I began using my camera I began getting a message that said “This card cannot be used”. After trying different memory cards, re-formatting them, and troubleshooting with NIKON customer service they had me ship the camera (at their expense) back to them for further investigation. I will update this post with further opinions and details on the techy side of this smart camera when I receive the camera back and use it. Any bad reviews I read about the camera dealt with the techy side of the camera such as the speed of transferring photos to online photo sharing sites, connecting to wi-fi, battery life while using wi-fi, etc.

One annoying but not necessarily bad feature is that you cannot use the camera while it’s charging. It was odd but didn’t really affect me any. As for battery life I found that I had to plug it in about once a day with fairly heavy use of the camera – really no different than my phone. I never ran out of batteries while I was out for the day. 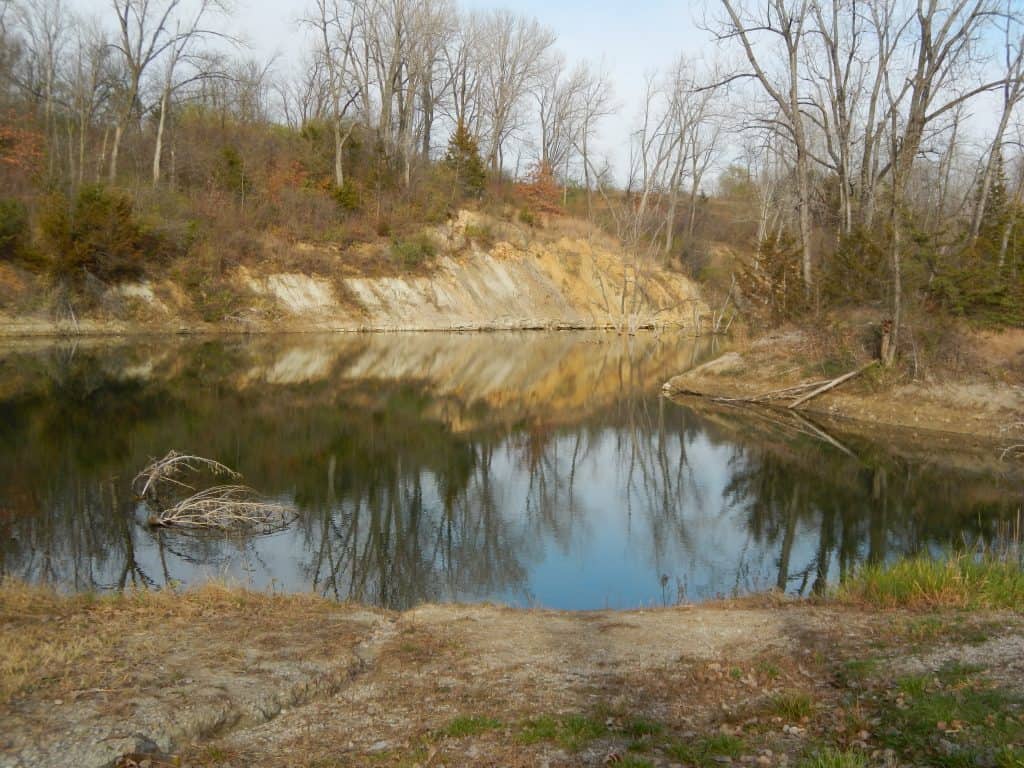 SO overall if you are looking for an amazing quality & clarity of photos from a point & click camera I have never used a better one than this one. This one is so amazing that I stopped using my dSLR for most photos and opted to take this one along. I HIGHLY recommend it as a high quality photo option for a point & click. As for the ability to connect wirelessly and transfer photos online I cannot speak for that yet as I am waiting to get my camera back. For me (your experience or needs may vary!) what I wanted was a GOOD high quality point & click with little to no delay and amazing photos – and this Nikon COOLPIX S800c offers that!

Hands-down the best point & click in my book! I will mention that one thing I was very disappointed in was how quickly my touchscreen got scratched. Within 2 days I had scratches everywhere. You MUST MUST MUST put a screen protector on it. I don’t know why it is so touchy but I was not the only one who has noticed this!!! I wish I had known this before I used it. As for the techy wi-fi/apps part of the camera the jury is still out on that one for me and I will have to update my post later on that!