Disclosure: I received the below product as part of our Holiday STEM Gift Guide. All opinions are my own. 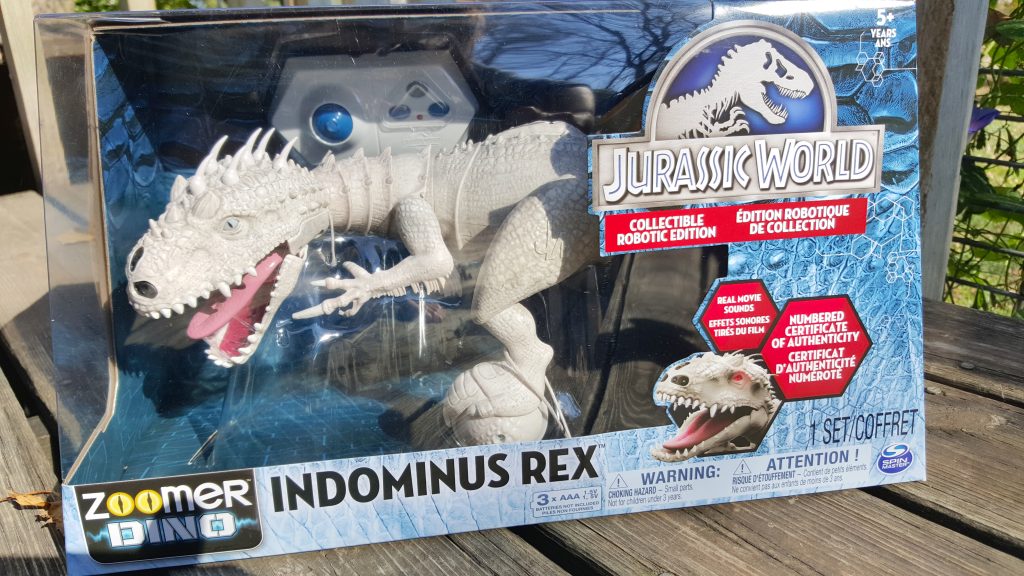 Kids LOVE robots and fun toys like the Zoomer Dino Indominus Rex are a fantastic way to give a cool gift and encourage some STEM exploration too! Although we’ve watched YouTube videos of the Zoomer Dino we had never had the opportunity to play with him hands on and see how he worked and how engaging it would be for the kids. My son LOVED this Jurassic World version – it definitely ranked up pretty high in the “COOL” department! It just made things that much more exciting! 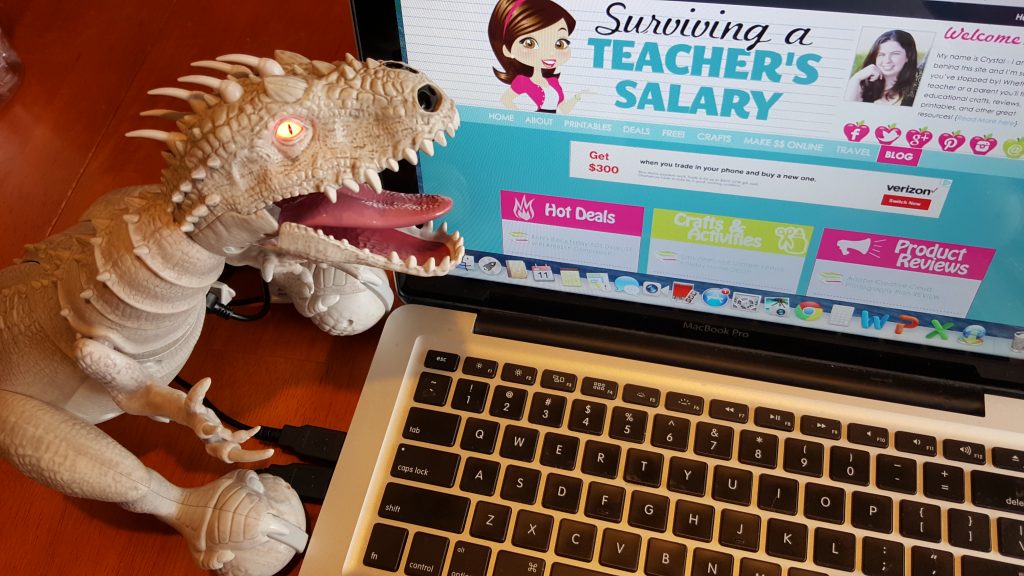 A friendly (MAJOR) tip – OPEN your Indominus Rex dinosaur when your kids aren’t around and CHARGE IT! They won’t be able to play with it until you do so having it pre-charged is a LOT nicer for them! The box was easy to conspicuously open and reseal once he was charged. I just plugged him into my laptop while I was working! He’s got a small port under his belly with a flap so it’s barely noticeable as you’re playing. It works for roughly a half hour until it needs to be recharged. 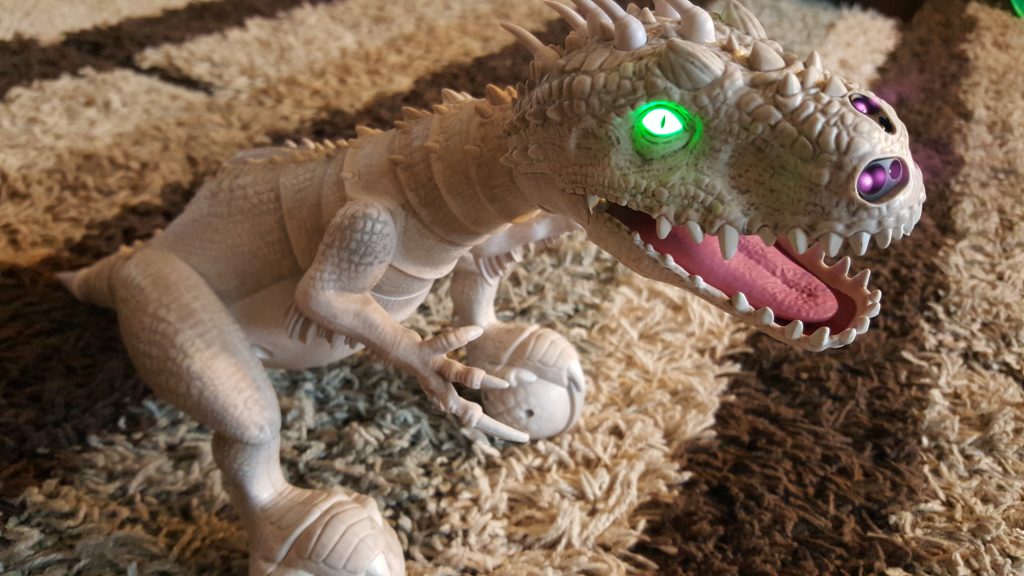 Just look at those green eyes! This beast is ferocious and hunts & patrols like he’s on a mission. He detects motion directly in front of him and you can use your controller to maneuver him around. The cool thing too is that if you gently grab his tail he spins around and goes crazy at you! The kids LOVE it! As with Zoomer Kitty his eyes change color depending on his mood which is a great visual for kids trying to understand emotion and how to react to their toys. There seemed to be a small learning curve with figuring out how to make Rex move around and do what you wanted but it wasn’t bad. The kids LOVE when he LUNGES forward and throws himself around!  AND see that vicious mouth full of “sharp” teeth? Kids can make it CHOMP CHOMP with their remote which is fun too! This toy absolutely hit off with my boys. I don’t know what it is about dinosaurs and frantically attacking everything in site but they just went NUTS for Indominus Rex! It’s definitely one of those toys they fight over to use! Let’s just say our cats will never be the same again after being chased by Rexie here!

Take your fun FURTHER! Build an obstacle course and see who can maneuver Rex through it the quickest without destroying it!

You can purchase Zoomer Indominus Rex at your local retailer or on Amazon!

That time when you play with your #kids #Christmas #gifts while they are at #school. #review #blogger