A few weeks ago when we weren’t stuck at home, we had taken our kids to see the new Dolittle movie by Universal Pictures Home Entertainment for a family movie night out. Now it is available on DVD / Blu-ray on April 7! You can buy it on Amazon, Target, Walmart, and other retailers.

Dolittle is a good family movie overall – even my 5 year old loves it! All of my children enjoyed Dolittle when we took them to see it in theater, but my youngest two have enjoyed re-watching it the most. As parents we enjoy watching it too! 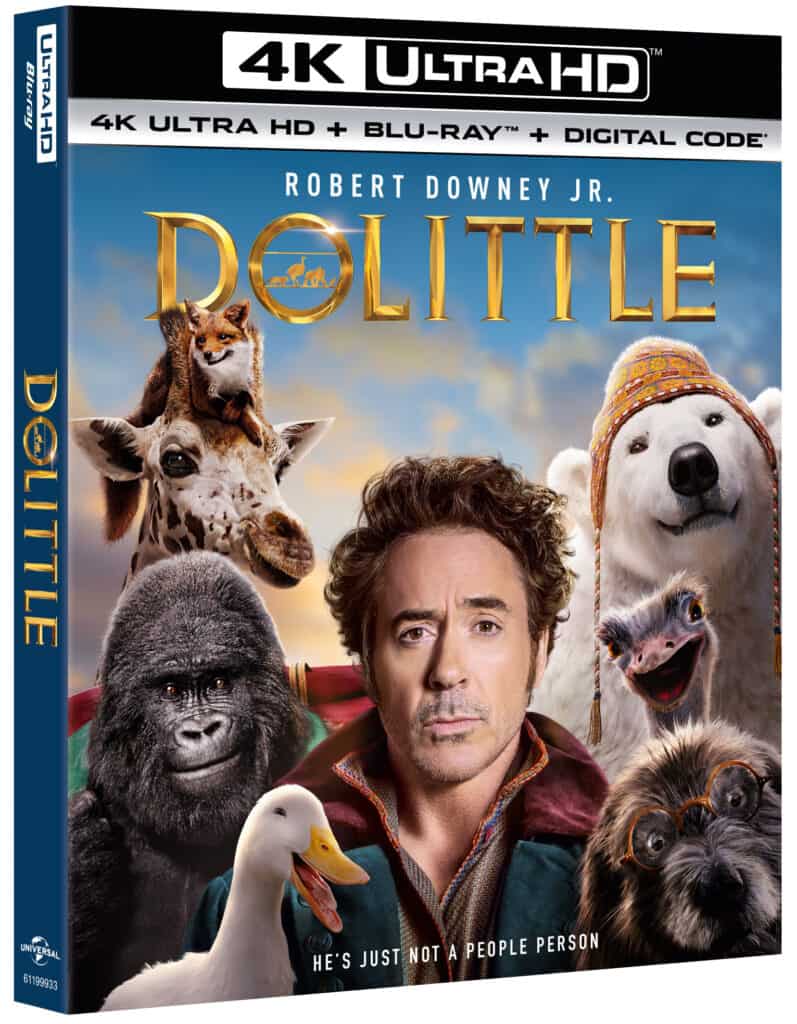 Here are some details about the new Dolittle movie which runs just over an hour and a half so that you can determine whether Dolittle is a good family movie for you.

What is Dolittle about?:

After losing his wife, quirky Dolittle hides himself away behind the high wall of his manor but is forced to set sail on an epic adventure when the queen falls gravely ill. Helping Dolittle in search of a rare cure for the queen are his rambunctious animal friends—including Chee-Chee (gorilla), Dab-Dab (duck), Polynesia (parrot) an ostrich named Plimpton and chilly-but-chill polar bear Yoshi.

Are there any curse words in Dolittle?

There’s just one curse word in the entire movie! (damn)

Is there any violence in Dolittle?

As with any grand explorative adventure you’ll see knives, canons, reference to a poison attack and mild animal attacks. The beginning of the movie begins with a family hunting and a squirrel that is shot with a bebe gun.

But you do not see blood and gore and overall everything is very kid-friendly.

Are there any scary scenes in Dolittle?

Only your most sensitive children have the possibility of being scared in Dolittle. There is a fight with tiger, a fight with a dragon, and a brief moment when bats seem to attack someone. Overall most kids are not likely to be scared with the mildness of these scenes.

Are there any sensitive topics in Dolittle?

The movie begins with Dolittle wrapped up in his hermit lifestyle due to loss and grief of his wife.

Later in the film Dolittle clears an obstruction from the back end of a dragon which ends up releasing plenty of gas and ultimately a load of poop everywhere. There are also multiple innuendos of potty humor which are mildly crude. 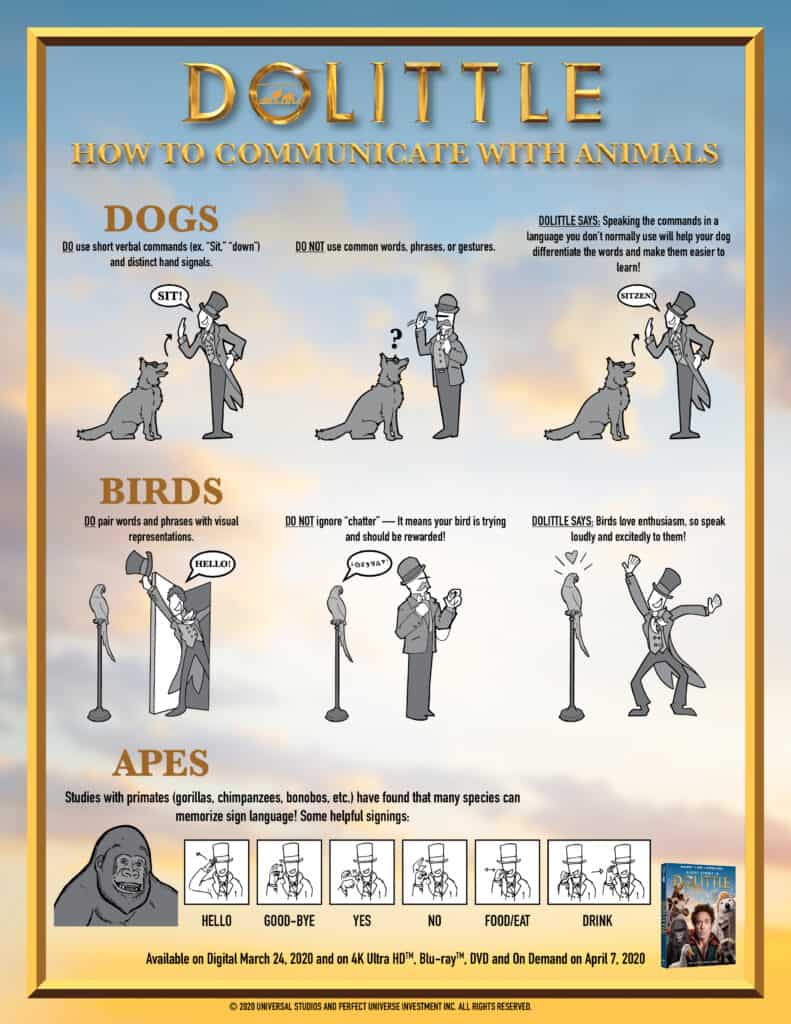 Dolittle isn’t a movie that we reach for to watch every night but it’s definitely an enjoyable film that we all like watching! I appreciated Dolittle’s wildly quirky yet whimsical persona as in this film he embraces his oddness unlike many other Dolittle movies where it seems Dolittle tries to fit in.

I really love the parrot (Dab-Dab) and the polar bear (Yoshi). Dolittle is so delightfully fantastical and outlandish, it reminds me of Alice in Wonderland with the far our there fantasy. It’s really a lot of fun and is clever the way that the animals spy on other people for Dolittle.

It’s a great movie to add to our collection – don’t forget to pop the popcorn before you cozy in to watch it!