Enjoy these free Abominable printable coloring pages, games and recipes! Thanks to DreamWorks for sending us a copy of this movie!

Since we have 5 in our family going out to the movie theaters is a real treat for us! We no longer have a “cheap seats” near us we don’t go out as often – it has to be a REALLY good movie we want to see! Abominable was that movie for us this year! It’s SOOOOO good! Definitely one of our favorites of 2019!

Pretty much if any movie has a Yeti or Sasquatch in it we will be there! Watching Abominable as a family was such an enjoyable experience – we couldn’t wait for it to come out on Blu-ray / DVD! The music is phenomenal, the graphics are delightful and it has a heartwarming story. I highly recommend this movie! And like any good animated film, Abominable made me tear up too! 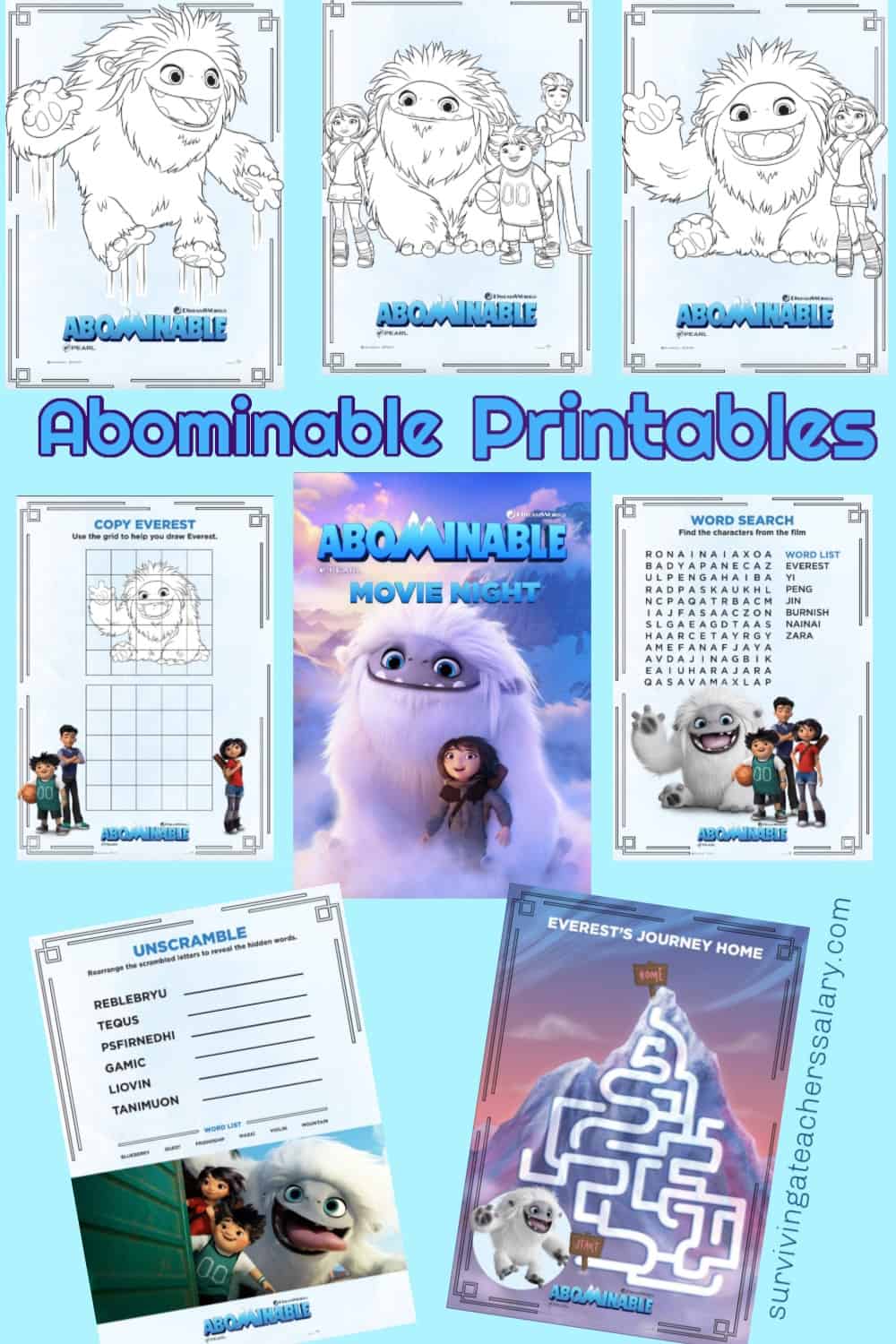 If you loved How to Train Your Dragon you’ll love Abominable!  It was a big hit with even my tween boys! My 4 year old watched it with us and did well with any mildly scary scenes. She really loved the movie!

It made my heart soar! It’s funny how animated films can really take you on an incredible journey!

What is the Abominable movie rated?

What is Abominable about?

This family friendly movie follows teenage Yi as she encounters a young Yeti on the roof of her apartment building in China.  She and her mischievous friends, Jin and Peng name him “Everest” and embark on an epic quest to reunite the magical creature with his family at the highest point on Earth. But as with any good movie there is a conflict and the trio of friends will have to stay one-step ahead of Burnish, a wealthy man intent on capturing a Yeti, and zoologist Dr. Zara to help Everest get home.

On December 17th Abominable is coming out on 4K Ultra HD, Blu-Ray™, DVD and from Universal Pictures Home Entertainment! Pre-order it here now!

What BONUS content is on the Abominable Blu-ray / DVD?

There is over an hour of bonus content including two original shorts, deleted scenes, cast interviews and more! Below is a list of the bonus content featured on Abominable.

– MAROONED – Marooned, tells the story of a cantankerous and selfish robot named C-0R13. Stranded on an abandoned lunar outpost, C-0R13 longs to return to Earth. With a partially built ship and his last power source, this determined robot will stop at nothing to achieve his goal.

– SHOW AND TELL – Back home in the Himalayan Mountains, Everest puts on a magical show-and-tell for his fellow yetis after he receives a special care package from Yin, Jing and Peng.

The video above is one of my favorite funny parts in the movie! We laugh so hard every time we watch it!

Who is the cast of Abominable?