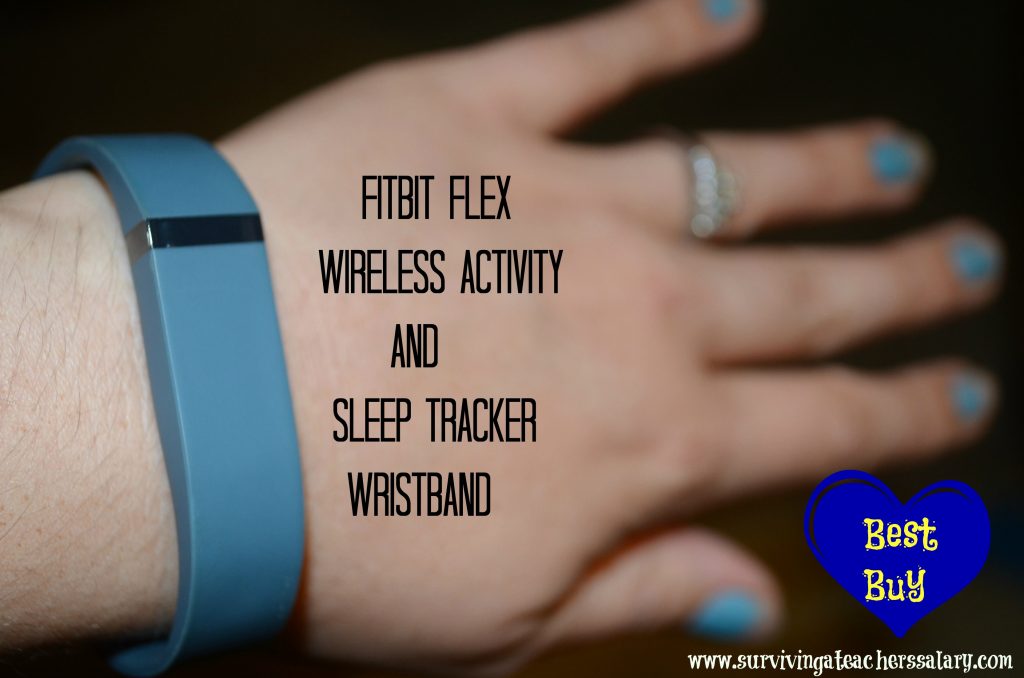 Recently I attended the BlogHer conference in Chicago as an ambassador for Best Buy who also sponsored the conference 5K race that week. The ambassadors, along with some of the runners, were given a Fitbit Flex Wireless Activity and Sleep Tracker Wristband to use and keep. If you’ve never heard of Fitbit they are absolutely genius and incredibly helpful in keeping track of your fitness and weight loss goals! And of course sends you virtual badges for your progression!

It’s a pedometer that actually wirelessly transmits your steps and sleeping activity to your computer and/or mobile app. It also measures the calories burned as well as the distance traveled. I also have the Fitbit Aria Scale which keeps track of my weight every time I weigh in and graphs it for me – all in the same account. You can also input the hours you sleep as well as the food you eat to really keep track of your daily routine. This is amazing for some many reasons but especially helpful for those trying to lose weight and those with medical needs.

I already have and use the original Fitbit that clips into your pants/bra and love it but I was REALLY excited to use the Fitbit Flex for several reasons. The biggest immediate reason was because it is water-resistant so I could wear it in the shower!! It’s one of the only things I didn’t like about my original Fitbit – I just could never remember to put it back on after my shower! 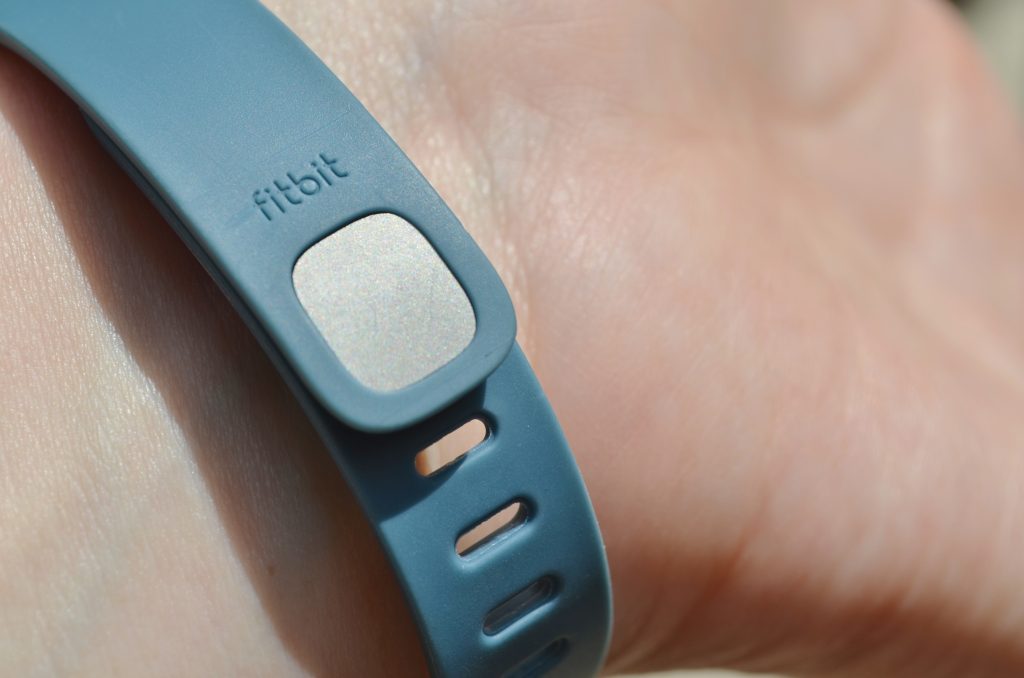 Another thing that really drew my to the Fitbit Flex was how stylish it is!! It looks like a sporty wristband! And it’s not feminine – it can very easily be worn by guys just as much as girls! In fact there are no numbers to count your steps at all. Instead there are small lights that appear after you tap it twice. Each LED light dot signals 20% of your daily goal reached. You can check your actual steps by using your fitness app on your computer or on your mobile. When you get all five dots to light up, signifying that you’ve met your goal for the day – it vibrates at you and flashes. The clasp is a little difficult to push together but it can be done by yourself! And I’ve never had it come off so it definitely holds together well. 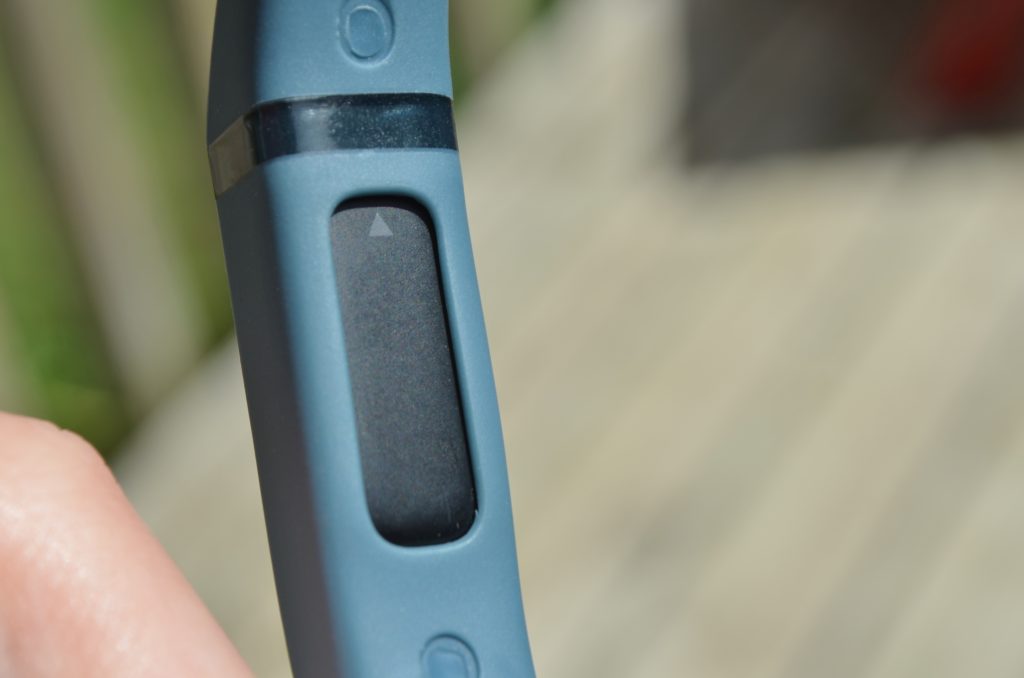 Here you can see the back/inside of the wristband. That little black piece, which lights up and records your steps, can easily be pushed right out of the slot to recharge when needed.

It’s pretty small which is nice and very easy to maneuver in and out of the wristband. 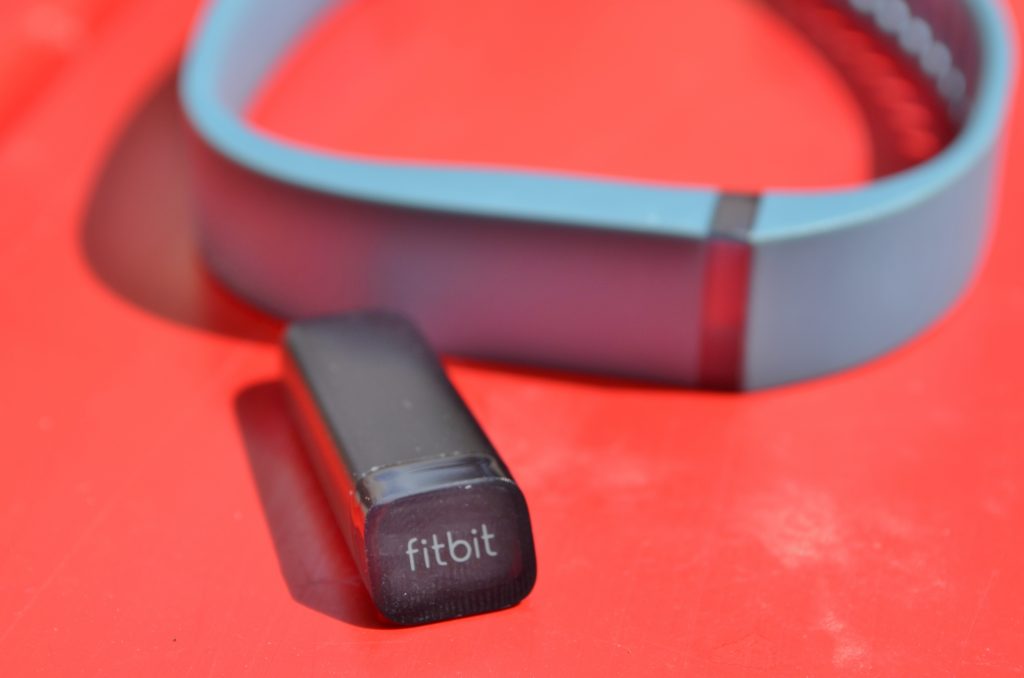 The Fitbit Flex that I have is the Slate color. (You can also buy it in black.) And don’t worry – the Fitbit mobile app is available for both Android and iPhone! And of course any computer with an internet connection will do as well! 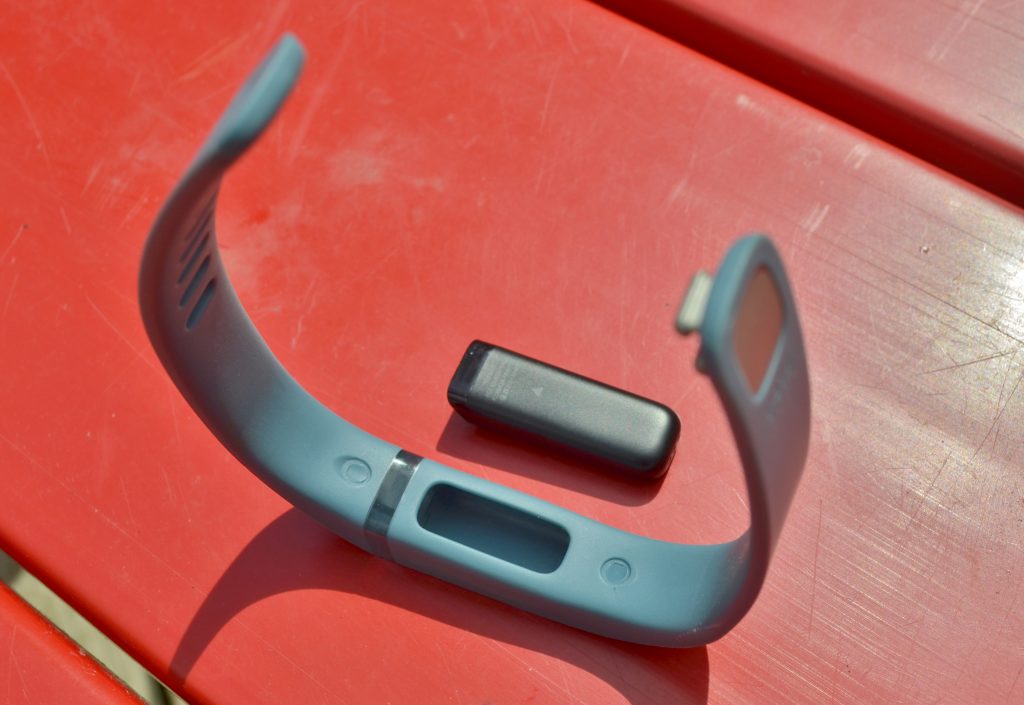 Here you can see the small device outside of the wristband just for reference. 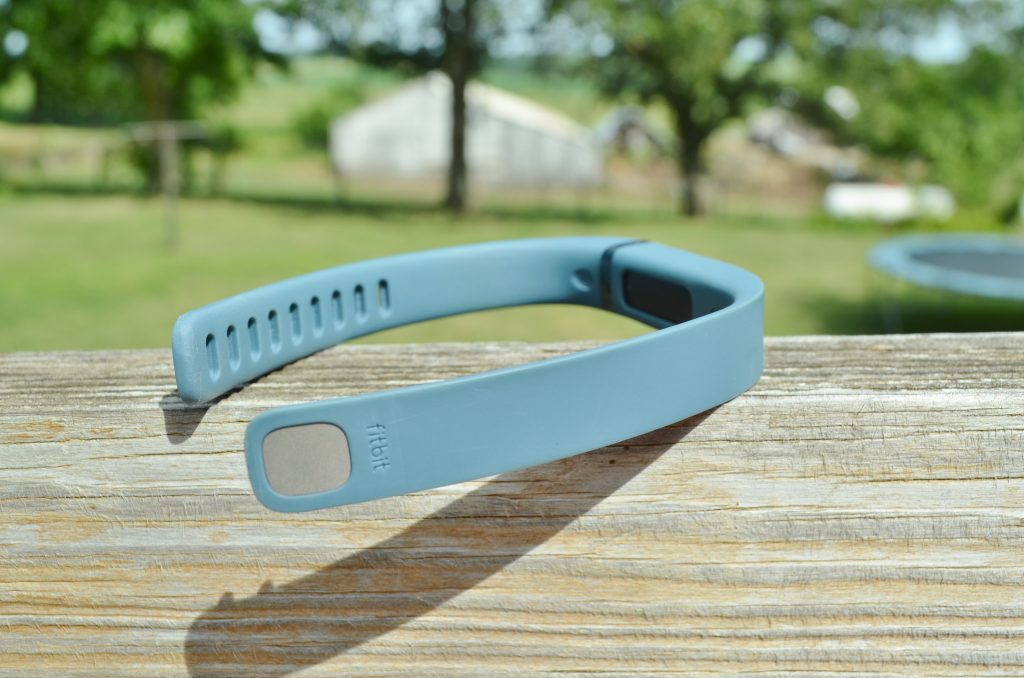 Overall I REALLY love the Fitbit Flex – way better than my original Fitbit. On occasion I would sleep on my arm with my Fitbit on and my wrist was a touch sore in the morning but it wasn’t a bit deal. I definitely remember to use it a LOT more and love pretty much everything about it. Well…..except that it doesn’t do the walking for me! 🙂 But I guess that would be too easy huh? BUT you can make it a fun competition. If you have friends that also use Fitbits of any type you can create competitions between you and your friends which honestly is the best way to motivate me. I definitely tend to exercise more and reach my goals better when I have a little competition thrown in the mix.

Disclosure: I was not compensated for this review. I received the above product to use as part of the Best Buy Ambassador Team. All opinions are my own. 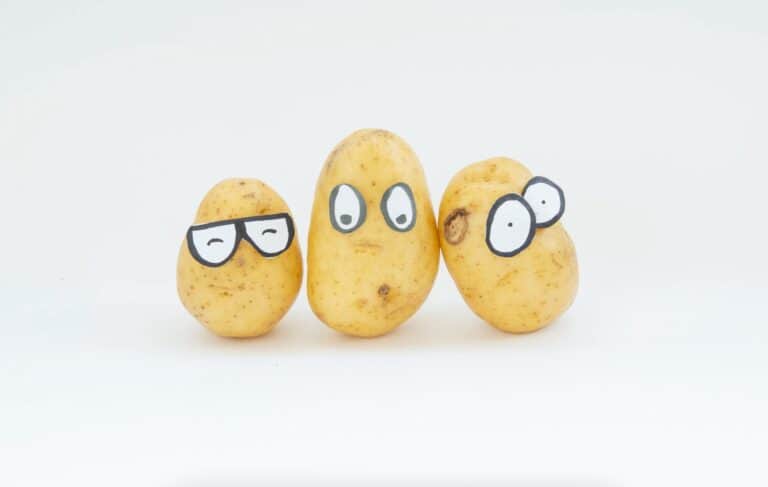