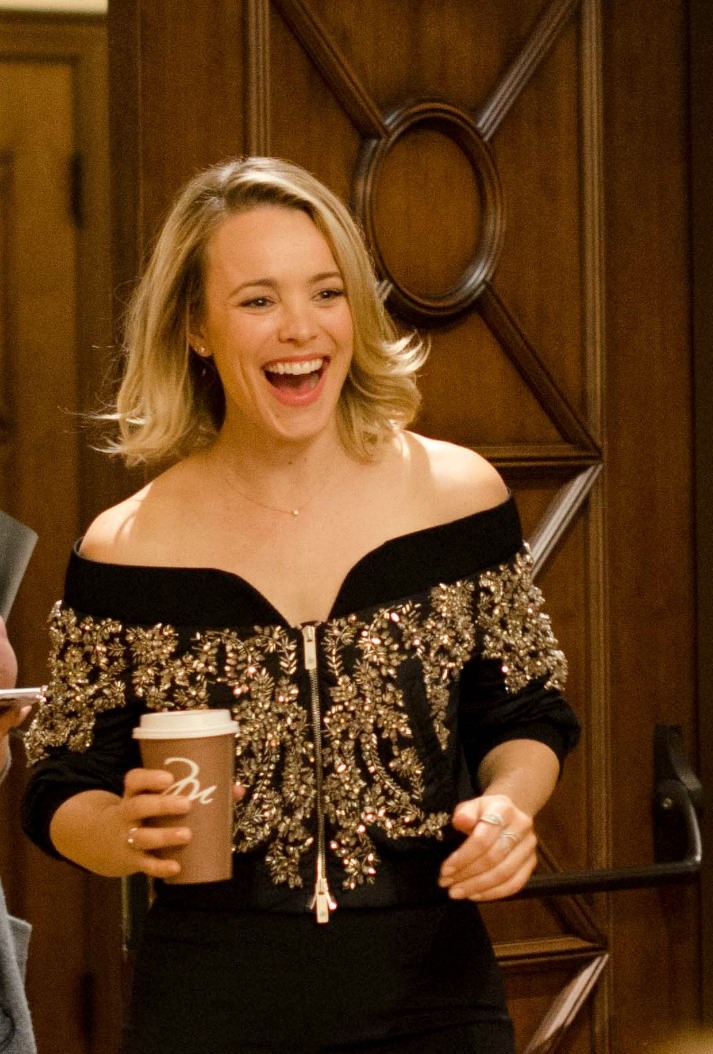 After only a few seconds of stepping into the room I quickly realized how sweet natured (and absolutely photogenic!) Rachel McAdams is! She’s the kind of girl who could be everyone’s best friend – which is probably just one of many reason she’s so fantastic at what she does! You’ll notice while reading through the Q&A below that she is very down to earth! She immediately owned her downfalls and was gracious and open about her thoughts! AND for my book lovers – she noted Judy Blume as a favorite author growing up which was a fun little tidbit I picked up during the interview! I LOVE that she gave kudos to her mom and nurses/doctors everywhere! 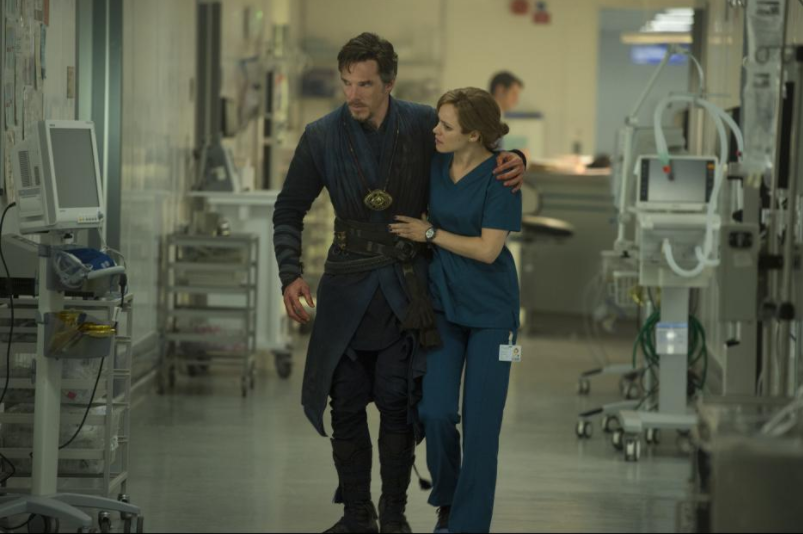 Q: What did you think of the film once it was completed?

A: I loved how trippy it was….the special effects were mind blowing.

Q: Were you a Marvel fan prior to doing the role?

Q: Your character is so intensely emotional in the film. Is there a special memory or place, how do you draw on that emotion for the character? (this was my question!)

A: I do think having a mother as a nurse helped. She’s very compassionate and she unfortunately would take her work home with her sometimes. So I think Christine’s more that kind of character. I kind of grew up with that a little bit and have great admiration for people who do that for a living and who are real empathetic. So I suppose I drew from my mom a bit. If my mom would miss someone’s vein she just beat herself up so bad.  (on working with Benedict Cumberbatch) …we did a lot of crying together. We cried one day for eight hours straight, every single take. I’ve never been able to do that before. We both had these incredible headaches at the end of the day. 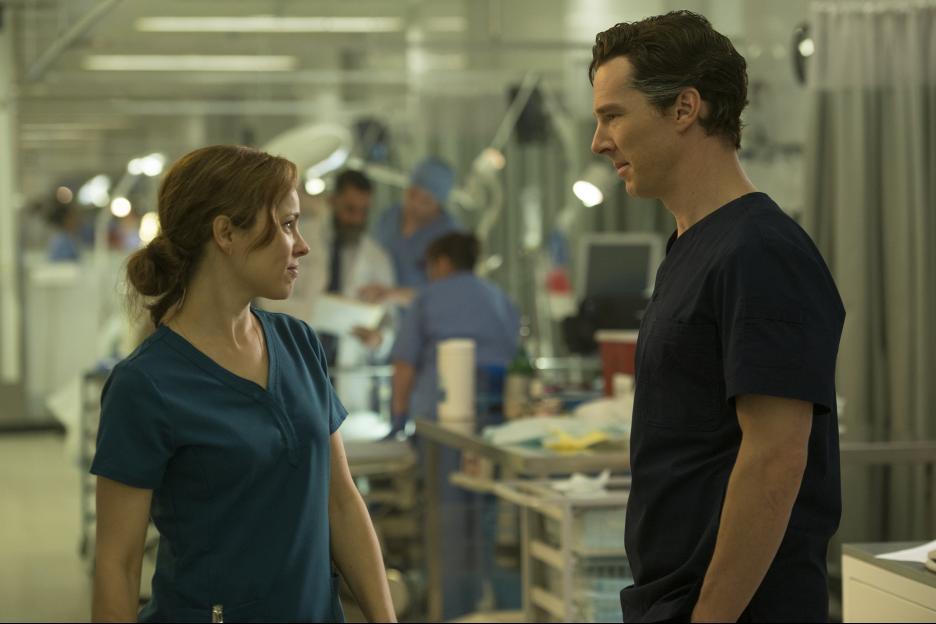 Q: What did you have to do to prepare for your role? You’re playing a doctor. Did you do some research there or was there anything specific you did?

A: I’m a little funny when it comes to blood and guts and stuff like that. But my mom’s a nurse so I’d kind of grown up around medicine which is probably why I became an actress instead. I did get to shadow some amazing brain surgeons – a female brain surgeon in Toronto, another surgeon in London. And then we had a surgeon onset every day. So he taught me to do sutures. I was practicing on raw turkey breasts. That was interesting. Oranges…that was a little more easier to take in my purse so I could practice wherever I went.

I read this really great book called “Do No Harm” by Henry Marsh who is a world-famous brain surgeon. It was just a phenomenal book and really eye-opening when it comes to being your own advocate and when it comes to your health. And I thought it was so funny- he said “The number of people who don’t ask me how many times I’ve actually done the surgery I’m about to do on them is extraordinary.”.

Q: What would you like to see your character do if you had your choice?

Q: Is there a superpower that you would like to have?

A: I would like to be invisible because I’d love to go into people’s houses and see their interior decorating. Like when you’re driving at night you can kind of see through the window and you think, “Oh that looks so cozy in there. I wish I could like get a free pass.” Yeah, so that’s probably the one I’d pick. I’d be a total creeper. 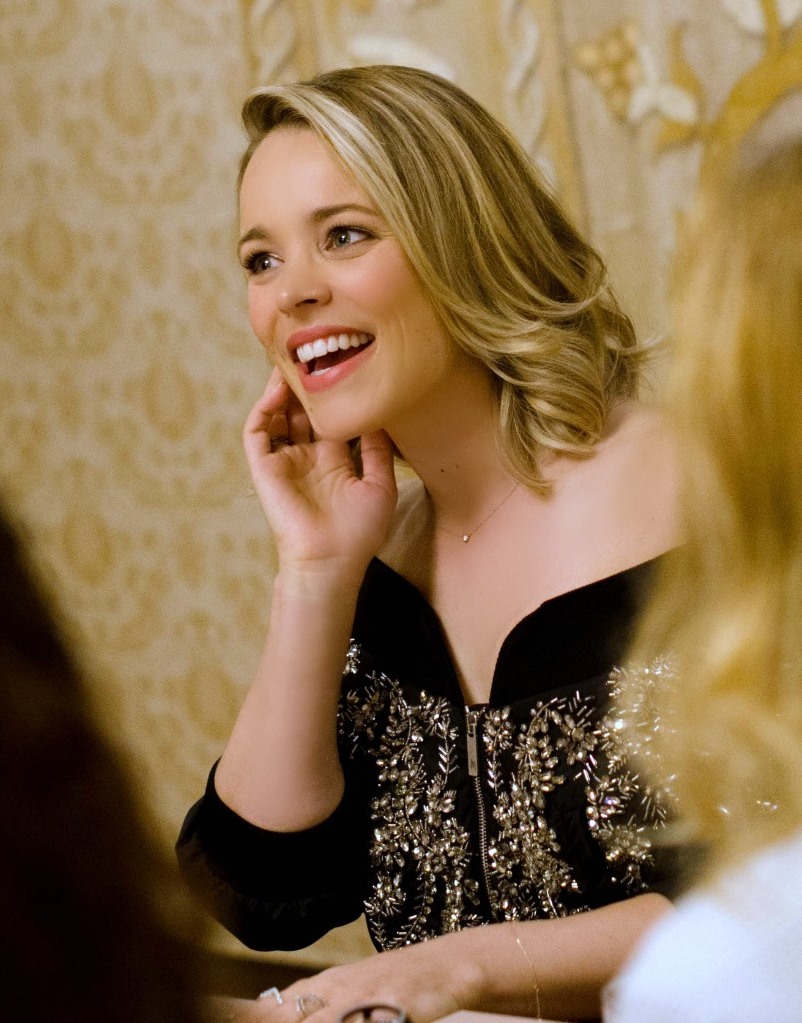 Q: What was it like to be in scrubs with everyone else in superhero costumes?

A: I loved it. It was so comfortable. I got to wear orthopedic running shoes every day. So I was really grateful for that. I was a little jealous of the levitation cloak but I was happy to be comfortable.

Q: How do you prepare to get genuinely startled?

A: You hope they get it on the first one because that is usually startling, the first time. And then you just kind of fake it the rest of the time. I was never quite sure where the sounds were coming from. I’m also a total scaredy-cat in real life. So it’s not a far stretch for me. 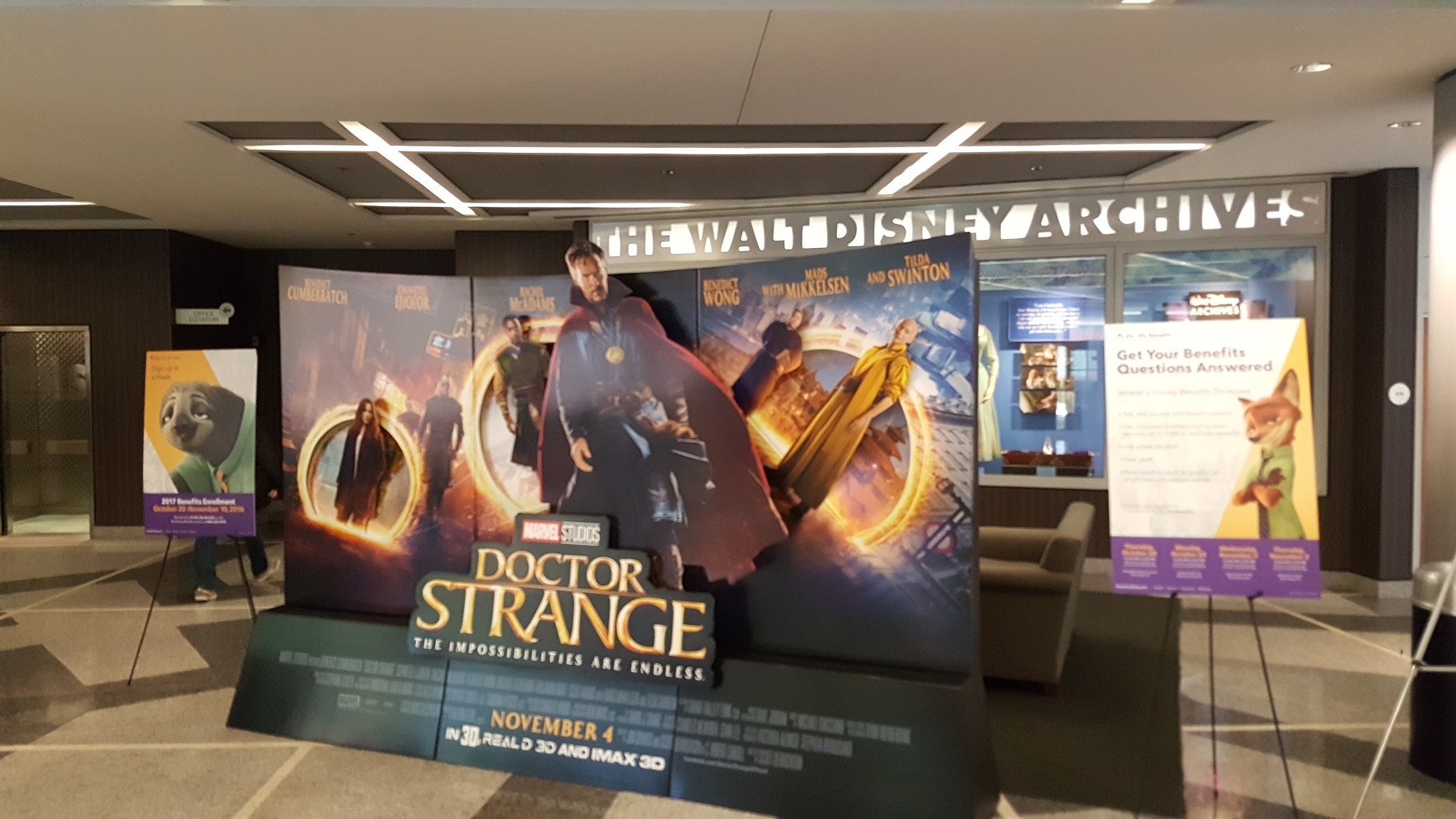 Q:  Was there a scene or maybe scenes during filming where you had to work just all by yourself?

A: I wasn’t alone as much as I thought it would be….there was a dummy of Dr. Strange because there were times when Benedict had to be on wires but also needed to be his body on the table as well. The dummy was so lifelike that I would talk to it. I would squeeze it’s arm and be like, are you okay? You haven’t said anything in a while… Are you hungry? Can I get you something…

Q: Do you have a favorite moment from filming or from watching the film?

A: (You’ll need to come back after Nov. 4th to see the REST of this answer!) 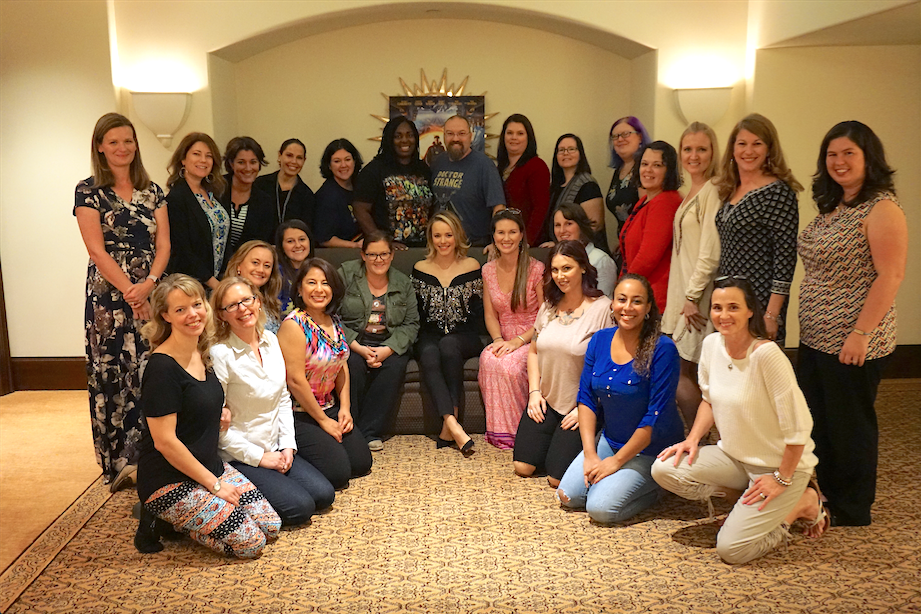 Another one of many photos and memories from this Disney press trip that I will cherish!

Don’t forget that Doctor Strange will be coming out in theaters on November 4, 2016!