As you know we are OFFICIALLY Iowans! (is that how you say it?!) And when I heard the Iowa State Fair was coming this week I just couldn’t pass up the opportunity to attend! Not to mention that we wanted one more fun fling before school starts next week! The kids have been such troopers traveling around the country with us this summer on our road trip and then for our move they definitely deserved a fun reward. Aside from all of the awesome nostalgic carnival rides and food I was also looking forward to checking out Seattle’s Best #RedCupShowdown with Food Network celebrity Jeff Mauro (host of Sandwich King). 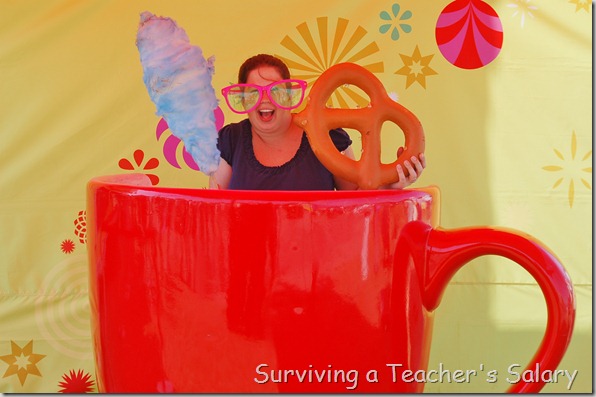 At the Seattle’s Best booth there was a LOT going on! How awesome is this huge red coffee cup? They even had fun carnival props to use for the photo opp! PLUS they emailed me the photo in an “I Got Mugged at the Iowa State Fair” virtual frame! Want to hear some HILARIOUS!? SH! Don’t tell – but my son grabbed his cotton candy prop to take his photo, and he thought it was REAL and took a bite….he quickly realized that it did NOT taste like cotton candy! 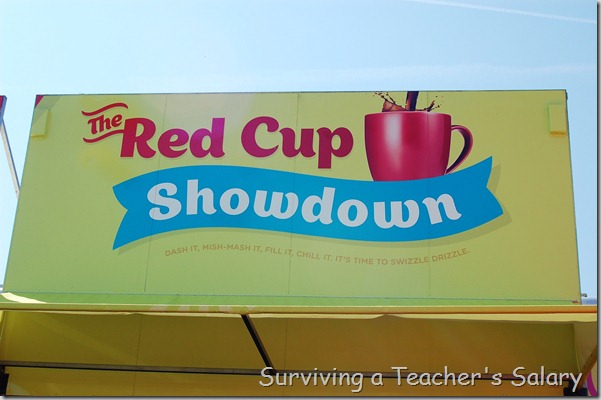 From where we entered the Iowa State Fair I was easily able to spot the Seattle’s Best bus from across the fairgrounds so we decided to stop there first before the kids went on all of the rides! Besides – we heard there was some sort of chocolate moose that I thought would be cool to see. 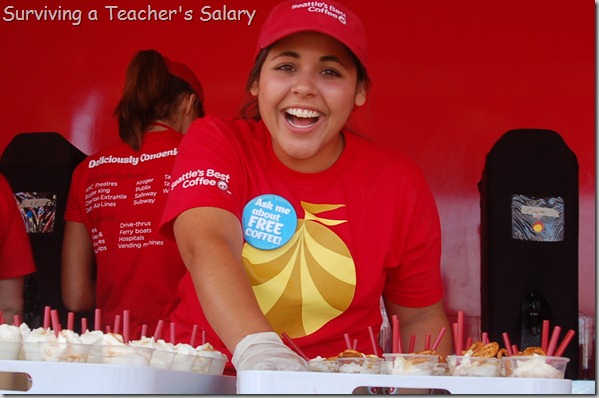 Everyone at the Seattle’s Best bus was SUPER friendly! Maybe it was all that delicious coffee that was being passed around? They had several different flavors including state fair – inspired flavors like Elephant Ear latte (my fav!) and Cotton Candy Mocha. Look how INCREDIBLY tasty their drinks looked – PLUS they were FREE! 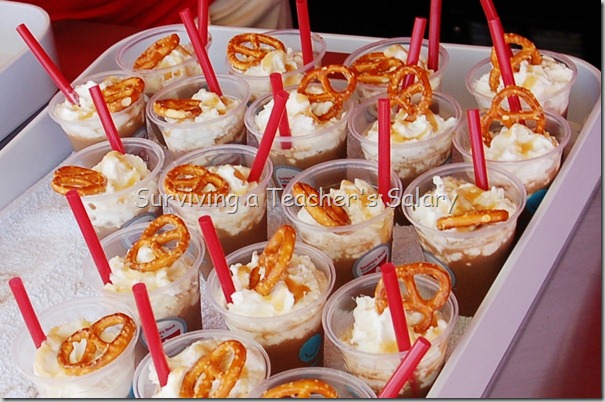 And if that doesn’t look amazing this one sure does! 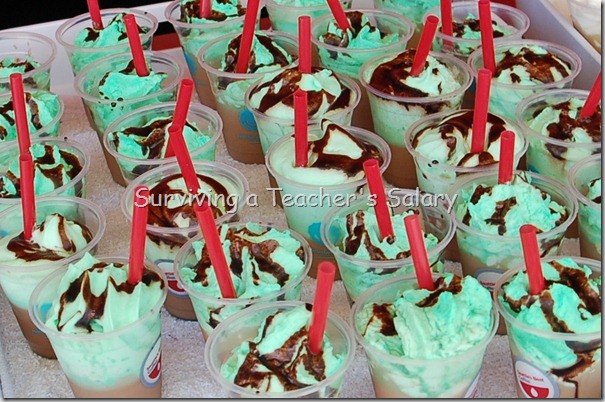 OH it’s making me want to go back just for these delicious treats! 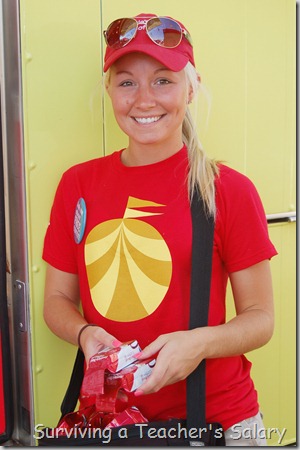 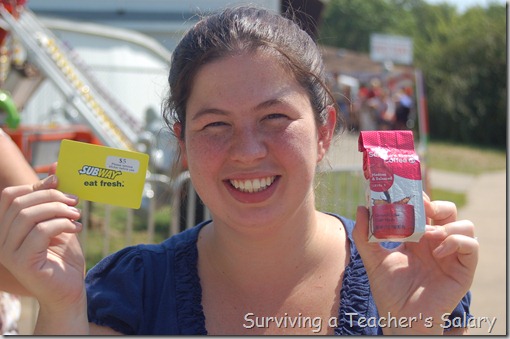 a $5 Subway gift card and MORE coffee! 🙂 How fun! Guess what we ate for dinner on the way home that night?

After visiting the Seattle’s Best coffee bus we took the kids over to the other side of the fair (it was HUGE) for a few hours of rides. We bought the kids the unlimited wrist bands since it was the best deal and let them ride till their hearts content. There was SO much to see at the fair! Petting zoos,  places for the kids to plant seeds and take them home, microscopes, bee keepers, baby livestock area, show arenas, gardening contests, recipe contests, SO many things we didn’t even make it to. I would love for you to check out the photo album I made of our day at the fair because I couldn’t possibly squeeze all 79 pictures into this post! We had an AWESOME day! 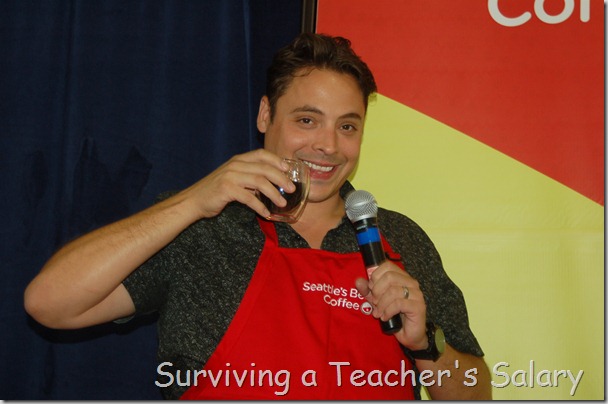 To finish out our day we headed over to the #RedCupShowdown hosted by Jeff Mauro – Food Network celebrity and host of Sandwich King!  This was actually REALLY cool – I’m SO glad that I went! Three contestants at a time were up at the front table (you can see more of the photos from the showdown in my photo album!) and they had 5 minutes to come up with their own coffee creation. It was actually very interesting as each contestant had a very special story behind the flavor they were creating. One lady was creating a Red Velvet Sunrise coffee because she saw a red sunrise after her husband had a stroke and thought it was beautiful. One lady lived in Syria for a while so she added special spices to remind her of being over there. One busy mom (shown below who also won 3rd place) missed the pre-kid days where you had time to sit down and have a big breakfast so she made a blueberry pancake & bacon coffee. 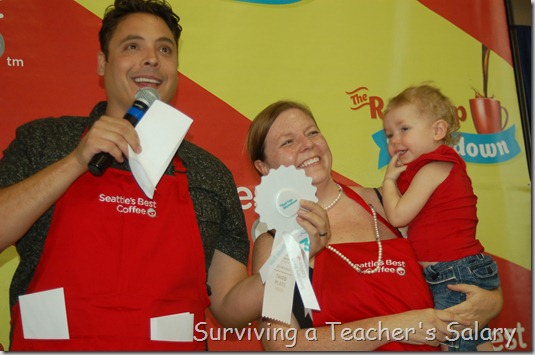 The lady who won made a coffee called “How to Win a Guy in One Sip” which I’m pretty sure had chunks of bacon in it! She won $500 AND a trip for 2 to New York! Wow!! And OH….OH you KNOW I had to post a picture of the chocolate moose!!! 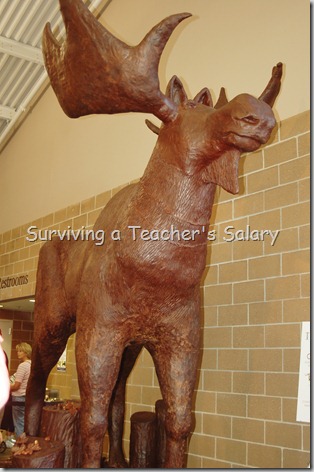 Check out the SIZE of that thing! It smelled SO heavenly! I seriously wanted to run up to it and just take a huge bite! 🙂 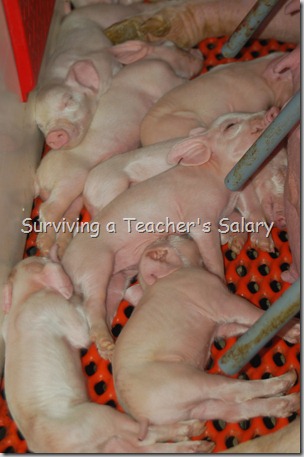 Another really cool thing at the Iowa State Fair was an entire area set up with pregnant animals – if you were lucky enough (or unlucky haha) you could actually watch the animals giving birth. We were able to pet the goats that were just an hour old, see tons of piglets, ducks, chicks, and other livestock! 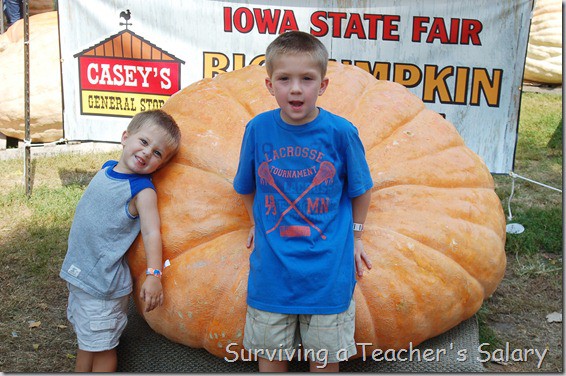 And there was even a pumpkin growing contest! Check out this PRIZE winner which was 933 pounds!! WOW! 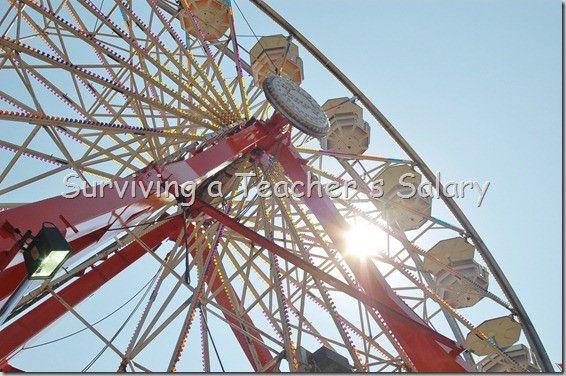 And it wouldn’t be a day at the fair without going on the ferris wheel would it?

You can see more photos from other state fairs that Seattle’s Best has toured at on their Facebook page!

Disclosure: I am a member of the Collective Bias Social Fabric Community. This shop has been compensated as part of a social shopper insights study for Collective Bias and Seattle’s Best Coffee. #Cbias #SocialFabric All opinions are my own.