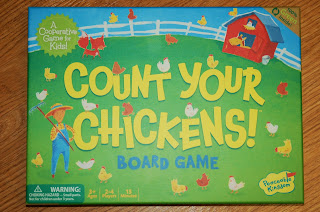 Count Your Chickens, a new game that has just been launched by Peaceable Kingdom Press

, is a brightly colored game geared for ages 3+ years old. The great thing about this game? There is NO reading required so any age can play! The other great thing is- it’s a cooperative learning game! 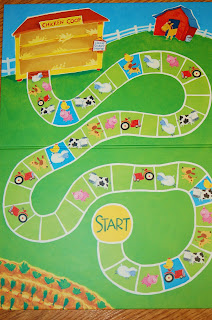 What exactly is a cooperative learning game?
A cooperative game is a game where ALL players play TOGETHER to meet a common goal, or in this case- win the game! Instead of the traditional games where you play indiviually to win, everyone has to play together to win- you either ALL win or you ALL lose!

All of the pieces for this game come in the envelope that you see above. It comes with the spinner I also have pictured, as well as a mama hen and 40 little baby chick pieces. Notice the extremely bright kid-friendly colors used in the game! This is what initially really drew my attention to the games! 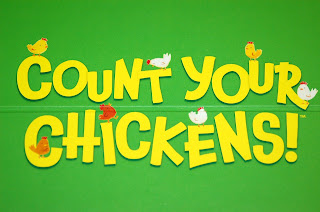 Here you can see the mama hen with her 40 baby chickies. The mama hen actually stands up, but I laid her down so you could see her better. 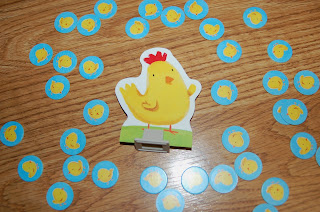 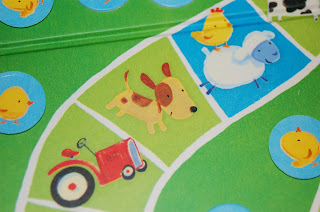 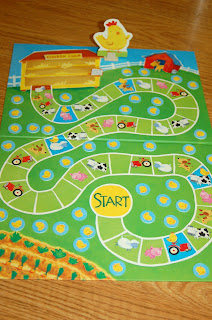 But UH-OH! YOU landed on a fox! AH! If a child lands on a fox they must remove a baby chick out of the chicken coop! The children must work together to bring all baby chicks home- or else Mama Hen will win and the entire team of kids will lose.
As an added plus- this game, as well as Peaceable Kingdom Press’s other Cooperative Learning Games are all printed with FSC papers & soy-based inks. It’s 100% green!

All of the games I received from Peaceable Kingdom Press were sent over to my husband’s elementary school to try out in the classroom. They were put into K-5 through 2nd grade classrooms. This particular game went into the Kindergarden classroom.

So how well did the game work in the classroom?
“This game was very simple for even my lower level children to understand. Sometimes the kids would forget they needed to work as a team, but then I would hear one of the students chime in and remind everyone that they would win if they all worked together. This is a great concept to instill in our younger kids when our society is pushing for competition in such a heavy way. The bright colors on the game really attractive the kid’s interest. It is definitely a game we will play again. It doesn’t get any better than this.”
You can learn more about Count Your Chickens and order your own on Amazon

or at Peaceable Kingdom Press!
Disclosure: I was not compensated for this review. All opinions are mine & the teachers involved. I received a game in order to form my own opinions for this review.