I attended an all expenses covered press event at Pixar Animation Studios. 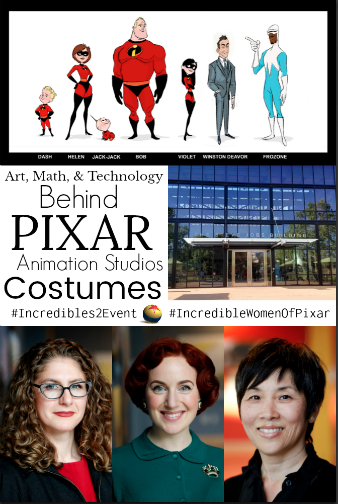 Animation to me is so fascinating. I mean how do they create all of these cartoon characters so seamlessly onto a movie screen? What are the steps taken that create such an amazing film? A LOT. After visiting Pixar Animation Studios to learn more about their Incredibles 2 film my MIND WAS BLOWN. My mind was blown! But also as a mom to a kiddo who loves drawing comics, I was also encouraged! Diving into the world of animation for a few days really opened my eyes to just a few career fields out there for artists.

Did you know that there are artists that ONLY work on clouds for Pixar films!? Clouds! And shading – you can literally spend every day shading colors. Who knew!? And yes, there are those lucky people that spend every day drawing leaves. Every single leaf for the Incredibles 2 film was hand drawn. Can you imagine?! But perhaps one of the most exciting artistic corners of this film is the costume designers! I had no idea that animated films had, or needed, costume designers. And it’s crazy fun but a crazy amount of work!

This is Deanna Marsigliese, a Pixar Animation character artist. You’ll note she’s smartly dressed in a mid-century inspired costume which is the period inspiration for the Incredibles 2. Her goal? Tell a story through the character’s outfits! Surprisingly, costume design is no different for animation as opposed to live action movies. (another mind blown moment!) Think about the amount of work it must be to choose proper time period outfits for an entire crowd. Accessories, watches, shoes, jackets…..the more you think about it the bigger it becomes!

Not only was each piece of clothing hand drawn for the film but it was hand sewn and created in “real life”. In fact Deanna created an entire line of fashion for Edna Mode called, Mode. Inspired by Schiaparelli, Edna Mode is BOLD, dramatic, surreal, and she detests models. How do you create a fashion line for people you detest?! There is some real problem solving and researching that comes into play here!

Would you believe that some of the inspiration for Edna Mode’s fashion actually starting with old sewing patterns from the 1950’s? Talk about history coming back to life! Drawing a picture of an article of clothing is one thing, but in the presentation we also got to actually SEE how that piece of clothing goes from a flat drawing, to 3 dimensional. It’s not something you would normally think about. The Pixar artists have to make every single wrinkle in each clothing item realistic with shading. Every pleat in a skirt or sway of fabric move appropriately when a character walks. Can you imagine how tedious this becomes?

“It will be BOLD. Dramatic! Heroic!” – Edna Mode

Let’s take just one item, Edna’s silk kimono loungewear. There are 3 basic steps of creation to bring this to animation:

And let’s not stop there! The team had to research buttons that fit the time period, color shades, watch straps, and even zipper lengths! It’s amazing the amount of work that goes into a film JUST with the clothing! Costumes became more of a piece of sculpture than a fashion statement while working on Edna Mode. The artists really had to think outside the box and dive into various textures to create the perfect look. Above you can see different textures being applied to Edna Mode’s outfit to explore different options. And when a character walks into a room or outside the lighting changes casting shadows and other shades that come into effect.

This was pretty cool – above you can see some of the clothes that were designed during the research of the film and actually worn on a daily basis at Pixar so the artists could study the way the clothing moved on people in different scenarios. So if you have a child obsessed with clothing and fashion – don’t write off their intense interest just yet!

In the Incredibles 2 film we are introduced to this new character Evelyn Devnor. You can see above the concept art of various styles they tried on this character as they worked through the costume design process. They wanted her to have a very smart, rich designer feel but relaxed and comfortable to fit her personality. A lot of inspiration for this character’s dress was inspired by Jean Shrimpton and even Patti Smith.

Dash was perhaps the easiest character to outfit, aside from Jack Jack. The Pixar team joked about saving money on Dash’s clothes because he was a typical kid who only needed a t-shirt and jeans! Thanks to software technology all they had to do for Dash was swap out colors!

Violet has the vibe of a rebellious teenage so instead of dressing her in the 50’s style like the other characters she is made a little more edgy by sporting 60’s inspired outfits.

Mr. & Mrs. Incredible’s wardrobes were really inspired by actors who tended to embody the personalities of the characters. For Helen, AKA Mrs. Incredible or Elastigirl, inspiration was drawn from Mary Tyler Moore, Audrey Hepburn, and even Marilyn Monroe.

For Bob, the Pixar team envisioned the personality and stance of Paul Newman to inspire their creations.

There were various presentations given during our “No Capes!” session at Pixar Animation Studios – all of them equally fascinating. Fran Kalal (pictured above), is the character tailoring lead for the Incredibles 2 film. She stressed to us how absolutely vital both math and science is in her role in making the costumes move correctly in the film. She uses programming software to even micromanage each character’s hair and the bounce effect you see as they walk – especially Edna Mode’s.

Every texture of fabric has a different movement. Tweed, leather, neoprene….it all moves differently and you need math and science to help you show that in an animated film. In fact a brand new software was developed exclusively for hair for this film! They also developed a new process to re-fit clothes on characters!

If you’ve made it this far you realize that there is a TON of work put into every single aspect of a Pixar animation film. This post just touches on some of the costume design! A big underlying theme in the artistry process is finding ways to reuse and recycle what has been made. Spending hundreds, and probably thousands, of hours designing stuff cost money. And thanks to technology there are softwares that make it easier to re-use and re-fit items onto various sized characters. Once you have a basic body you can change the sizing to create different characters in a film. Using software you can then apply different clothing items and textures to each character.

For the Incredibles 2 film they created:

I wish I could share the exact presentation I sat through – it was absolutely fascinating even if you aren’t interested in art, fashion, or design. The amount of work that goes into an animated film is astronomical and when I watch the Incredibles 2 movie I will probably be completely distracted by thinking about each leaf and cloud that had to be hand made!!!

The movie comes out on June 15th and you’d better believe my kids are looking forward to it! Here’s a trailer: 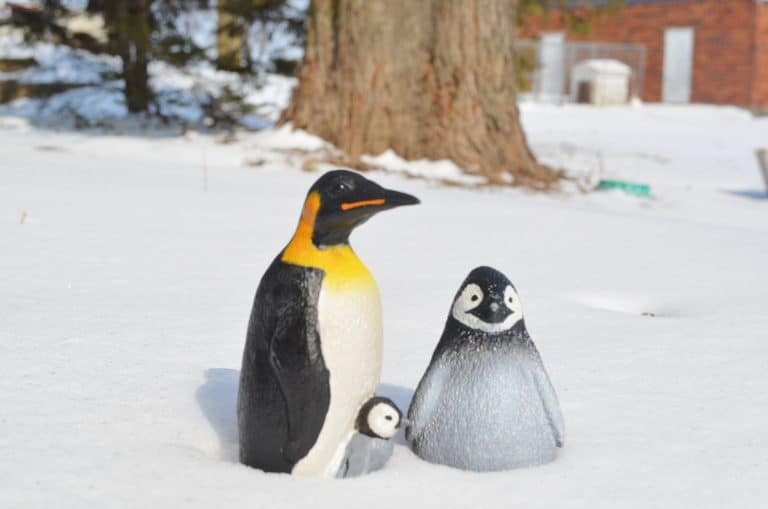 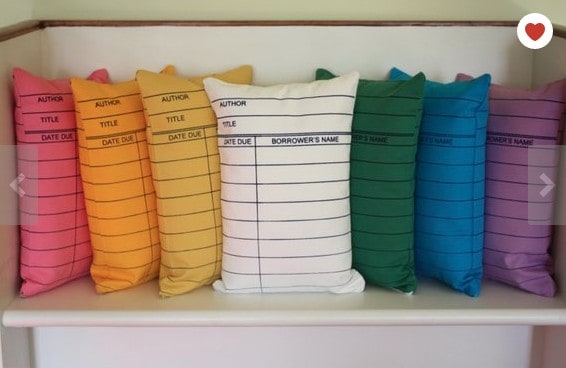 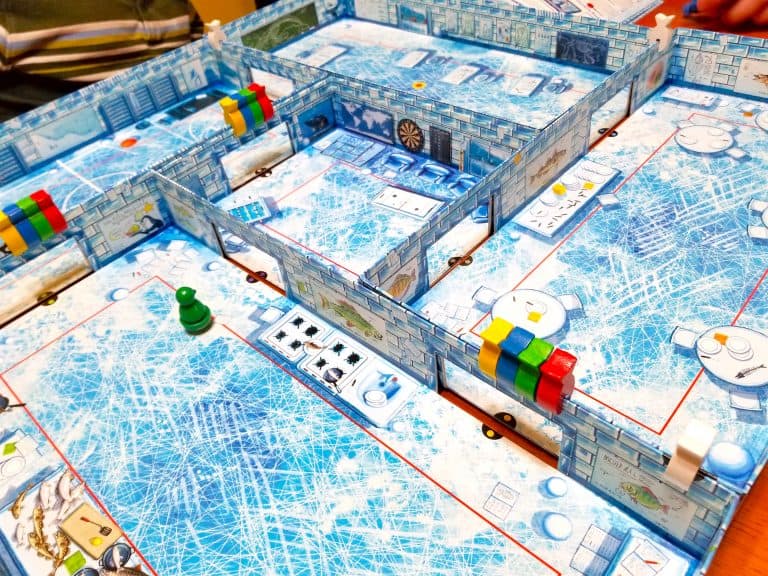