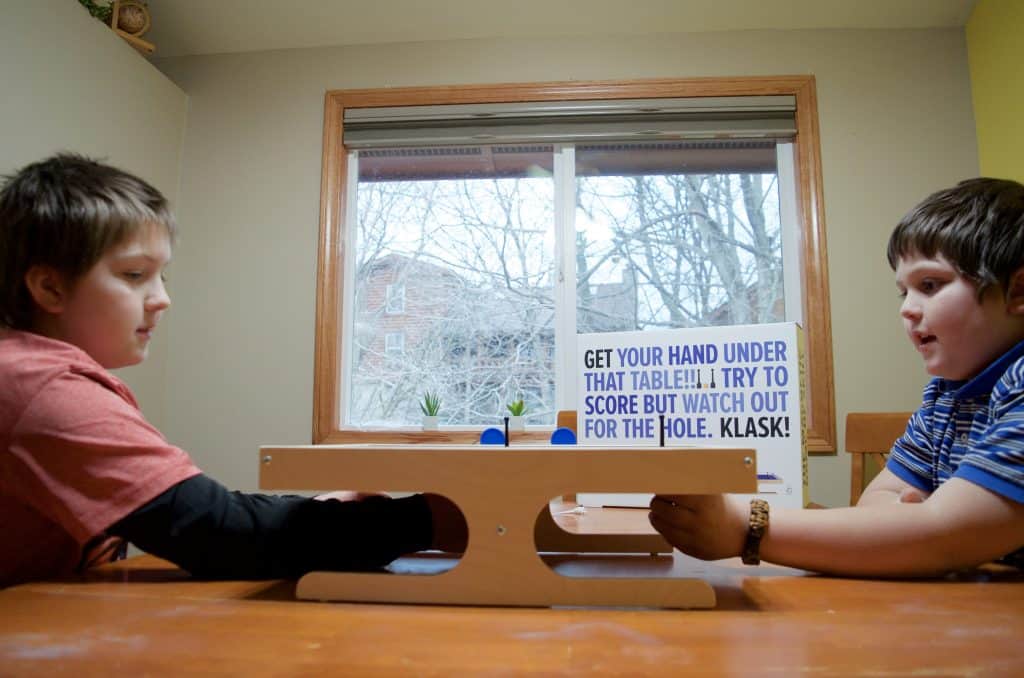 is another AWESOME game that was sent to us after ChiTAG this past year and it was BOTH of my boy’s #1 pick for the entire Toy & Game fair in Chicago. In fact it’s still their absolutely #1 “board” game to pull out and play. I had the great opportunity to chat with the designer while my kids played at the fair too which was really neat! It’s always fun to actually meet the people who design the games you love! Anyway – I literally had to poke at my kids to get them to leave the area because they played Klask for a solid 45 minutes and I was ready to move on! 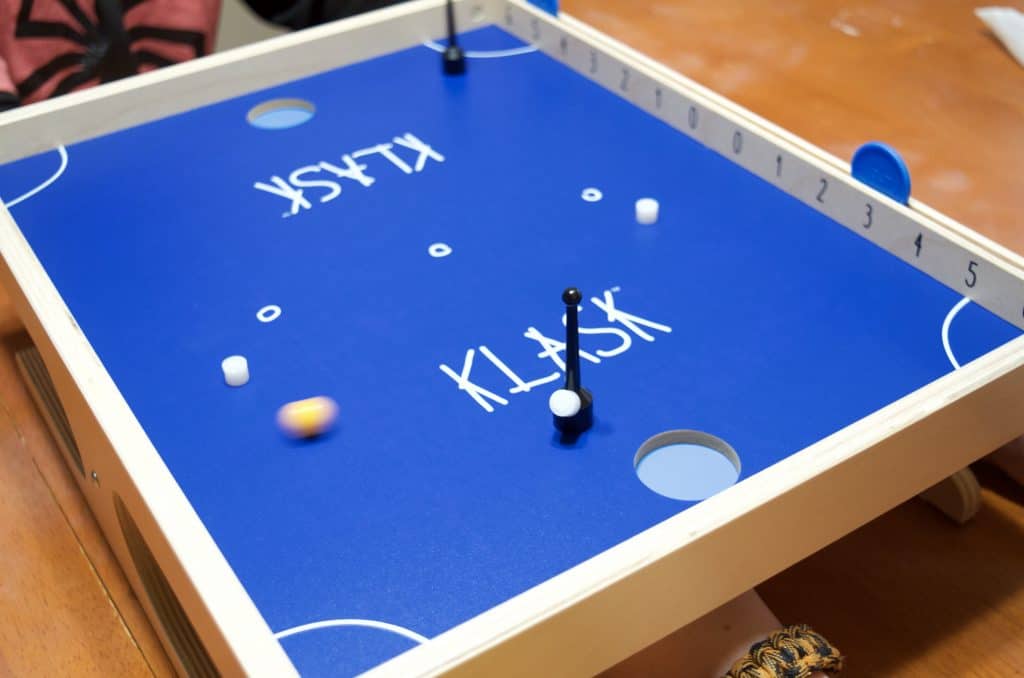 is absolutely high quality – no doubt about it. This is a game that will last for YEARS and through generations! It’s made of a very solid wood built structurally sound. There are NO electronics, no screens, nothing. Just a good epic magnetic battle in the making! Imagine air hockey without the plug. I’m not going to lie – it takes a few rounds to play though to get coordinated!! I did a Facebook LIVE video this week featuring several different games and you can see Klask there and how to play. 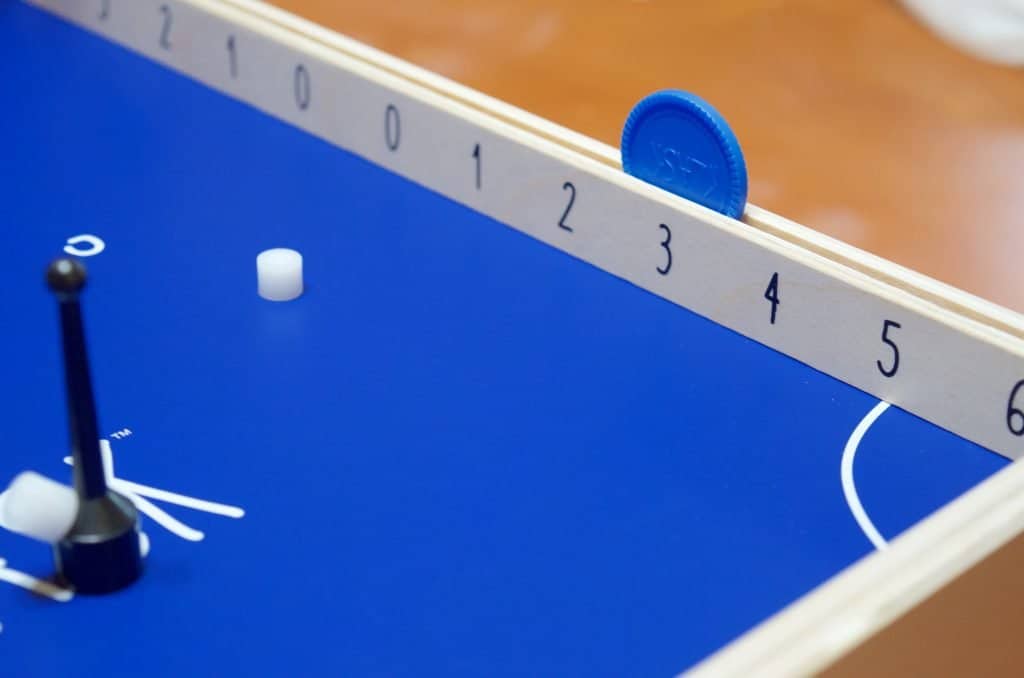 You keep score on the side of the game. Simple and effective. 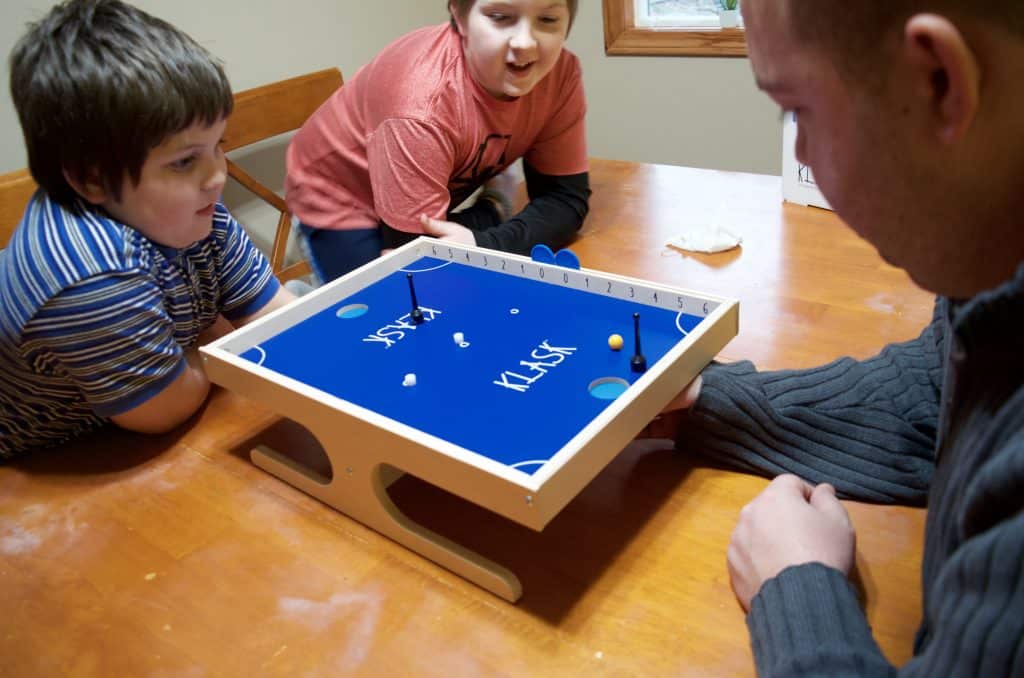 You hold half of the magnet underneath the playing “board” which then makes your magnet on the top move anywhere you move your hand. The object is to knock the ball into the other person’s goal to score! But watch out for the little white borders – if you get too close to them they will stick onto your magnetic rod and you don’t want that! 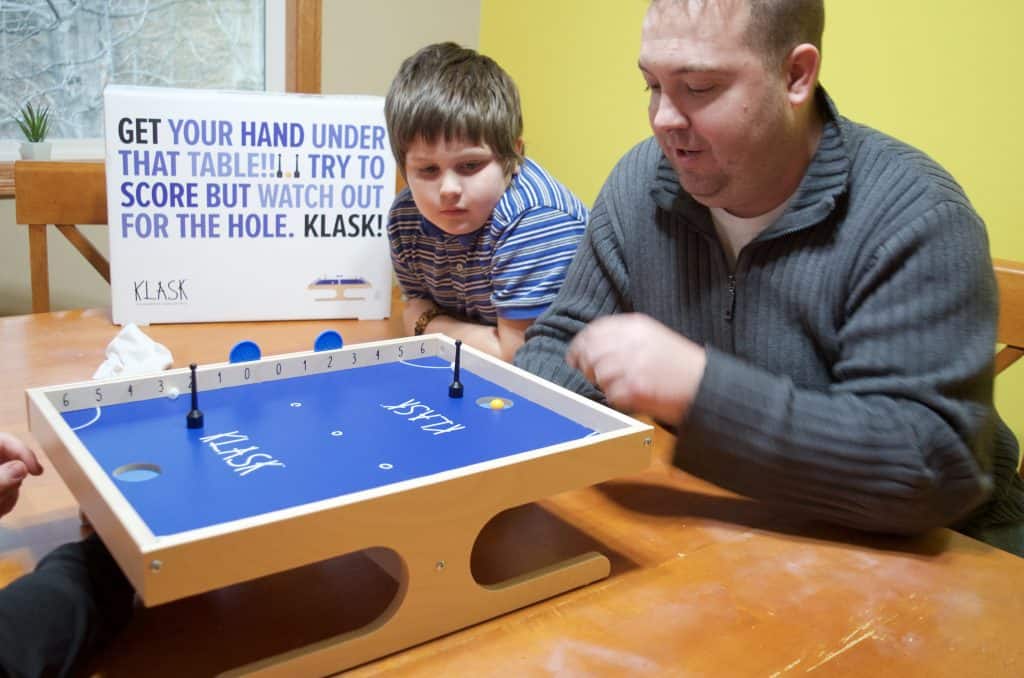 I LOVE air hockey so I jumped right into the game but I had the darndest time keeping my hand with the magnet – I kept pulling it off! it is SO SO fun though. My husband did not go to the ChiTAG fair with me and when he played Klask he was TOTALLY hooked. He was like a little kid again playing over and over and over again. 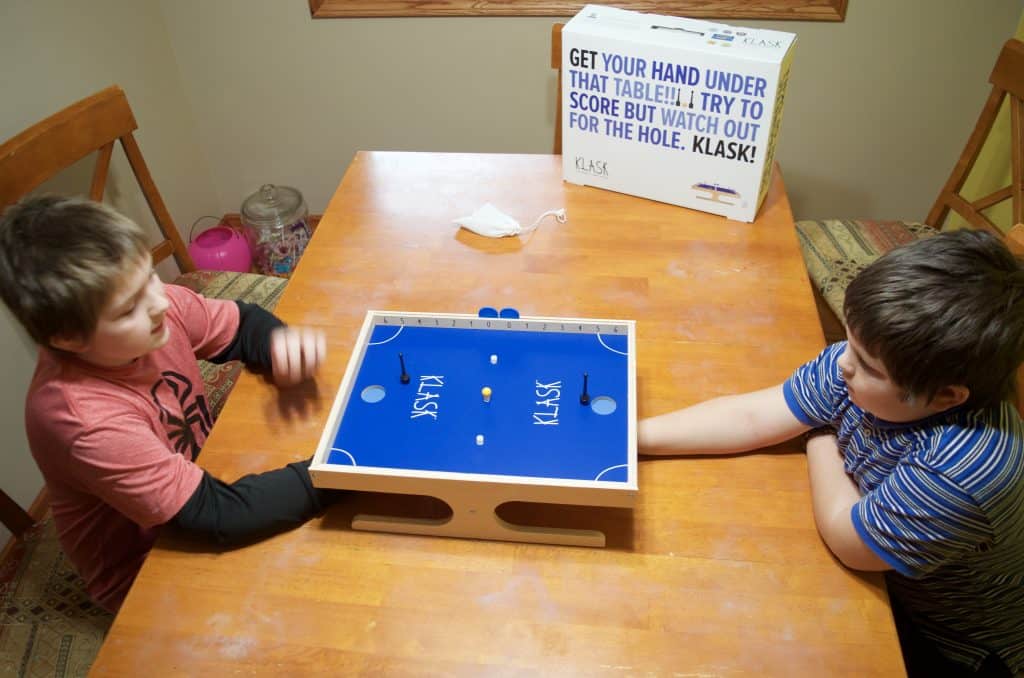 I absolutely recommend Klask if you’re in the market for some fun times and a good game! Klask (and Bonk) are some of the highest quality materials used I’ve seen in games for a long time and they are guaranteed to be “THE” game to play at parties! You can have entire tournaments with Klask and I already know the cousins are going to fight each other to get the first chance to play Klask at the holiday party!