Disclosure: I received media tickets to attend this show. No compensation was received. All opinions are my own. 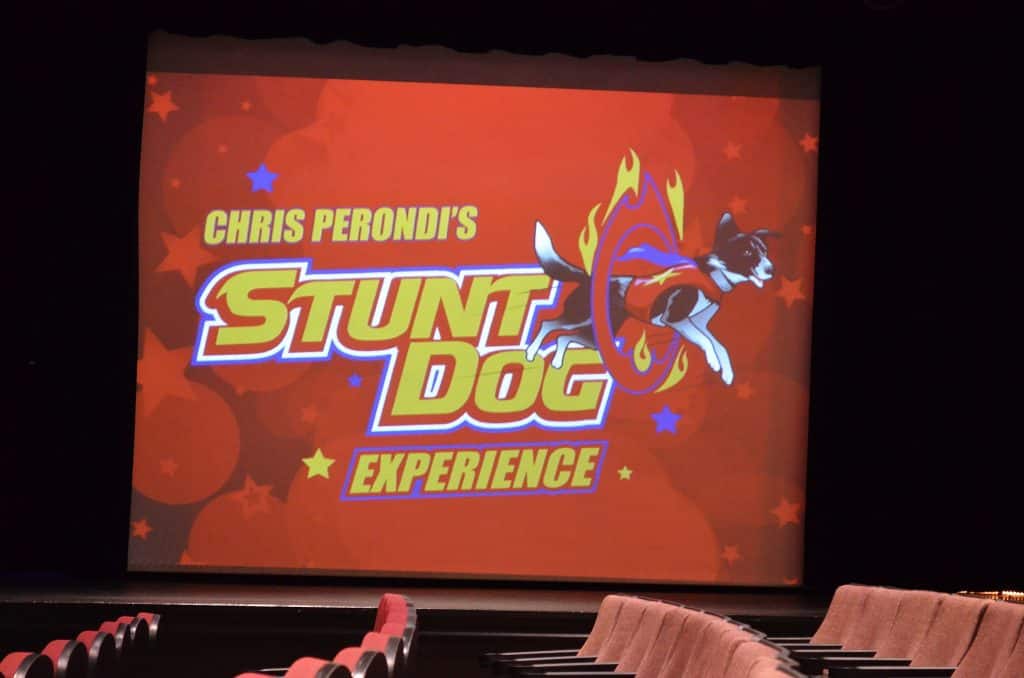 One of the most anticipated attractions for my kids while we were in Branson, MO last week was the Stunt Dog Experience which has been featured on David Letterman, CBS Early Show, Sports Illustrated Magazine, Jay Leno, Fox Sports, Ellen Degeneres, Oprah Winfrey, and other popular shows and media outlets! I KNEW that it must be good!! And we certainly weren’t disappointed! It was right on the Branson strip in the Clay Cooper Theater so it was very hard to find! Before the show actually started they had a “pre-show” with comedians which had great audience participation – of which my son was chosen! 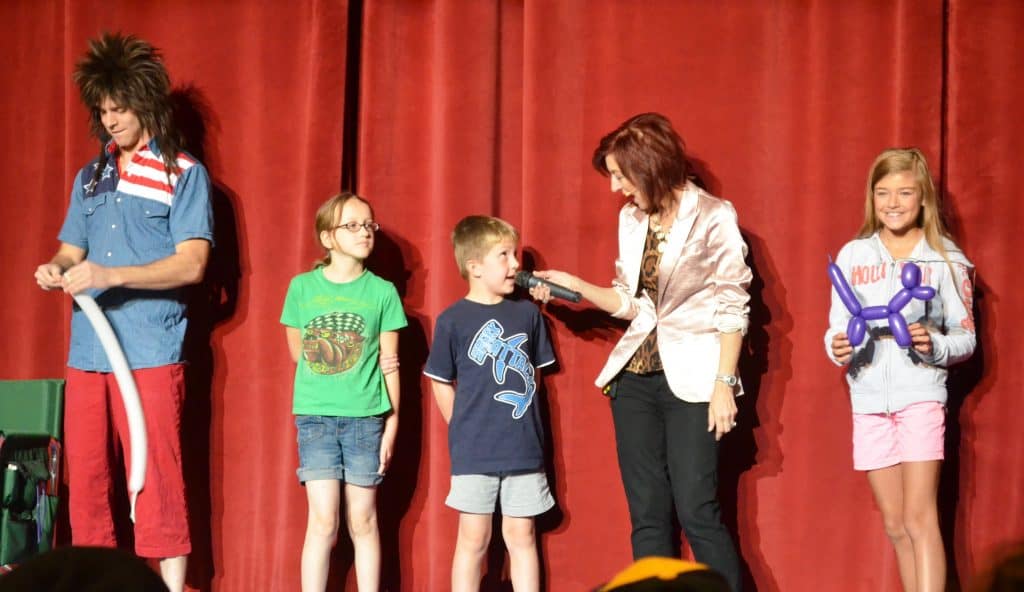 It was not only funny but quite educational as they asked the kids trivia questions about their favorite dogs. Believe it or not I actually had no idea of the answers and learned quite a bit myself even though I’ve had dogs almost my entire life! For example – did you know that dogs sweat through their paws?! Me neither! Of course my son was over the moon excited about being chosen as a volunteer participant. He even received a balloon dog in exchange for participating – which 10 days later we STILL have here at home! 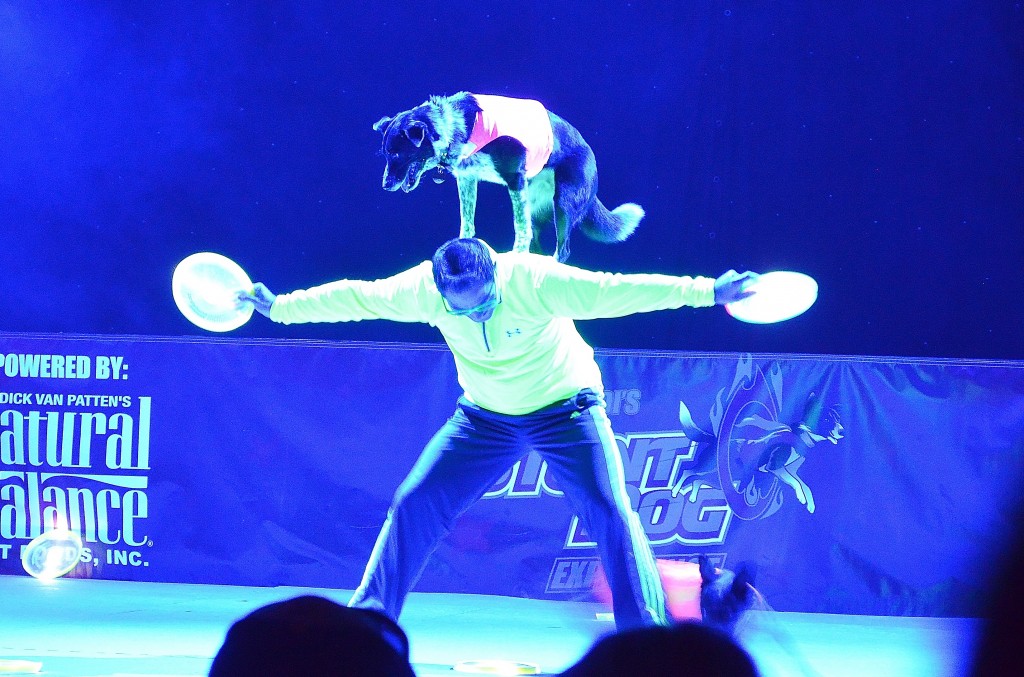 Clear photos were really tough for me to capture as these show dogs were SERIOUSLY fast! Not to mention the captivating light variations as the dogs were performing their stunts wreaked havoc on easy photos! 🙂 So I mostly settled back to enjoy the show – and there were a LOT of different dogs involved. Each dog had mastered his/her own talent whether it be jump roping, DOUBLE jump roping, catching frisbees across the stage, jumping on top of trainers, weaving in and out of hoops, etc. It was certainly a high action continually moving show that kept my kids entertained the whole time. They even had a few newbie dogs out to show how they trained them which was great for learning tips even for our own dog. Our pup we adopted from the shelter, just like all of these show dogs, and has absolutely NO interest in toys at all so I’m really eager to work with our dog based on some tips that Chris Perondi gave! 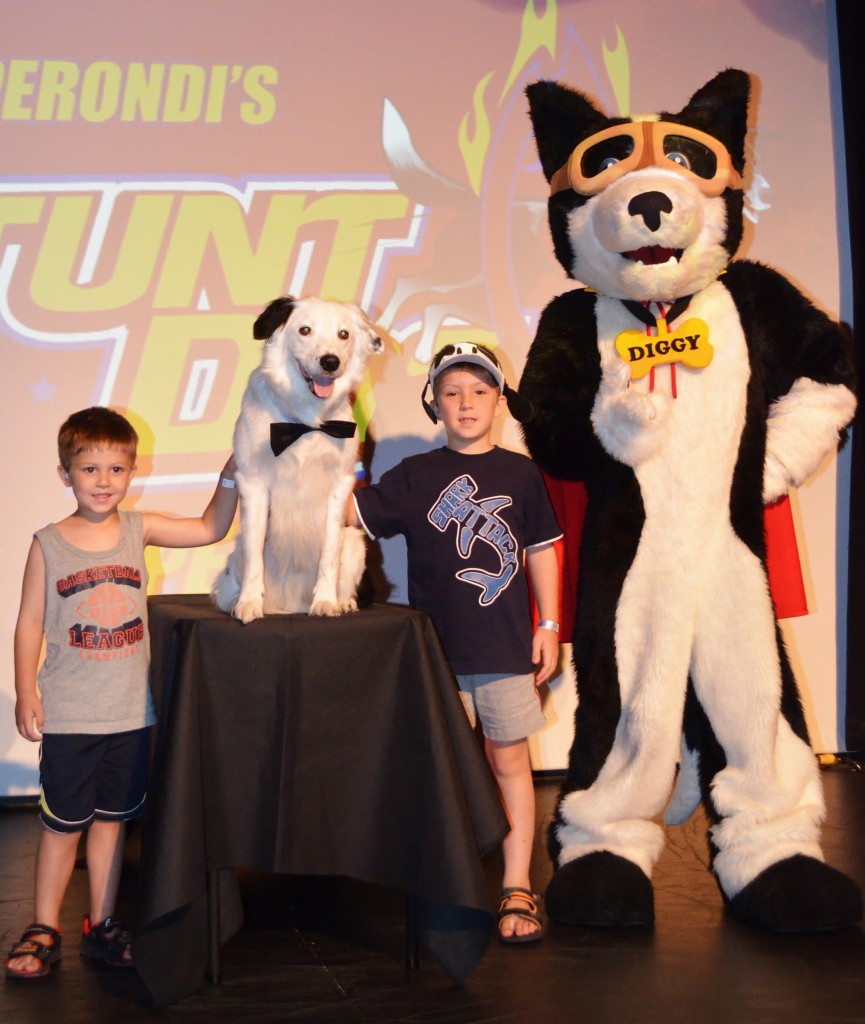 In the middle of the show was an intermission and for $10 you could go up to pet this dog Hero and take your photo with him! Normally we wouldn’t have spent the extra money but all of it went to helping dogs that are rescued from the shelter so it was definitely for a good cause! And you can see the puppy hat that my son is wearing on the right – ONLY $5! It was a steal! They had all sorts of colors and puppy styles in those hats and for $5 per kid for a souvenir that they could wear later I was thrilled for the deal! 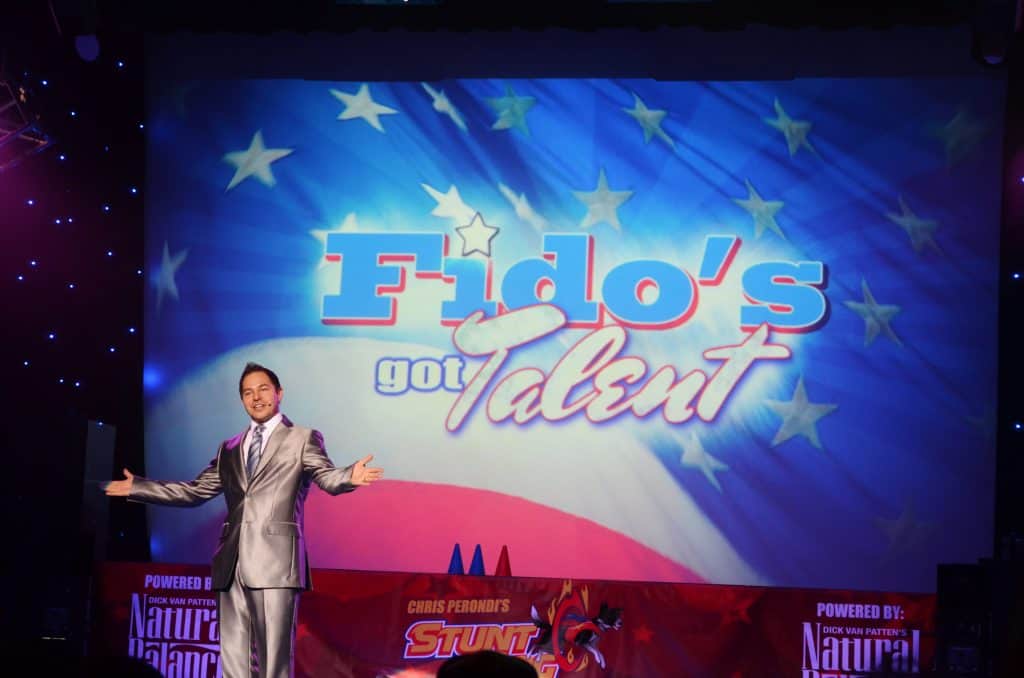 One thing that I was impressed with how well the Stunt Dog Experience mastered was audience participation. Here you see Chris Peronidi, “master” of the show, lead the audience in “Fido’s Got Talent” where various actors and dogs showed off some of their skill (or lack thereof!). In the back you can also see blue and red cones which represented different sides of the audience. Each side of the audience had a dog (blue team or red team) that would perform tricks and compete in competitions that we would all cheer for! It was a lot of fun and the kids (including my own) were just yelling at the top of their lungs to cheer for their team color dog! 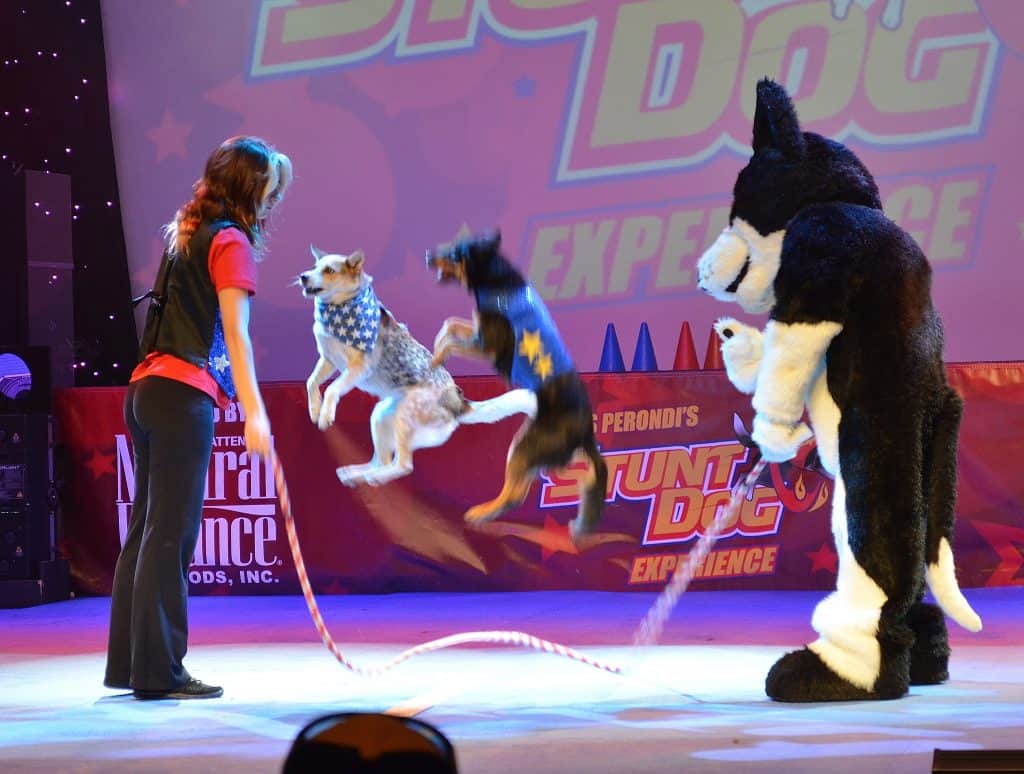 You can tell the training team LOVES their dogs and spends a LOT of time with them. It’s amazing what these dogs could do and I loved how they not only focused on the fact that they rescued these pups from the shelter, to spay/neuter your pets, but they also did a fabulous (tear jerking!) tribute to dogs in the military. I had no idea how many military dogs we had out there and it was a fantastic presentation (and kid-friendly!) to learn more about our pups out there serving alongside our soldiers and keeping them safe. 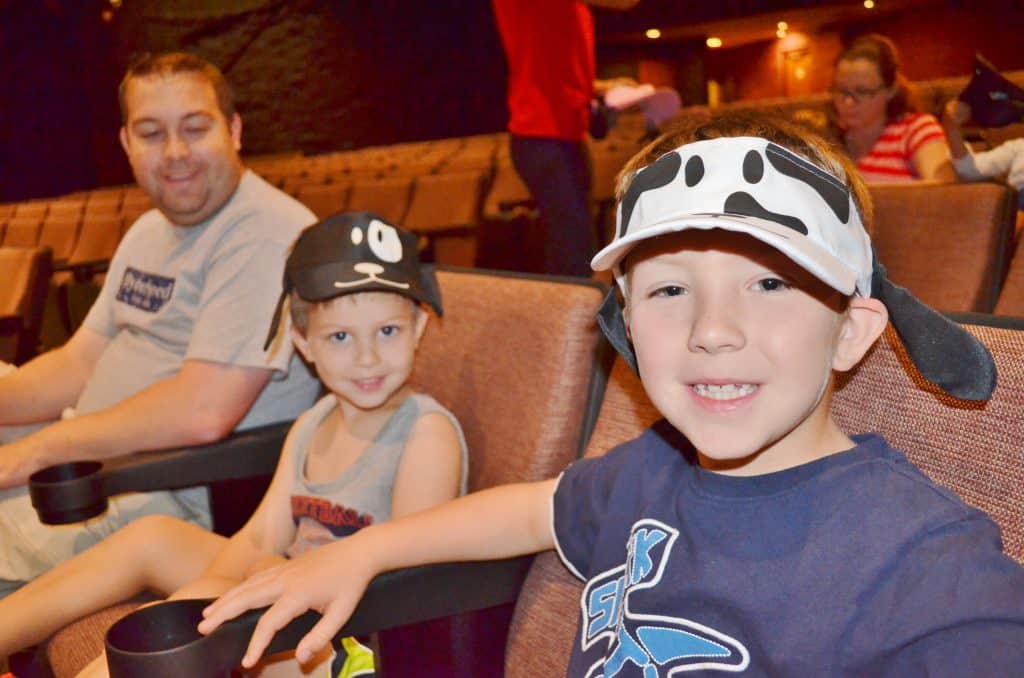 Here you can see my excited boys with their new dog hats! The show was really great and perfect for kids! It made my kids that much more excited to go back home and play with our dog Jenny! Between the pure entertainment value, educational value, and audience participation that was incorporated by the show we were very happy with our experience at the Stunt Dog Experience! If you’re headed to Branson and have animal lovers in your family you won’t want to miss out on this show!