This year my little guy turned 3 years old, and after he told me he wanted a popsicle themed birthday party. I quickly realized that there are not a lot of popsicle related crafts or birthday decor that I could find online! At least not in a frugal kid-friendly way! 🙂 Two days before my son’s birthday party I was also scheduled for major abdominal surgery so I needed his birthday party to be extremely low key for me! I pre-made just about everything except for the cake and it was SO simple!!

First I bought poster board in fun bright colors and just rounding the top edges to form large popsicle signs. I then took empty cardboard wrapping paper tubes and pinned them under the signs so that it looked like large popsicles! 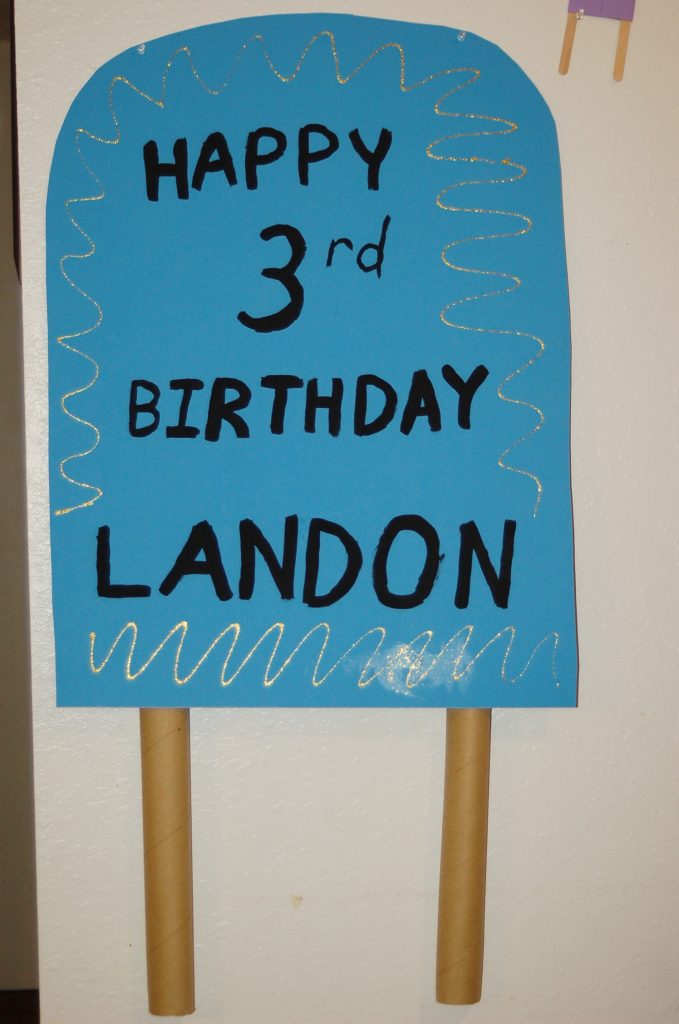 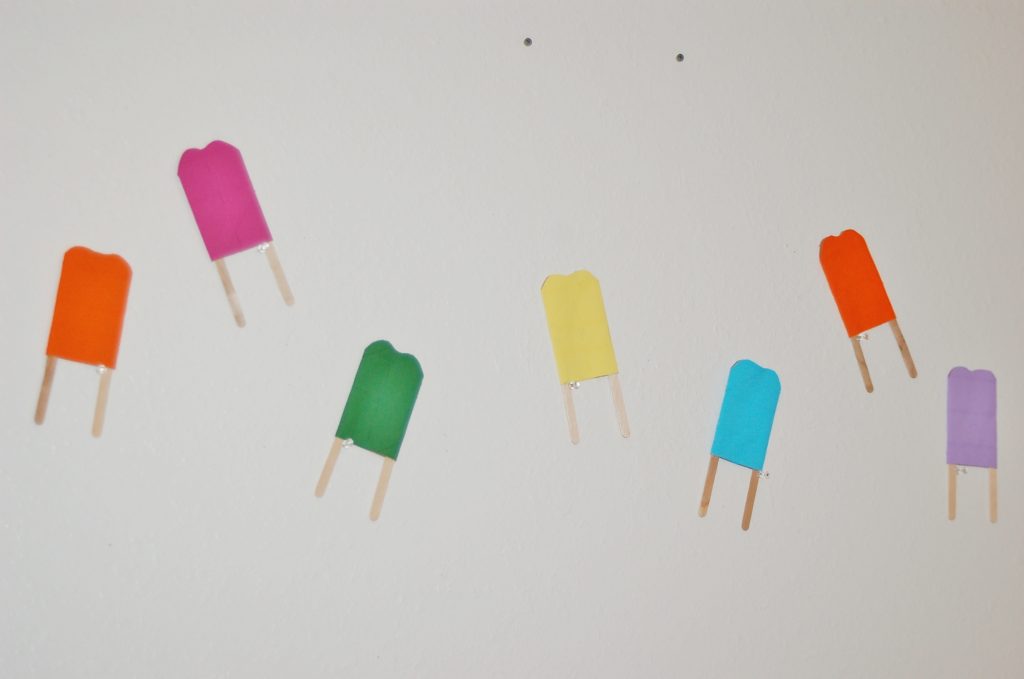 The one thing I didn’t make the week before the party was our popsicle-shaped cake. I needed it to be extremely simple as I knew I would have a hard time getting around after the surgery. I simply used 2 boxes of cake mix in a 9 x 13 pan. Once the cake had cooked and cooled I simply used a knife to round off the top of the rectangle to make a popsicle shape as seen below.

I folded up the ends of a toilet paper tube left over from our popsicle crafts and stuck it into the bottom of the cake for the popsicle “stick”! Since I didn’t want a lot of food dyes & I forgot to get colored frosting anyways I just put sprinkles all over the cake! 🙂 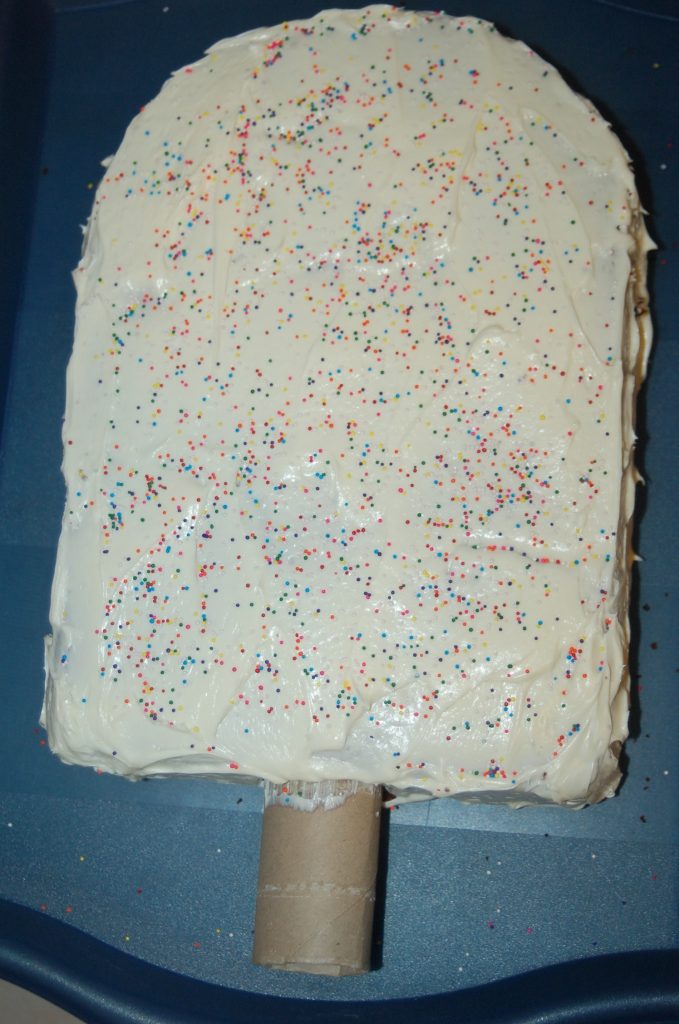 After cake & present time we went out in the backyard to take a few swings out of our popsicle-shaped pinata! (See my tutorial on how to make a popsicle shaped pinata here.) 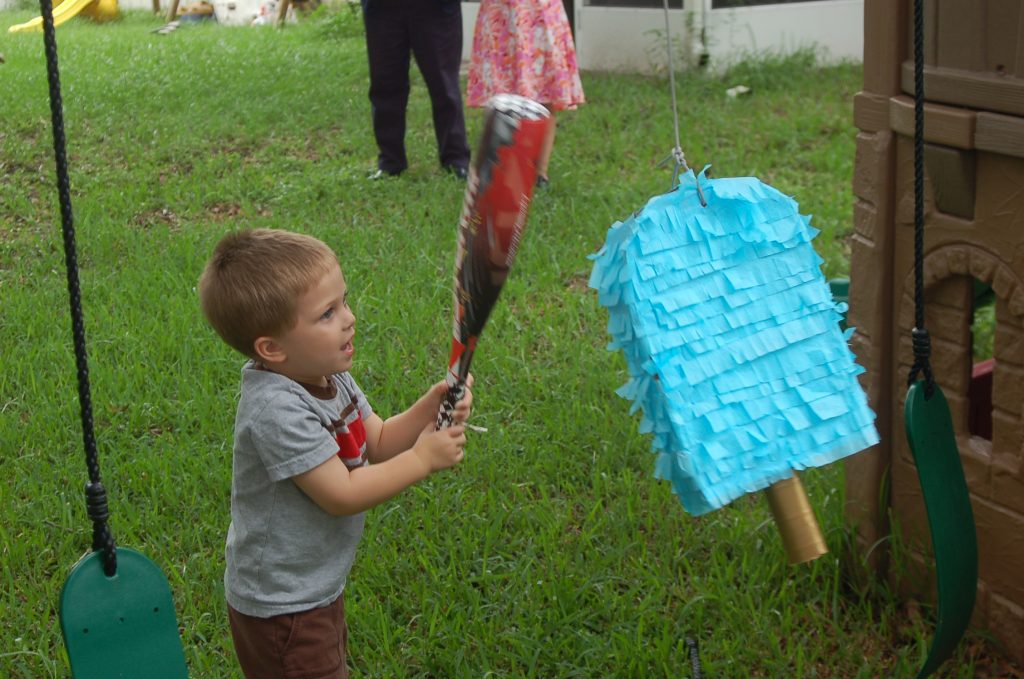 I seriously did not realize my cardboard pinata would hold up so well!! My husband had to take a few swings at it and it still barely made a dent!! 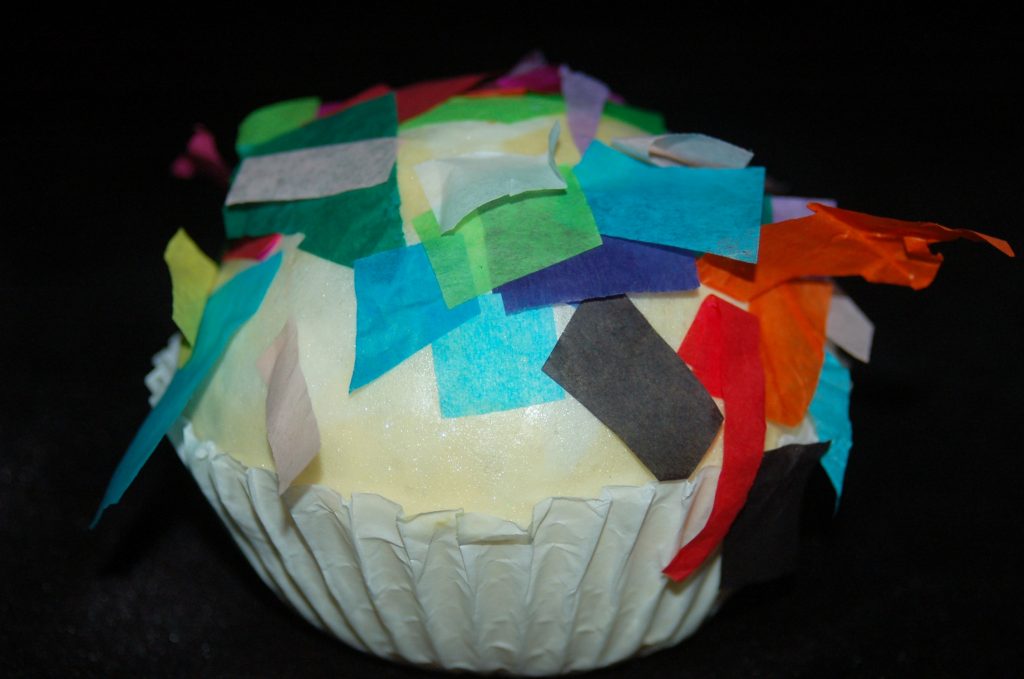 And then just to make sure the kids were busy they also did this fun & simple foam cupcake craft.

Of course we had tons of popsicles to eat! One of my fabulous readers had the awesome suggestion of freezing colored dyes into a block of ice with a popsicle stick and have the kids “paint” which I really wanted to do but just didn’t get the chance to.