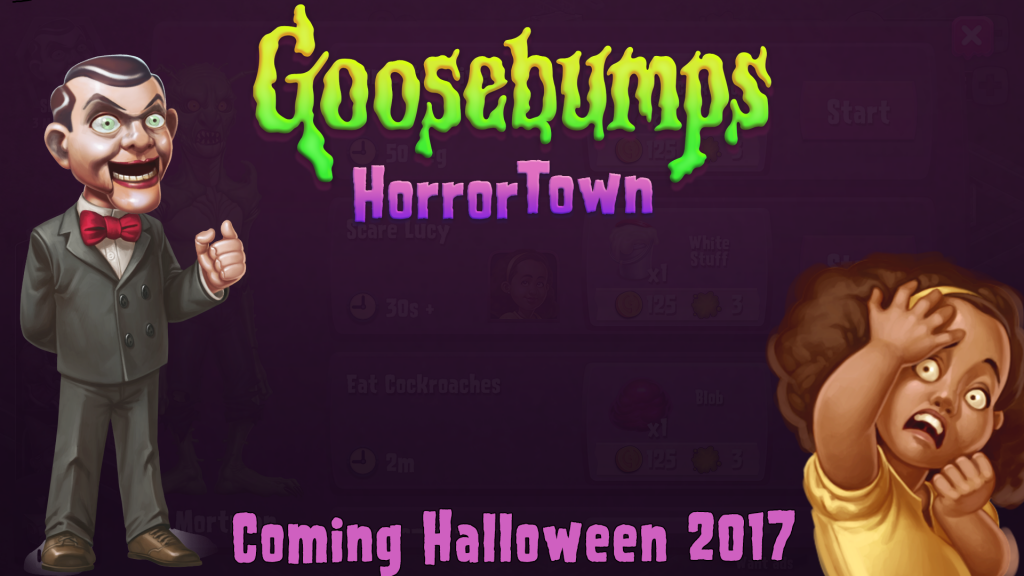 It’s HERE! The NEW FREEHorrorTown Goosebumps app is available to download and play! Build & manage your own spooky town based on your favorite Goosebumps book characters! Want a sneak peek at the new Goosebumps 2 movie? Or maybe you want to take a writing class from R.L. Stine or just download his free 16 page writing guide for teachers? 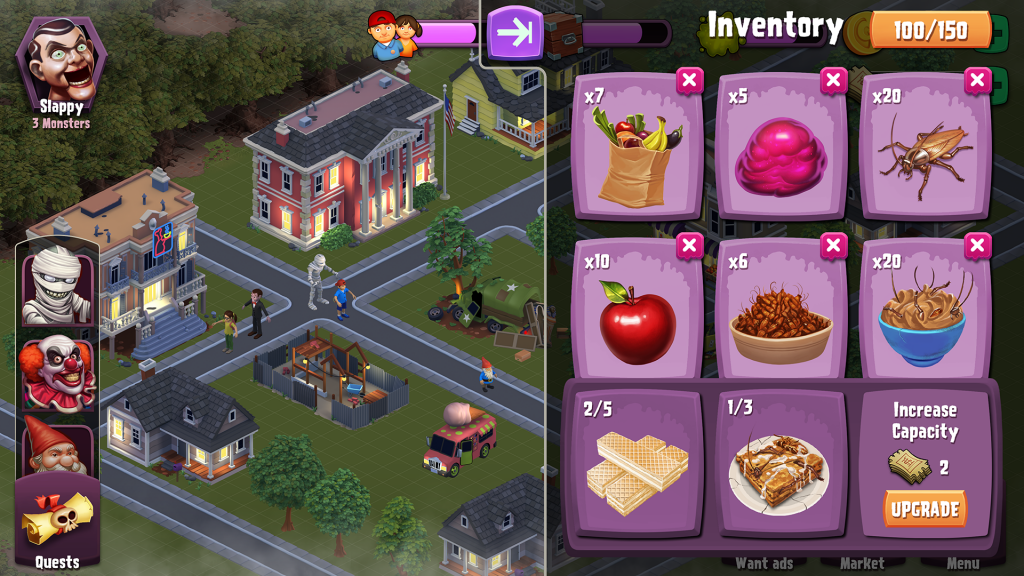 New York, NY – May 23rd, 2017 – Pixowl, a San Francisco and Buenos Aires based game developer, today announced it has teamed up with Scholastic to bring the popular Goosebumps™ series by R.L. Stine, one of the best-selling series of all-time with more than 350 million English language books in print, to mobile platforms with Goosebumps HorrorTown, a new character-driven city building game. Scheduled to release in June 2017 for iOS and Android devices, the game will put fans in charge of an eerie town that’s home to a range of inquisitive humans–and to a large number of wickedly beloved Goosebumps characters from Slappy to The Mummy to Lawn Gnomes, all of whom can interact with the human denizens through original content and stories.

Pixowl has established itself as a leader in developing character-driven mobile city-builder games based on IP from major comics, movies and iconic brands. With this new partnership, Pixowl continues its impressive lineup of brand partnerships that includes Garfield, Snoopy, PAC-MAN and Ghostbusters with more to be announced this year. Goosebumps HorrorTown adds one of the most beloved horror-themed franchises of all time to the studio’s lineup with a game designed to appeal to mid-core gamers who have grown up on the Goosebumps book series.

“As big fans of the Goosebumps series our team is having a blast putting R.L. Stine’s scariest monsters into a new interactive world where the players have control,” said Arthur Madrid, CEO of Pixowl. “Goosebumps HorrorTown will feature nosy humans and frightening monsters living side by side–what could go wrong in such a peaceful suburban town?”

In Goosebumps HorrorTown, players will try to build the largest town with the most complete collection of Goosebumps monsters. With both human and monster playable characters available, players will collect resources, scare humans, investigate monster activities and explore the map to find new areas and adventures  to unlock. The game features original content for fans with animations and missions for humans and the dozens of available monsters. Monsters can scare humans to obtain special materials to obtain new monsters, and humans can spy on monsters to find out what’s going on in their town. As players raise their experience level, they can unlock new content, grow their town and discover chillingly fun new adventures.

“We are excited about bringing Goosebumps to life in this exciting new platform giving fans of the bestselling book series another way to interact with this rich brand,” said Caitlin Friedman VP, Film/TV Development and Brand Strategy, Scholastic Entertainment

More details about Goosebumps HorrorTown will be revealed in the future. You can also follow on Facebook for updates.