When we lived in Iowa we bought memberships to the Des Moines Science Center of Iowa.  Although it was fairly small I was impressed at how kid-friendly and well done this science center way! The exhibits were just perfect! Kid-friendly, incredibly hands-on and interactive enough that you can easily spend at least a few hours there.

Not to mention that they also have educational demonstrations going on throughout the day! They also have an IMAX theater on site. 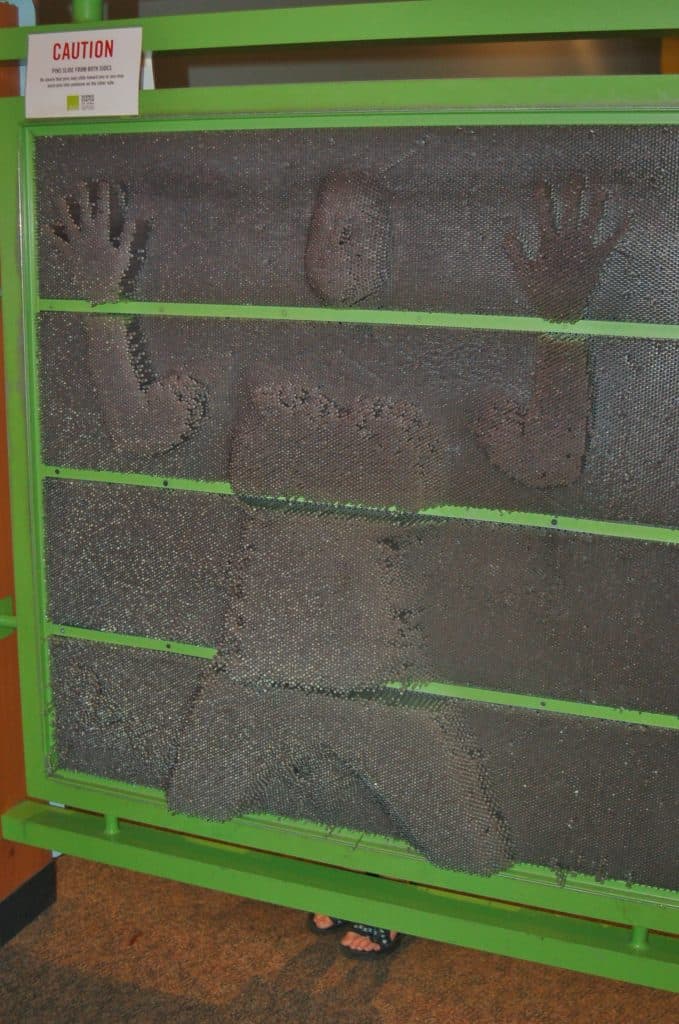 I loved this huge “pin” wall where you could press your body up against it to form your own creation! You can find it on the main floor behind and to the left of the ticket counter desk. This is where you will spend MOST of your time if you have younger children! There is a toddler town, a fishing station, a pretend play house, a grocery store and food “plant”, a HUGE bubble station that my older kids loved and MORE! 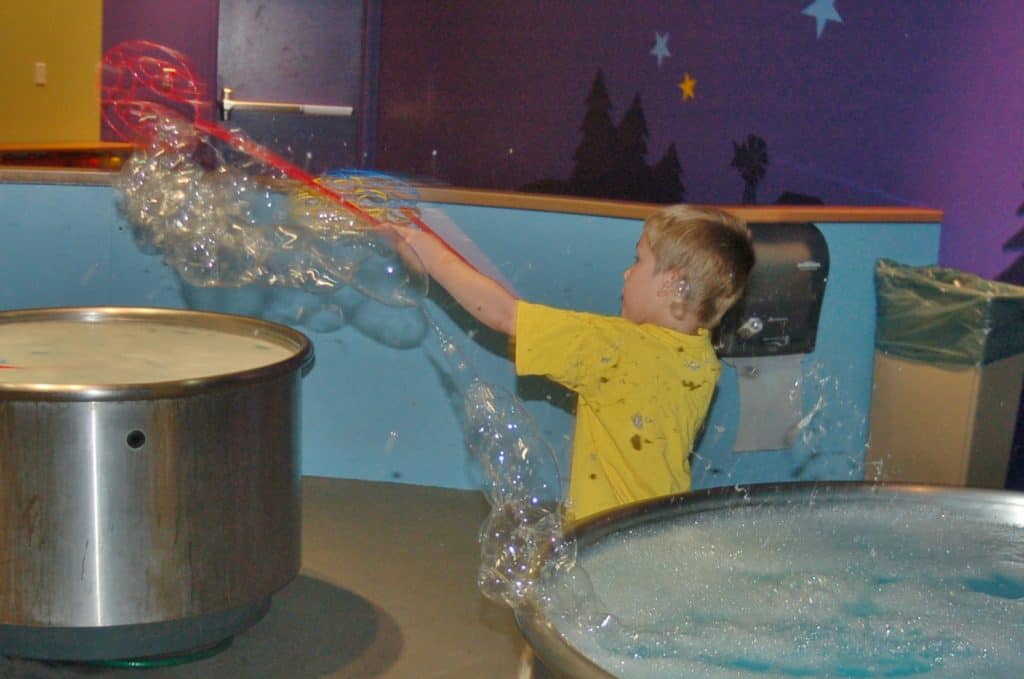 This was the “Bubble Bay” section – check out those HUGE containers of bubbles!! It was really neat and there were plenty of different type of bubble wands to try out! Be careful because it CAN get a little slippery when there are a lot of kids there. Paper towels are inside the area so you can wipe off the bubbles.

Also on the 1st floor of the science museum is the IMAX, any special exhibits, and a cafe and gift shop. 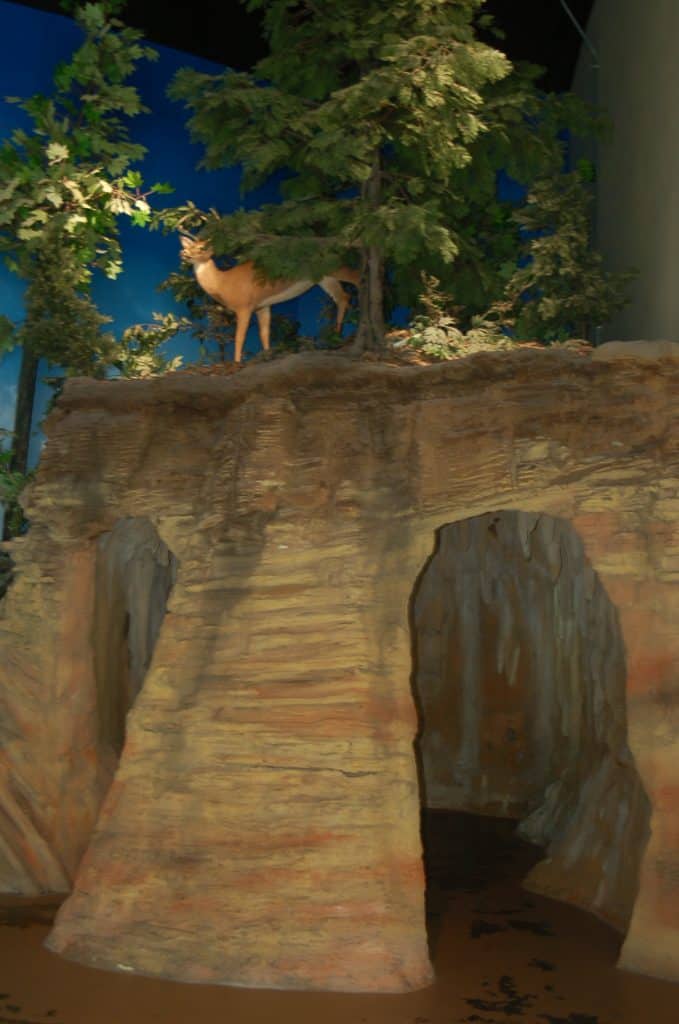 This wing of the Des Moines Science Center museum was really neat. This is where we spent most of the time with our older kids. When you get up stairs there are two main large rooms. The first is the “nature” room with live animals and a weather station where your kids can actually end up on the Des Moines news station!

There is a cave to crawl through, rubbings to create, plenty of live animals to see (snakes, frogs, fish, etc.) as well as an area where kids could create their own “news” station which actually played live on the local news station every day! 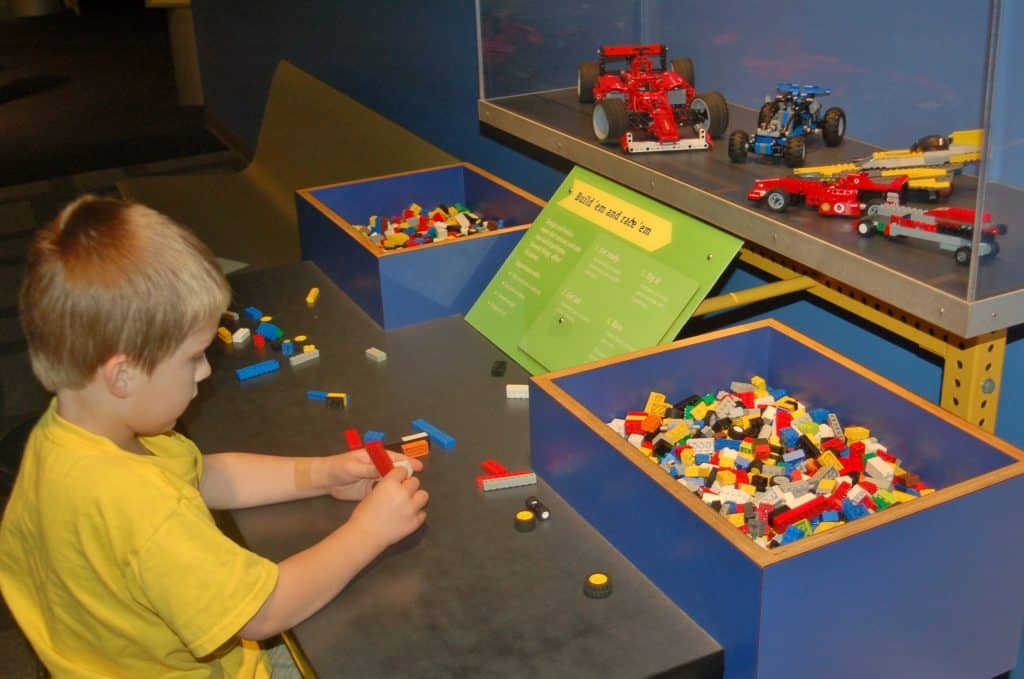 The other room is where we spent most of our time – you’ll definitely want to leave plenty of time for this room. My son & I built our own LEGO cars to race together. I was pretty impressed that his car beat mine every time!

There are TONS of LEGOs AND wheels to build your own cars and then take them over to the raceway to see whose car makes it to the bottom the fastest! It is also a very popular station when the museum is busy! 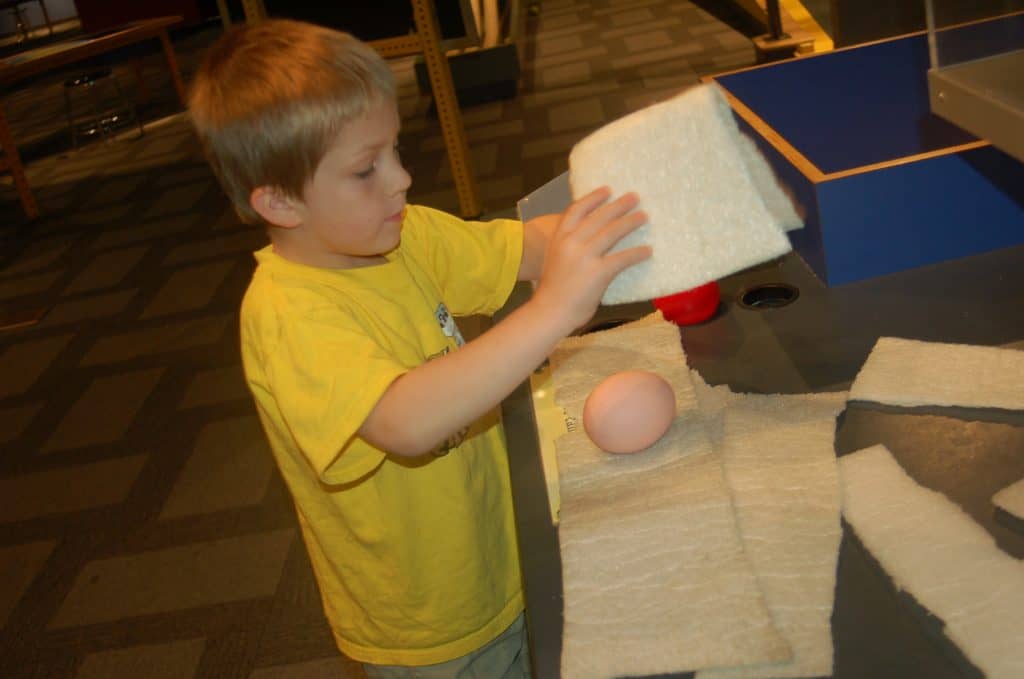 The egg drop is a big draw for my kids -it was SO cool! They have these big fake eggs in a box that you were supposed to wrap up with scraps of foam strips and straps to hold it together. Once you think your egg was padded enough you put it on the gigantic TALL conveyor belt shown below which would carry your packaged “egg” to the top near the ceiling then drop it down to the floor.

The point of course was to ensure that after the “egg” dropped it was still neatly packaged. 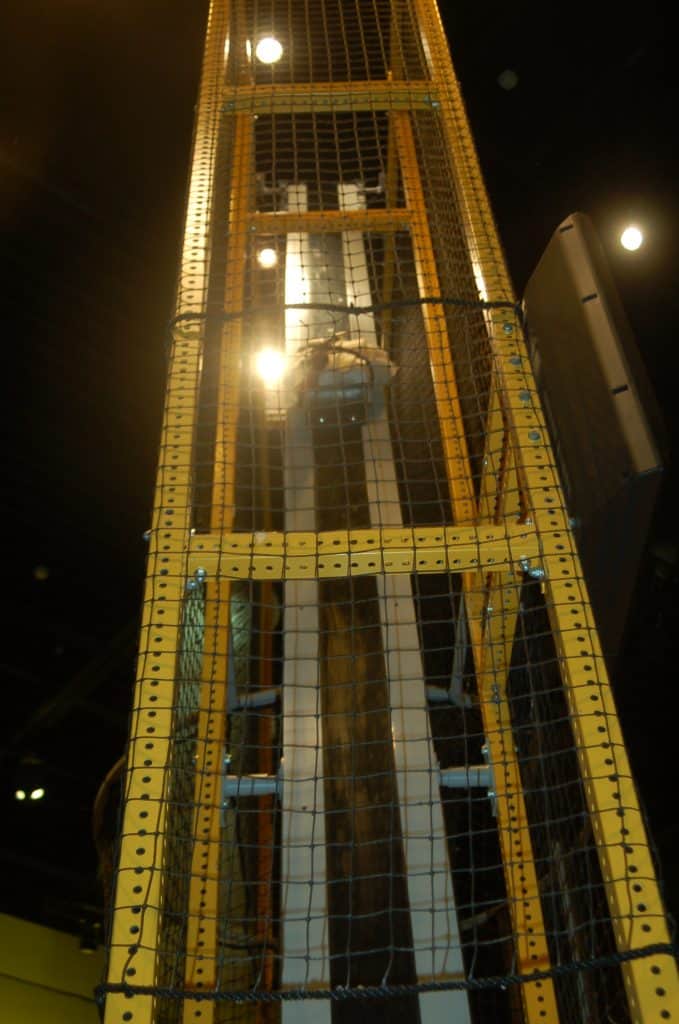 I thought this was a FANTASTIC hands-on learning opportunity for my son who is just 5 years old. He was able to experiment with different ways to wrap his “egg” and make predictions on what he thought would happen to his egg based on how he wrapped it. We must have sent 10 eggs up neatly wrapped before he moved on to another area. 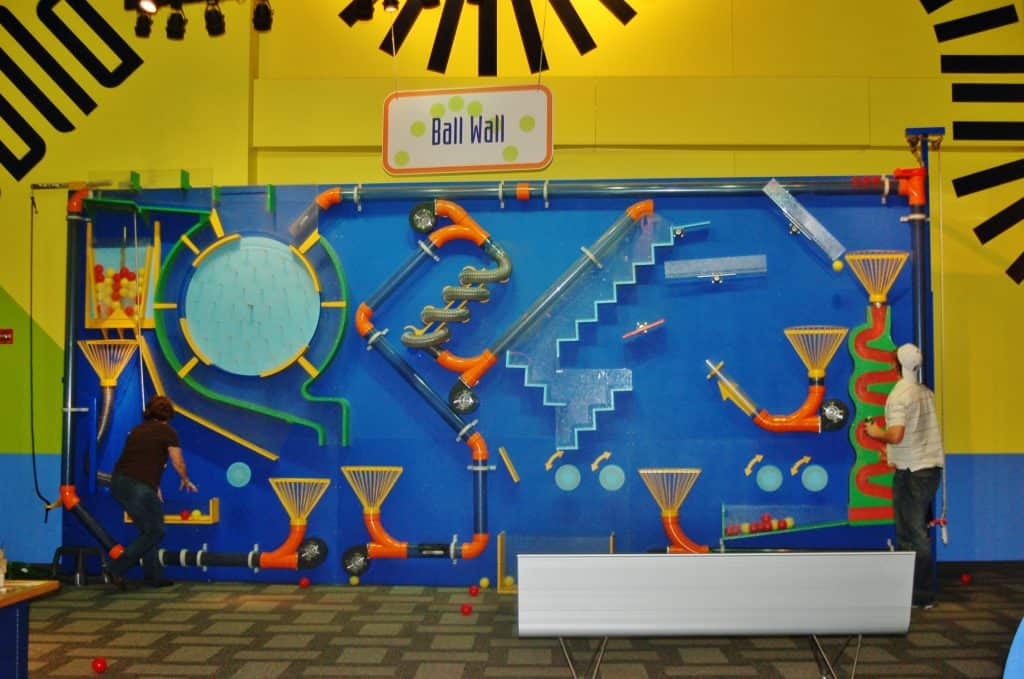 Also on the back wall was this awesome “Ball Wall”. I wish I had taken a video for you to see but you put the balls in the yellow cone-shaped baskets. The air would suck the balls through the tubs, across the wall and they would shoot out in different areas. So so incredibly fun! This is also the best spot in the room for toddlers and younger children to play while your older ones are experimenting in other areas.

There are also areas to build bridges, create electricity from water flow, shoot little cannons, etc. It’s a HUGE room with plenty of space to spread out Overall it is a neat science museum. The exhibits are well planned and well thought out. I’m glad we had a membership there for so many years – it’s great for rainy days or somewhere to go indoors in the summer heat.