While driving through Iowa last weekend we spotted a sign off the highway that said Covered Bridges of Madison County.

Although I’ve never read the book The Covered Bridges of Madison County or seen the movie, I’ve never seen a covered bridge and we thought it would be really cool to take a side trip on the way home from Omaha so we quickly pulled up these VERY easy maps from the county which labeled the local covered bridges and started our trekk down the mostly dirt roads.

Since we had our younger kiddos with us who probably weren’t up to visiting all 6 of the remaining 19 covered bridges we decided on four of them which were sort of on the way home. 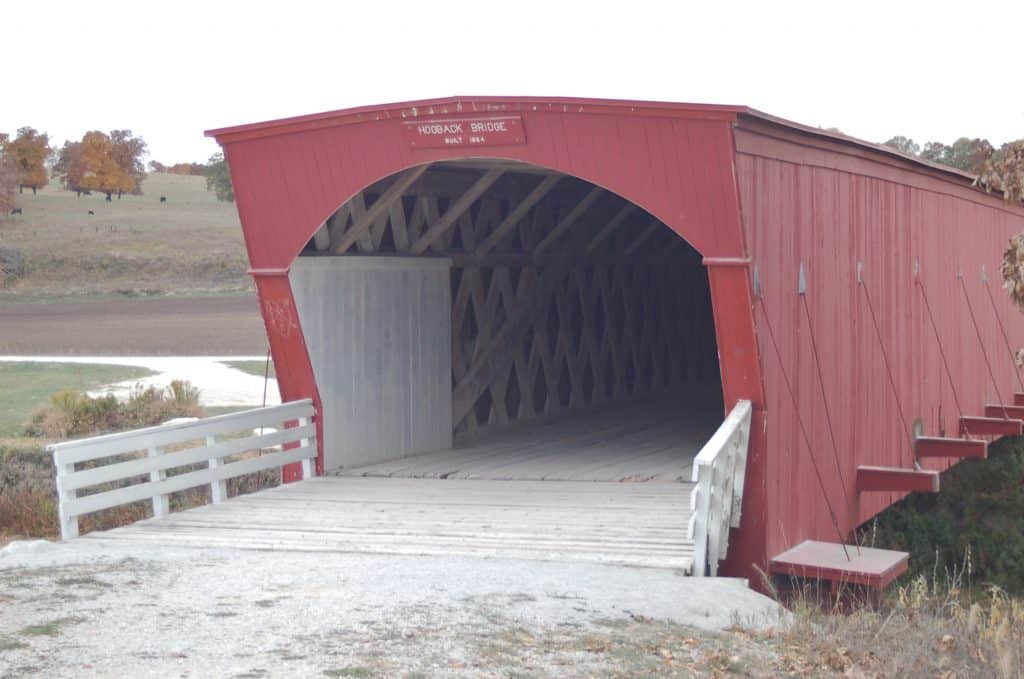 First we stopped here at Hogback Bridge, built in 1884. 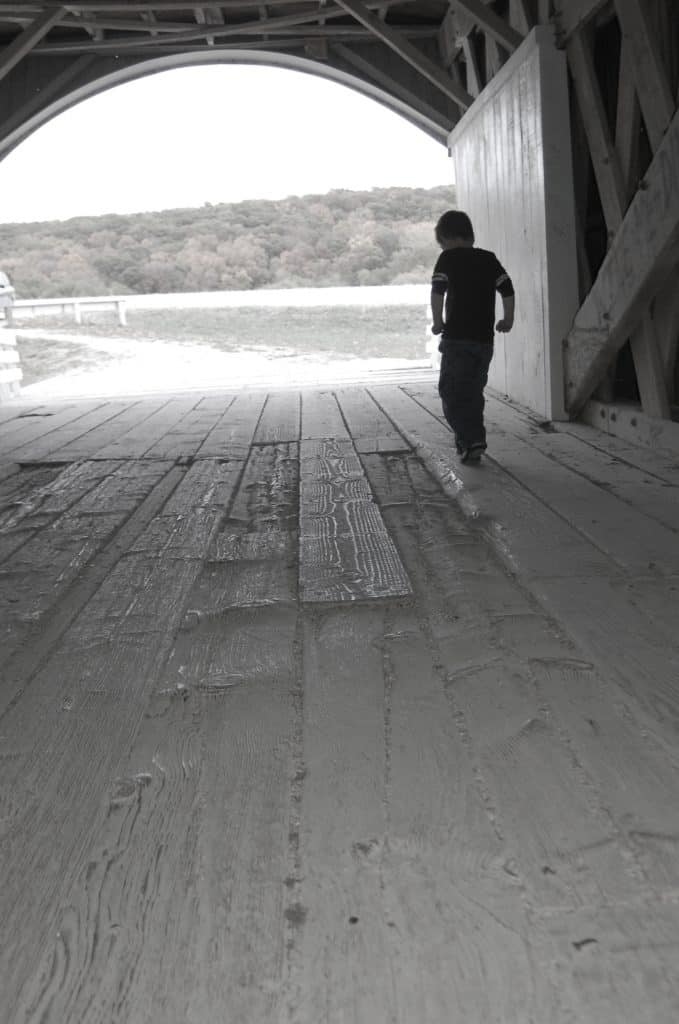 I wasn’t expecting to be so mesmerized by a big tunnel of wood. It was rustic and simply beautiful. I can just imagine horses and wagons crossing these bridges! 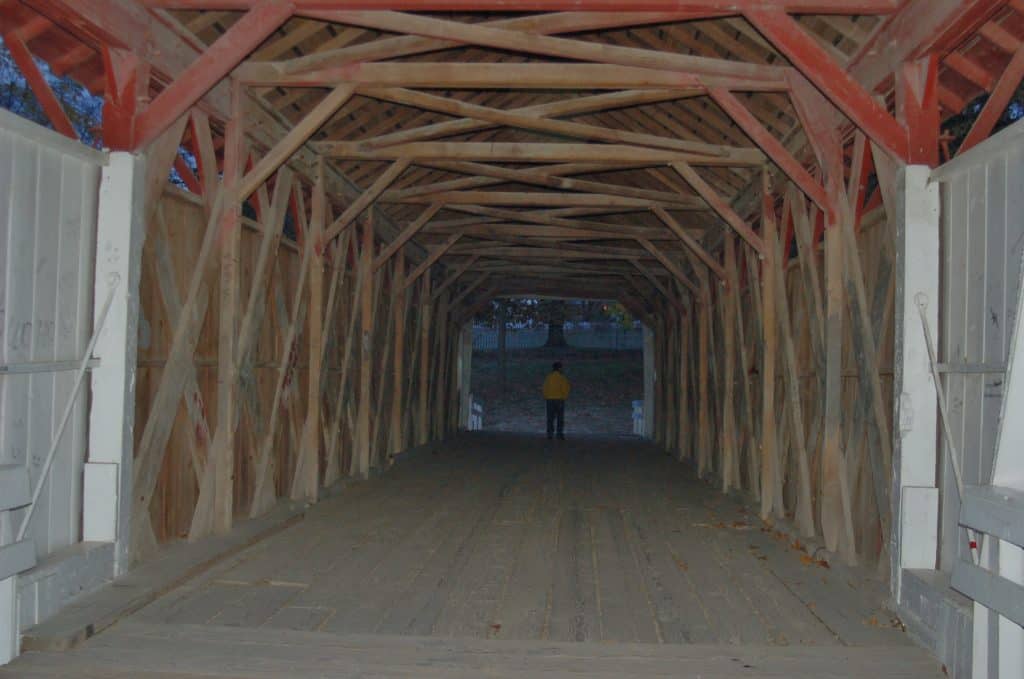 By the time we reached the next one, the Cutler-Donahoe covered bridge you can see that it was getting pretty dark out. This one was cool because it is actually located in a city park and the kids were able to walk directly under the bridge and explore.

I heard there was also a castle tower just down the road but because it was getting dark we didn’t make the trip down the road to see it. 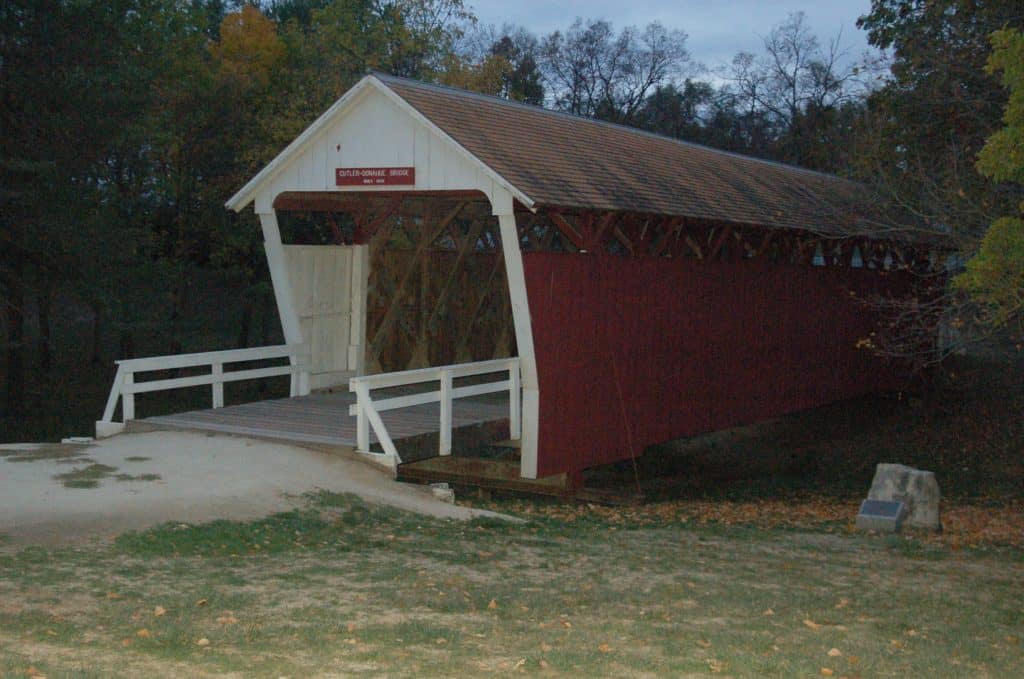 The Cutler-Donahoe covered bridge was built in 1870 and is located in the town of Winterset. (also the birthplace of John Wayne) 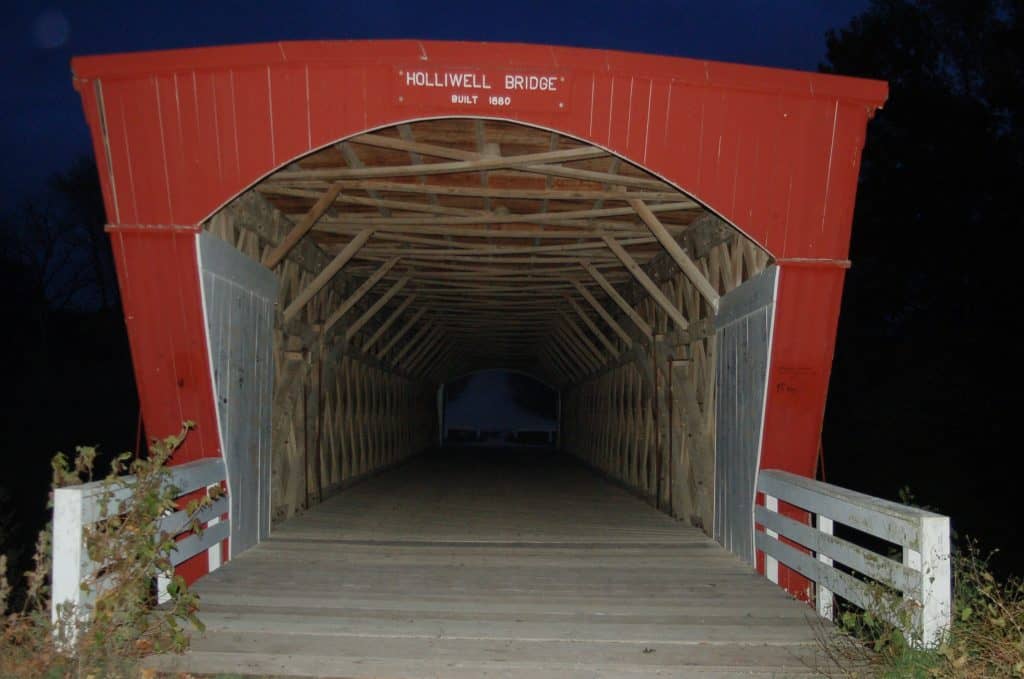 Next we visited the Holliwell Bridge which I was excited to see because it’s the longest covered bridge at 122 feet long and built in 1880. This is the bridge that was featured in the movie The Bridges of Madison County. 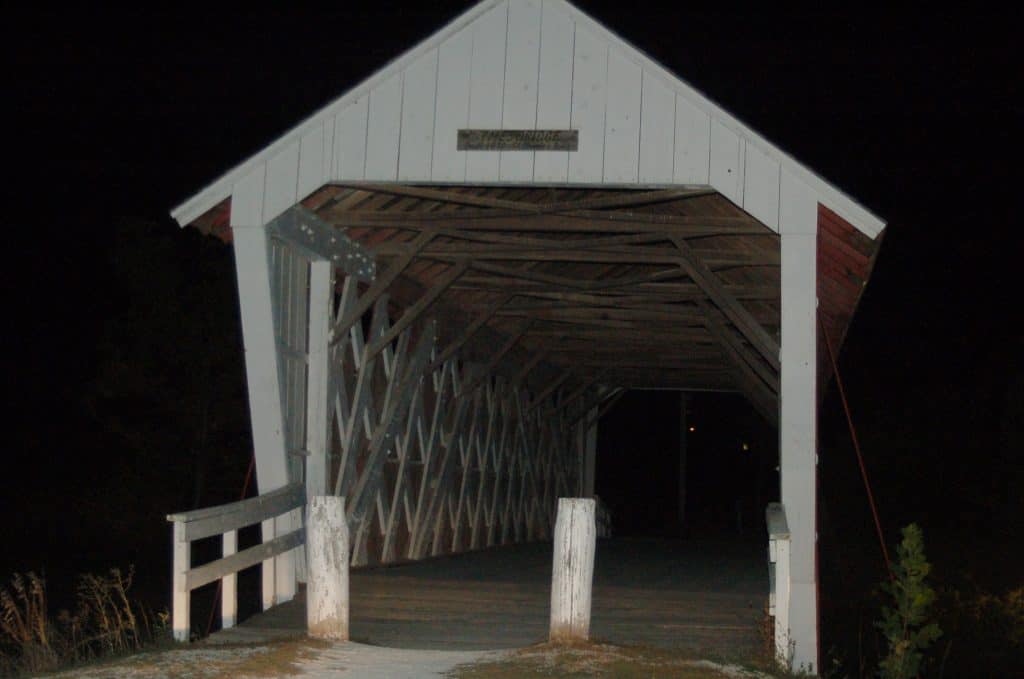 Lastly we made our way out through the city of St. Charles to see the Imes covered bridge. As you can see it’s pitch black outside so I didn’t stay long but was also built in 1870. 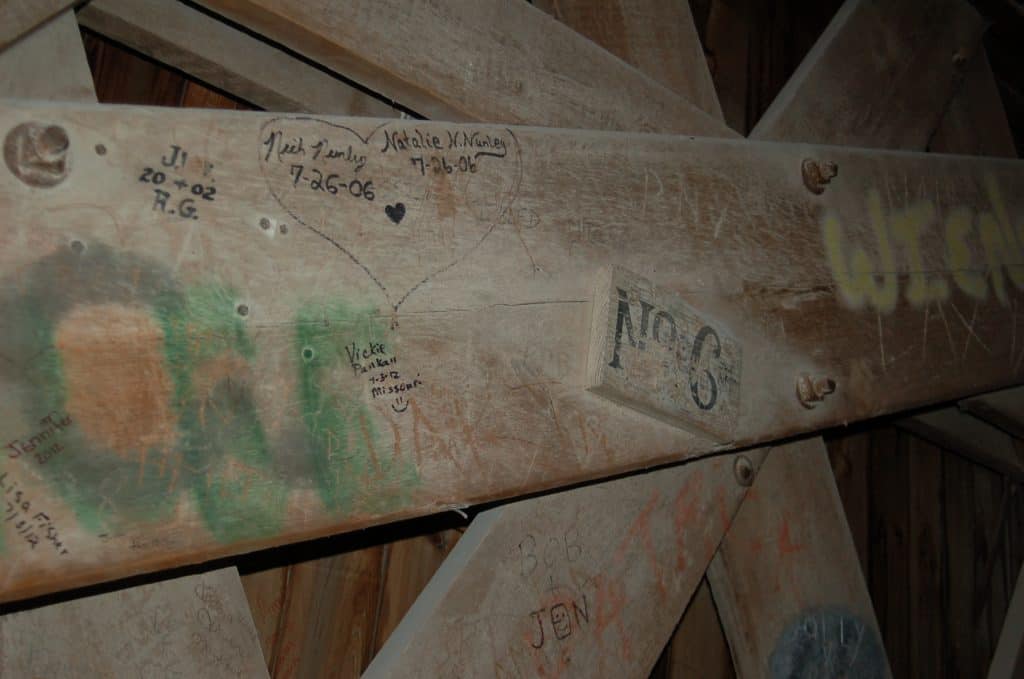 Each bridge had a number inside and tons of graffiti. It was interesting to see all of the stories and sayings written on the inside of the bridge as well as the dates. It really made it seem more timeless.

One other interesting location to note that we visited on the way into Madison County is the 1 room Stone Schoolhouse built in 1874 out of native limestone. 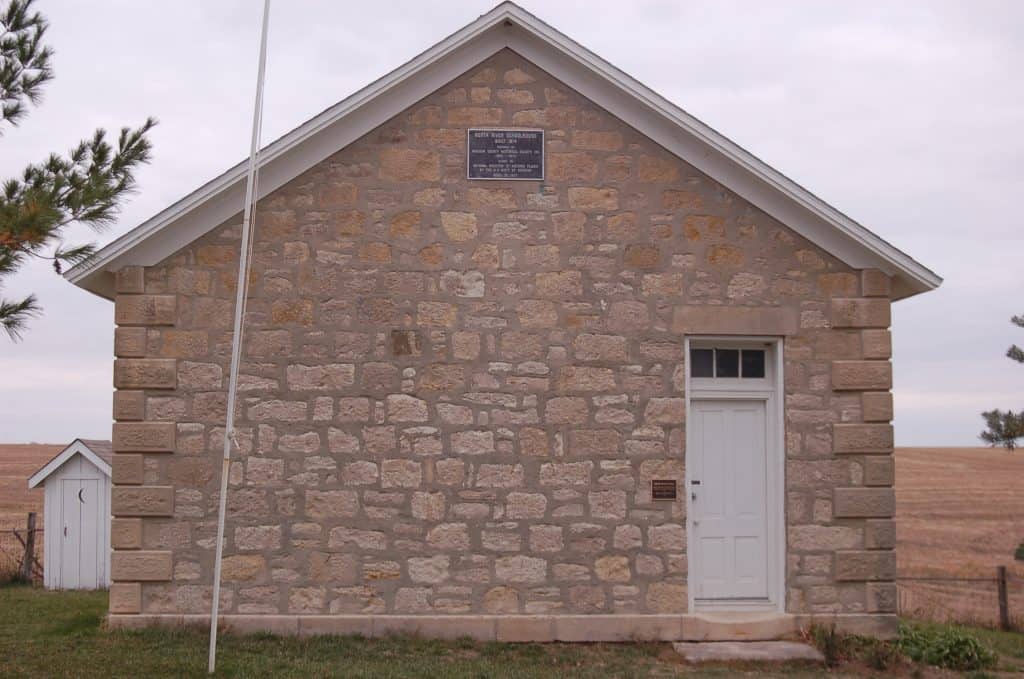 It was closed but I was able to peek in the windows and see which was pretty cool. 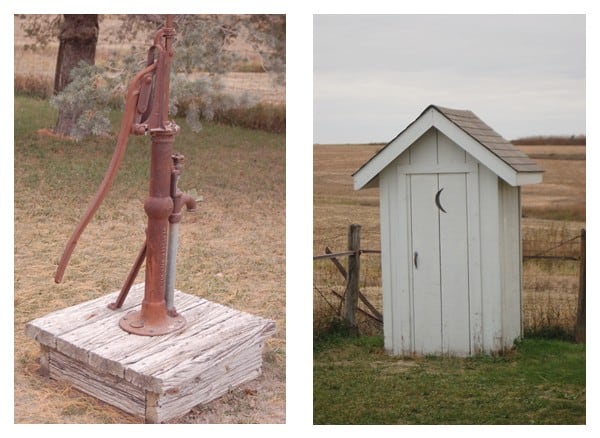 You can still see the water pump outside and the outhouse that the children used! I can’t imagine having to go to the bathroom during class in the winter!! BRRR!

I hope you enjoyed a little bit of the history that we visited over the weekend!

Want to see more travel adventures in the USA? Check out Exploration America! 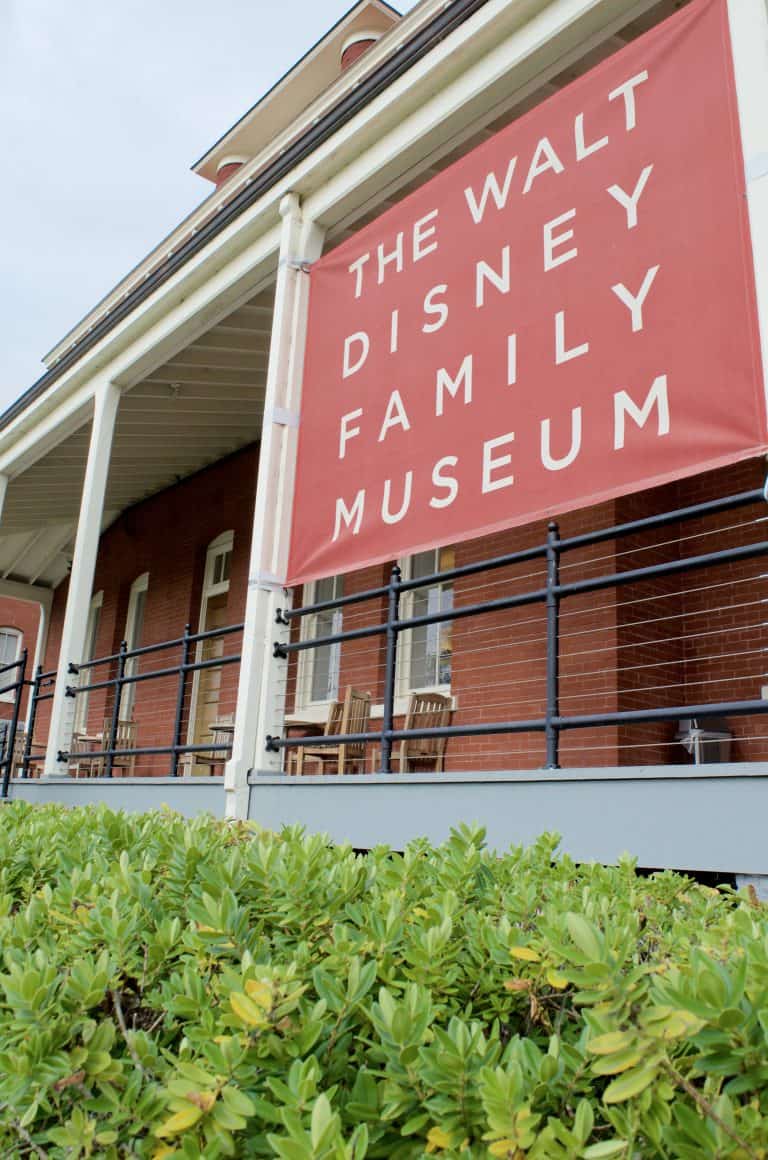