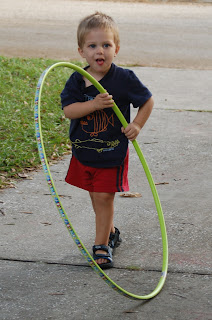 As a child I remember having a hula hoop

and the hours of fun it brought along with it. My oldest son has been asking me for a hula hoop and I said no way you’re too young…….until the other day while I was sitting in the waiting room at his occupational therapist’ office I heard him boisterously laughing and playing with a hula hoop in the back room!!
When they came out I asked his therapist about it and mentioned he had been asking for one. I thought he was too young. She then told me that they do a LOT of other things with the hula hoop rather than try to actually make it swirl around! So on the way home we ran to Walmart and bought 2 hula hoops, because I of course needed one for each child! 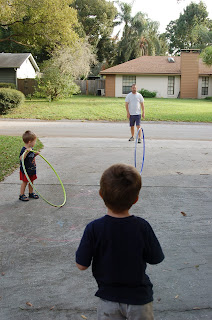 The main way he has been using it in therapy is by learning how to roll the hula hoop back and forth at different distances! Sounded simple to me but it actually takes younger kids a lot of coordination skills to do this!! The kids spent most of the afternoon rolling their hula hoops around on our driveway! I hadn’t realized what cheap hours of fun this would provide!

My boys also had fun holding on to the hula hoop and spinning in circles! It really offsets their balance so this was pretty fun to watch as they tried not to fall over while holding the hula hoop!! 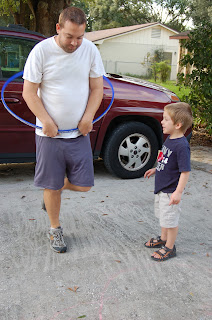 Next we played “jump rope” with the hula hoop. This definitely took more coordination than my son could muster for the day!! 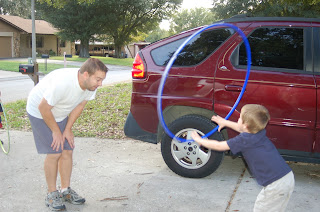 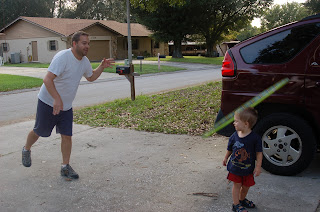 Since trying to “jump rope” was too difficult we tried something a little more daring – we decided to “lasso” each other with the hula hoop!! This was a lot of fun and I was surprised at how well the kids did! No one got clobbered…..too bad anyways! 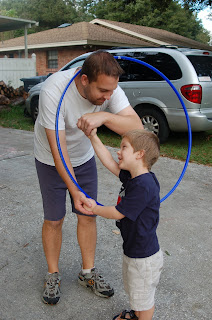 The last fun hula hoop activity we did I actually participated in but had to stage a picture here so you could see what I was talking about!! We all stood in a circle holding hands together. We then had to wiggle and wriggle around in order to pass the hula hoop around our bodies from person to person in the circle.
This was an AWESOME activity and we all really enjoyed it!! It really promoted teamwork and encouragement throughout the group. 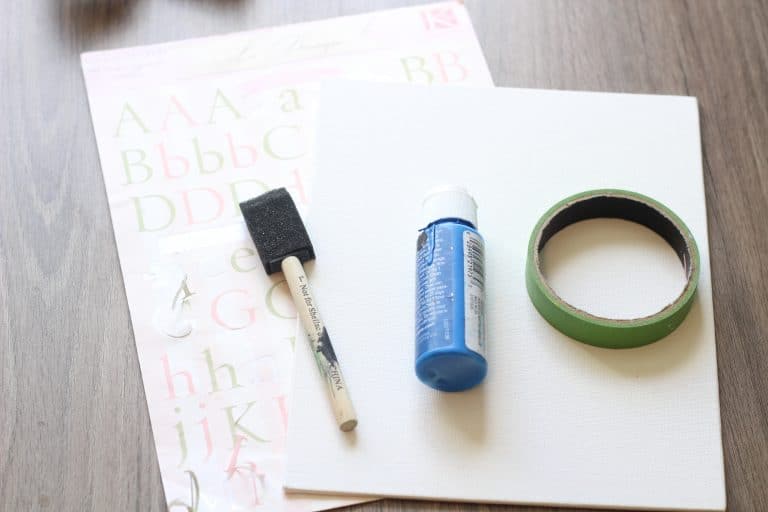 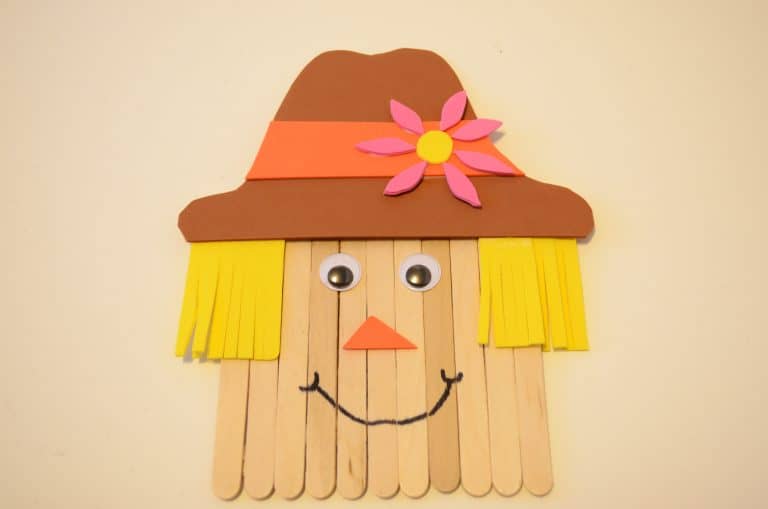